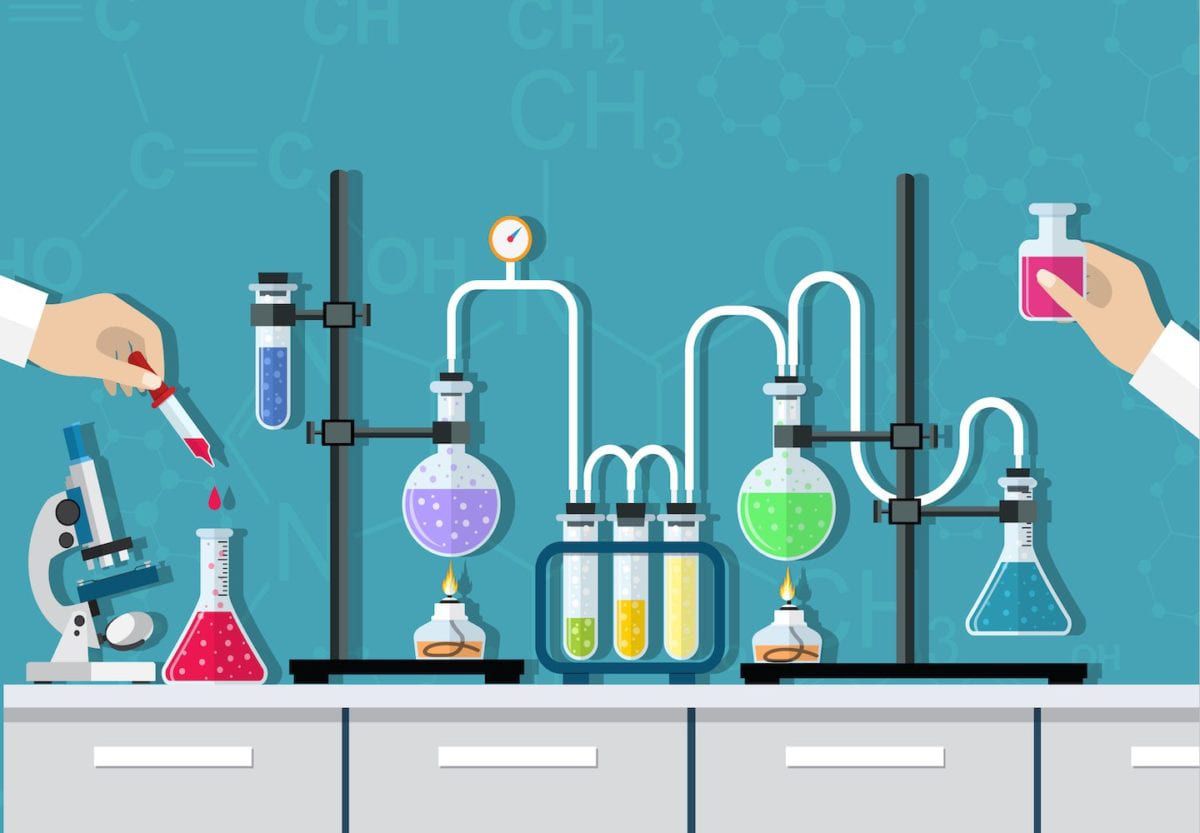 At the center of the vacant pale laboratory classroom, Sankar felt a mild yet unusual tinge of pleasure and anxiety as he watched the remaining specks of their cherished lunch slip away.

Clasping the spine of his oily leather bound Classical Dickens, he had recited his answers with confidence. Every stroke of nib and drop of ink had, in his mind, accumulated to the most sensational pieces of Organic Chemistry to have been conjured in the examinations.

His brows quivered with mild disdain as a throng of students squeezed through the door. Sankar only shared his indigo trousers with a matching regimental tie whose stripes crawled clockwise. He could not recall such an amalgam of pale faces and hair in the thirteen years basking under the Bombay sun. Here, Palo Alto could only mimic the weather; otherwise, the American schools were daunting. He’d have settled with an ordinary school, one where he could at least divulge his sorrows to a forbearing ear.

The professor – Dr. Pox – was an intriguing character himself. For a man who harboured an aristocratic sense of fashion, he maintained a humble and reserved personality throughout his career. The flick of the chalk and the swish of his robe would spontaneously command the herd within seconds.

“Today marks another day in my classroom for all of you. And as I see it in your eyes, yes, these are the papers. They have been thoroughly assessed, and might I add,” he adjusted his spectacles. “You all come with surprises.”

Sankar and a few others flicked away as Dr. Pox set a bundle over the hardwood desk with a bang.

“Most of you will revel in the news that you have successfully passed Organic Chemistry and go on to waste your lives further, as our youth does nowadays.”

The class exchanged a suppressed snicker.

“Some of you, however, may not be so lucky, in which case rest assured there will be a few genial avenues to your compatibility.”

Genial avenues, thought Sankar. What a way with words.

“Collect your papers when I call you and review them silently. If I see anyone discussing answers, the class fails as a whole.” Dr. Pox lifted a sheet. “Jonathan Adler.”

Sankar’s eyes followed the short buzz crop from the desk to the professor.

A pair of dark pigtails skipped to the front.

Sankar craned his neck. His heart rattled against his ribs faster as the call approached ‘S’. His confidence dwindled away as he observed his peers and their occasional yelp and shriek. His breath dragged to rasps. Perhaps the odds were not entirely grateful to him.

He burst off of his chair and waltzed to Dr. Pox awkwardly. He attempted to smoothen his fear with a sweet smile. Dr. Pox did not reciprocate it.

“Come see me after class.”

It was a sight akin to the horrific posters pasted over the local cinema. Sankar avoided the grisly murders, but ever so often he would muster the courage to catch a glimpse of the spatter of blood. Now, seeing the ferocious crimson gashed over his answers, Sankar felt weak. He tried his hardest to look away from the 11/50 bulging off the pages but failed.

The subsequent hour on Stoichiometry was a bore. The words were drowned away as Sankar cluttered his mind with illusions of the consequences. The fresh knot in his stomach only grew tighter as the class was dismissed for the day. He wished to cry alongside the wail of the bell.

“What’s the matter, son?” asked Dr. Pox. “I understand it was a tricky exam, but haloalkanes and polymers? We’ve reviewed this in class.”

Sankar gulped. “I had everything under control. I-I poured in hours of revision. There’s no way I could score so low.”

Dr. Pox sighed. “Look, kid, it’s going to take some time. Chemistry never came to anybody easy, otherwise we’d all be satisfied with what we know.” He pondered for a while. “Why don’t we sit together after school? We’ll brush up on the fundamentals and revise what you don’t know. That sound good?”

Sankar nodded fervently as he dried a teardrop under his left eye with his sleeve.

“It seems almost cruel,” he said. “What do I do about this score?”

For the three months, Sankar was glued to his desk in the evenings. The burden of his expectations hefted over his shoulders compelled him to quit on numerous occasions. Sankar did not budge; he would do it properly this time. By the book. Each Thursday, as the clouds splashed orange and the sun retired under the shimmering horizon, Sankar scribbled his notes under the watchful yet critical eye of the doctor.

“Time isn’t abundant, Sankar,” he would utter as he displayed the stopwatch. “We need to crunch down to less than five minutes.”

Eventually, Sankar began to witness a bloom. During lectures, he would raise his hand and crisply fire answers in a single motion, fluid as the twang of a bowstring. Under the blackboard, he would theatrically curve the chalk to integrated paraphrases, meticulously planned and executed at plain sight. He leafed through textbooks, carving every essence of the subject to his mind. He dismissed the occasional remark on his studies and mostly stayed to himself.

Even Dr. Pox was able to commend his efforts.

“Time isn’t abundant, Sankar,” he noted as they began to conclude their lecture. The doctor displayed the stopwatch, frozen at precisely three minutes. Perhaps more shocking than the time was the crafty grin pasted across his face.

For the first time in years, Sankar felt complete, as if everything was according to plan. After residing in his bedroom, under a dark overcast, he thrust his backpack against the door and laughed uncontrollably.

On the night before the finals, Sankar could hardly squeeze his eyes asleep. He tried to shake his excitement away by walking around, yet stumbling in the dark did little to satiate his insomnia. He settled on revising for tomorrow and balanced the textbook on his knees. But the battalion of texts riled up against the paper and the slithering diagrams was the executing force that drove him under the covers.

The morning was hazy, but Sankar maintained his composure. The paper was graciously scheduled first in the morning, such that he could catch some rest afterwards. His plans for celebration scurried around his mind, but he cast them aside. For now, the looming hurdle lay just ten feet before him.

“You have been allotted two and a half hours for the final,” said Dr. Pox. “Read each question carefully. I will not be entertaining any doubts and any student caught cheating will lead the entire class to fail.”

He checked his timepiece. “Good luck. Your time starts now.”

Sankar raced through the questions as his nib scribbled against the sheets. There was an unusual fusion of mathematics and writing. He didn’t think much of it, but eventually the paper began to wear on him. The maths portion prodded at his sides, diabolical variations of the subject he abhorred the most. The diagrams in the paper were aesthetically unpleasant and shared no common details with the ones beautifully scripted in his notebook. Sankar had to endure the torture for another two hours. He witnessed his final ledge: the short answer questions.

With less than half an hour, Sankar’s handwriting began to decay to scrawns. His elaborations were just about to cross to the last page when he noticed the buzzed cut boy pace to Dr. Pox, paper in hand. Flustered with fresh panic, Sankar began to write faster. His palms ached and yearned to stop. Now more students were turning their papers in. He ended at an awkward scribble at the very edge of the sheet and thumped his palm against the desk.

Three weeks passed by as Sankar, in his usual zone at the center of the classroom, watched the clock tick away. There was no suspense for the enticing results or any period of celebration. Sankar felt empty. At the end of the lecture, as the joviant bunch fled the classroom, Sankar noticed the last paper on the desk.

Sankar slammed a fist on the wood. “That’s barely anything! Three months of sleepless nights and studying, and it led to this!”

“No, you don’t! You promised me we’d work together on it and I would improve. All this time, I trusted you, and-”

“You are not entitled for my help!” shouted Dr. Pox. They both fell silent.

Dr. Pox flipped the sheets. “Below I have your assessment three months ago and your final three weeks ago.”

Sankar scoured through the pages.

He lifted the sheets and began to read out loud. “Describe the properties of amines. Let’s see : ‘Amines are generally basic and can work with alkyl.’. That was your answer before.”

He swapped the papers. “Same question, but this time: ‘When coupled with nitrogen’s electron pairs, amines subsequently behave as nucleophiles and are susceptible to the nucleophilic substitution reaction.”

“Don’t you see it? Your command of English is so stupefying, I gave you a perfect score in the short answer prompts with extra marks for presentation. You improved because you exploited your talent to the fullest, and that is all that matters .”

“But what talent, sir?” protested Sankar.

There are no adequate means to accurately measure intelligence. In a world diversified with fields and professions, intelligent is a broad umbrella term for excellence and mastery. Yet we still continue to associate certain subjects like math and the sciences as superior for their objectivity and logic. For those whom the subject comes easy, they are rewarded as being ‘intelligent’ and ‘sharp’. Whatever happened to English, humanities, and the arts?

Sankar Shetty is just one of the millions of students who have been narrowed under the path of STEM whether they like it or not, whether they understand it or not. This toxic mentality of marginalising certain subjects over others leads to apathy and ignorance. A world where Hemingway’s eminence and credit was regarded to a lesser degree than Einstein’s solely based on the subject is a dystopian. Intelligence must not be arranged as a hierarchy. Similar to how the vast ocean diverges into calm lakes and ferocious rivers, intelligence is the ability to master and excel in the pursuit of universal truth.