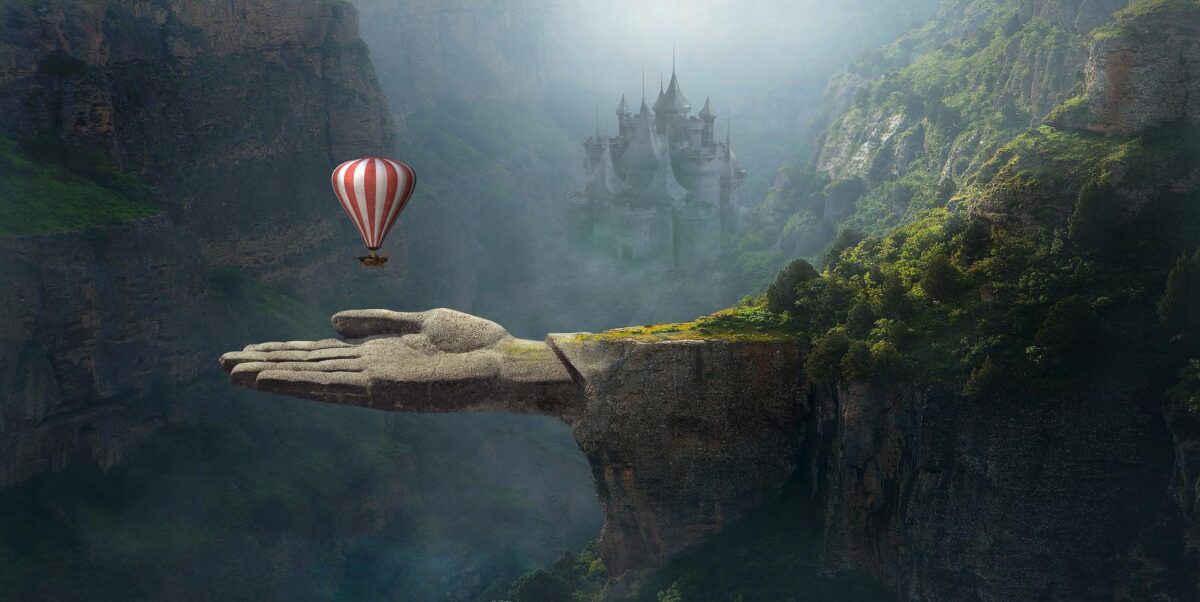 I live in a place that is surrounded by little hills, and houses stud them in waves. I often watch the semi-green footpaths in our neighbourhood – they are dotted with small plants, big eucalyptuses, often there is a little front-garden with seasonal flowerbeds alongside. While walking up and down the hill on which my house stands, I try to still my mind and enjoy the scenery around. My track has different appeals at different times of the day, but mornings and evenings are always precious with various shades of red and yellow creating astounding effects on flowers, leaves, and windows, making the scenery quite picture-perfect.

Occassionally, I take a sniff-stop by the side of a neighbour’s house who has aromatic narcissus planted on the side of the road. Today,  on a nearby place, I saw an unknown yellow flower with three maroon dots organised in a very interesting way – it was almost a smile and it immediately lifted my mood.

The pleasing sight of those lawns and gardens, often enhanced by a bunch of intoxicating narcissus with a background of tall series of eucalyptus nearby, gave rise to some questions in my head.

Do I want to grow like grasses do?  According to the principle of “majority rules”, follow the latest trends, try to comply and conform! I have always felt apalled by the sheer thought of it! I can appreciate the concept of uniformity by a pattern within a bounded space or context. But, I always felt that the novelty lies in being unique and not in being uniform – although both can be aesthetically pleasing. Historically, development and progress of any society is a result of life’s work of uniquely curious, selective personas – spreading the aroma of their knowledge and deeds over decades and centuries. They were not always embraced by the society when they lived and contributed towards the future of the human race, but often revered later.

Do I want to be like a connifer that can shelter many other lives? I don’t think one can try and become such a person. Usually, a person forges his or her path in some special manner towards a goal of their own. Being someone special is an effect of it and can’t really be a goal for anyone. Due to their achievements of some sort in life, other people become guided by them and hence, respect them.

Like many others, Steve Jobs (co-founder of Apple) also asked himself the same question and I found his answer in the following:

“Keep Looking. Don’t Settle for Little, Stay Hungry. Stay Foolish, Follow Your Heart. There is only one life and you ought to give it your best shot “.

Most societies promote a pattern for successful living – education, job, family, savings for retirement, etc. As a child grows up, parents in particular and society at large try to imprint this path into our brains – the aim is to create a template that one can safely follow and not regret too much, or get wasted too quickly.

When I grew up, the only goal for us, was to have financial independence. I did reach my goal in due course. But, we never had any breathing space to indulge on the thought of “following your heart”!

Decades later, here I am – listening to the motivational video posted above and thinking: “Have I become the best person I could ever be? Did I explore enough? Did I give myself enough opportunities to figure out the right things for me? Am I a success-fool who followed the notion of success handed out to her or was I actually able to carve mine?”

Not everyone is like Mozart or Beethoven or Einstein who knew what their callings were! Most of us try different things and choose from a pool of options at certain times of their lives. I did what I could. On the hindsight, I would do lots of things differently. But, perhaps without the knowledge of the future outcomes for each of the paths taken, it is impossible to infer the best outcome. Life is like that!

I think being successful means reaching one’s highest potential – it is extremely subjective and very personal.

So, how do you feel? Are you following your heart? Think again – there is only one life that you’ve got!

Image: By Stefan Keller from Pixabay.