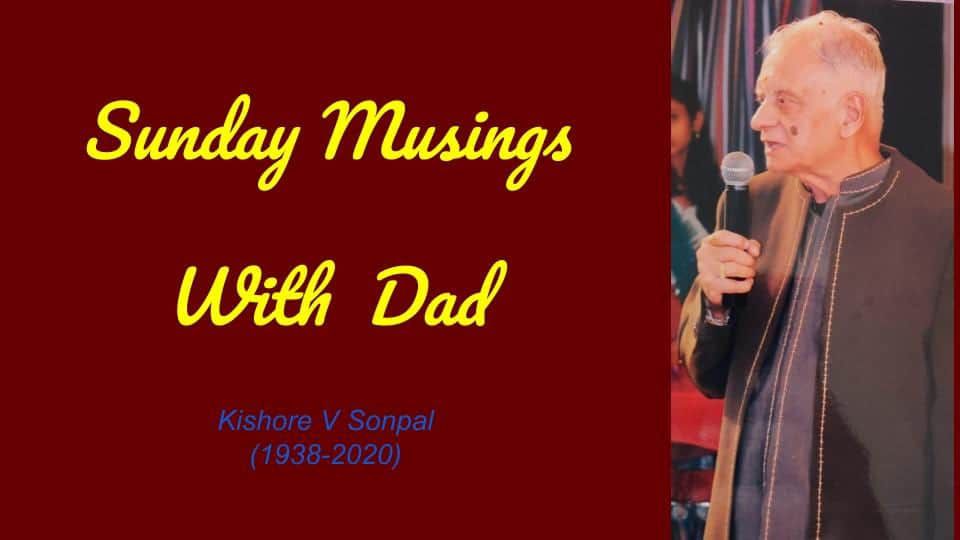 Eleventh in this series, where I share my Dad's writings and what I found as inspiring.

My dad Kishore V Sonpal, was just short of 82, when he breathed his last on June 12, 2020, 01:24am. He built the habit of maintaining a diary right from his late twenties, when he took up his first job with Indian Railways, way back in 1964. His writings have stood the test of time. They are as relevant today, as they were, when he penned them down. I am sharing third of these diary entries. Just like me, hope you will also find subtle meaning in his writings. 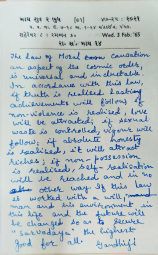 Transcript of the Image:

An aspect of the cosmic order is universal and indestructible. In accordance with this law:

If this law is enacted with a strong will,  man and his environment, in this life and in future will be changed so as to secure “Sarvodaya”, the highest good for all

Dad was a lifelong follower of Gandhiji. Right from his childhood, even before independence, as a young child was deeply influenced by his speeches, some of which, he was fortunate to hear in person in the two cities where he grew up, Bombay and Ahmedabad. Later on in life, he started reading his books and his book collection today has a complete section of the choicest works by Bapu himself and by others writing on him. For such an ardent follower, his noting of the above law was proof that he deeply believed in this law and implemented it in his life, wherever possible.

A stickler for honesty in personal life and integrity when it came to organisations that he was engaged with, he had a strong belief in the above law and stayed true to it, till his last breath.