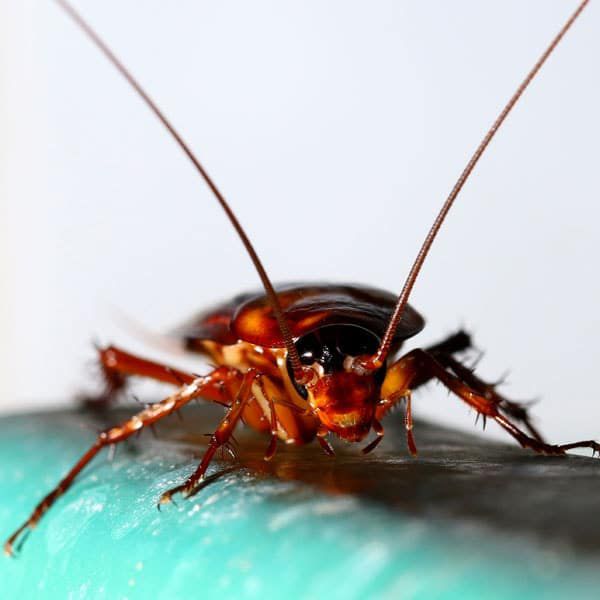 That Day I Lived On!

A short story inspired by a Black Lotus RAK

I know I don’t die easily. I have been gifted with extraordinary survival abilities. I just wish I was given good looks and a respectable place to live too. It would have changed my otherwise “miserable” existence. But that’s perspective, isn’t it? My life isn’t about things considered “great”. I survive, my fellow beings survive, and we play our part in general. If we don’t die easily, it must be for a purpose.

My species is confined to what humans consider gross, stinky, revolting, repulsive. Humans are clever, they make things, they use things. We cockroaches don’t have those abilities, not other animal or insect does for that matter. That really makes us feel humans are superior. But we are special in our own way. We can survive pollution created by these supposedly superior human. We can be underwater for forty minutes, eat just about anything, we molt and even regenerate our body parts if hurt. We have lived and thrived from the age before the dinosaurs. We are strong!

I live in the drain pipe of a house. When the lights are gone, I scurry around the house to pick up the tit-bits I need. We are fewer here – unlike larger colonies. My neighbors are a large group. They inhabit or rather infest a that house has more stuff to feed on. The residents there leave their junk scattered around. But I have been told they also go on frequent sprees to kill the colony. Sometimes they take to beating up my friends to death, at times they tempt the colony with dangerous food, sometimes they spray a poison – that’s the worst. But still, the colony survives and gets back to infesting the house. It’s a cycle.

The house I frequent is cleaner. The chances of getting food are lesser but the place is safer. I guess since the residents don’t litter, they don’t expect us to be around. We make sure that they don’t see us in the day. In fact, they may be ignorant of our existence. On some occasions, I have encountered the humans but not for long enough to give us away and create cause for concern amongst them.

It was strange hence, when I saw light in the house during my nightly food hunt. They should all have been sleeping at that time. I ought to have been more careful at the aberration, but my drive for food was stronger than the sense for safety. After all, I am a lowly species driven by base instincts. So, I scurried around a little more cautiously than usual. I wanted to avoid those humans. If they saw me and maybe a few other, they could jump up to exterminating my colony. In spite of the care I took, it wasn’t the best thing to do.

We cockroaches are also gifted with great reflexes and the ability to fly quickly and escape. On the few occasions that I have come too close to humans, I have flown. It is quick and creates surprise and also fear and revulsion – great cover to escape somewhere safe. But that night was different.

As luck would have it, I stepped on something very sticky. I couldn’t move. My legs on one side of my body were stuck. As I struggled, I saw a huge object coming closer. It was definitely a human foot. All my fears were flashing. I tried desperately to escape.

But humans don’t understand us, do they? They can’t sense our fears or our needs. Sometimes they don’t notice us either.

I am guessing this was the situation. The human must not have noticed me. Else the reaction would have been different. As I struggled to free my legs, the step came upon me – missing my body just slightly but severing off two legs on one side – the side which was stuck. There I was, crippled, in pain, afraid as never before. Stories of my friends facing miserable deaths – bring beaten, being choked by spray – all came to me.

I dragged myself as much as I could. But I knew I was exposed. It wouldn’t be long before I would be noticed and dealt my death.

As I expected, I could see something coming toward me. It wasn’t a step this time. I looked like cloth. I guessed I’d be gathered and crushed. At least it was better than dying of poison. I hoped I’d at least be dealt a quick blow instead of having to suffer a slow painful death. Still, there was the survival instinct which prod me to seek shelter – which I could see was much farther than the object coming to sound the death knell.

As I struggled, it happened. Everything turned black. I wasn’t dead yet. I was wrapped up. Somehow, it wasn’t painful as I was expecting. Just covered. Oh! If only I could somehow escape. What lay ahead for me now? I was trapped. It was the end.

But that didn’t happen. It was surprising. I was laid down – it was done very gently, on a pile of junk. The cloth receded. Scared as I was, I again tried to push myself away but the cloth had vanished. I saw the human looking at me. Her expression was different. It wasn’t the scornful one I had seen on others earlier. Her eyes were undoubtedly showing revulsion but she was also smiling. It was very confusing. She turned and as she did, I could glance at an object in her hand. I will remember what I saw for the rest of my life.

For some reason, I know this had saved me. I don’t read human language but I do feel some vibes. The girl looked back at me, touched the object and walked away. I crawled away to a safe place. After a while, I molted and was back to my whole self. I scurried back to my sewer-home thanking my lucky stars. Maybe it wasn’t just luck, it was the person – she was different. As much as she seemed to dislike my appearance, she hadn’t killed me, she had saved me as best as she could.

I can’t change what I am made to be. I still have to scavenge her home for food. I have to live out my repulsive life as I did before. But that girl changed something in me. I realized that humans could be much more than they seem to be. That day, I lived on to respect those few who make a difference.

1) The screen shot is a suggested Random Act of Kindness (RAK) in the Black Lotus app.

2) I must confess I can’t put up with cockroaches. Yet over the days, from detesting them, I’ve moved to acknowledging them as other living beings with a right to live on. I still have a long way to go to be completely kind to them.

3) The thin line between protecting our home from pests and being kind is something a person must figure out for oneself.