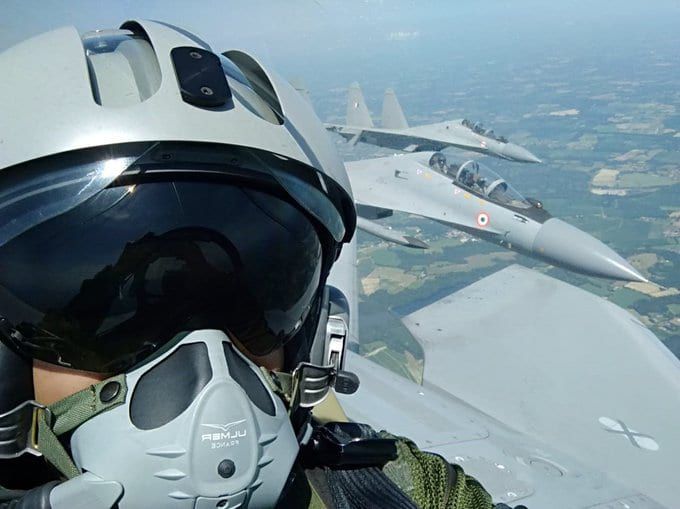 All he ever wanted to be was  a fighter pilot.

He first saw a plane flying above his house at low altitude when he was just 7 years old, since then he had 1 and only 1 aim, to be a fighter pilot. Luck would have it differently as 1 year later he was diagnosed with Myopia and was put on prescription spectacles with the doctor assuring him that by the time he turns 18, his power would become stable and he would be able to have his specs removed through lasik surgery. He was overjoyed and his dream became even more stronger. Everyday he would learn something about aeroplanes, how they fly, how they turn, what weapons does it carry and of-course the uniform and Aviators.

Fast forward to him turning 18, the doctor gave him a bad news, his power was not getting stable and in-fact it was increasing yearly and was told that he could not undergo surgery unless his power gets stable, and that he will have to wait longer for his dream to come true. He studied engineering hoping to get his power stable, but as destiny would have it, still it was not coming under control.

Again fast forwarding to his graduation, his power has increased to an extent where even after undergoing lasik he will have a very high residual power. All his dreams, his hopes, all that waiting time of his life wasted. He just didn’t knew what to do with his future, as he never had any backup plan, all he ever wanted to be was a pilot. This deep anger and frustration was building on him inside everyday and being the younger one in the family he could not vent out the anger at his home, and none of his family member even understood what he was feeling. He felt alone and angry, now the same sighting of a plane use to fill him with more anger of not being able to achieve his goal rather than filling him with josh as compared to earlier.

Moving fast forward to current time, he is sitting in front of his laptop at the office figuring out how to write that query to make a report and his manager giving him a tough time for it. How his future in the firm might be in jeopardy if he cannot complete a single task in the given time and how the company will let him go, query finished, report tested, he comes back home only to either aimlessly scroll social media or watch porn he has no idea what to do with his life anymore, ya he is into meditation and spirituality but it is not as if he has experienced divine bliss, he is just frustrated and that frustration comes down on his family members who have been pushing for marriage and every time they talk to him about it he wants to blasts them on phone, but cannot since he is the youngest in the family.

Only solace he finds is when he is at a beach or when he is near any airplane, the peace that childhood dream of having wings just takes over and the bliss he experiences cannot be described. One day while scrolling he finds a flight game and a flight simulator. Now he is hooked at them, even though he is not good at playing it, he spends time and he feels that he is a pilot himself, channelling all that dream and frustration into something that he feels complete him.

Moral of the story- dreams if not fulfilled may become a major factor in your emotional and mental peace and stability, find a way to work with them.

Ps – I first wrote this post in Sep-2020, since then it was lying like this until my wife insisted that I complete the post and have it published here. Kindly let me know any mistakes that I made and how can I make my writing better.

The Lord of the Universe : A Poem
Three Hundred Sixteen Days in a Row