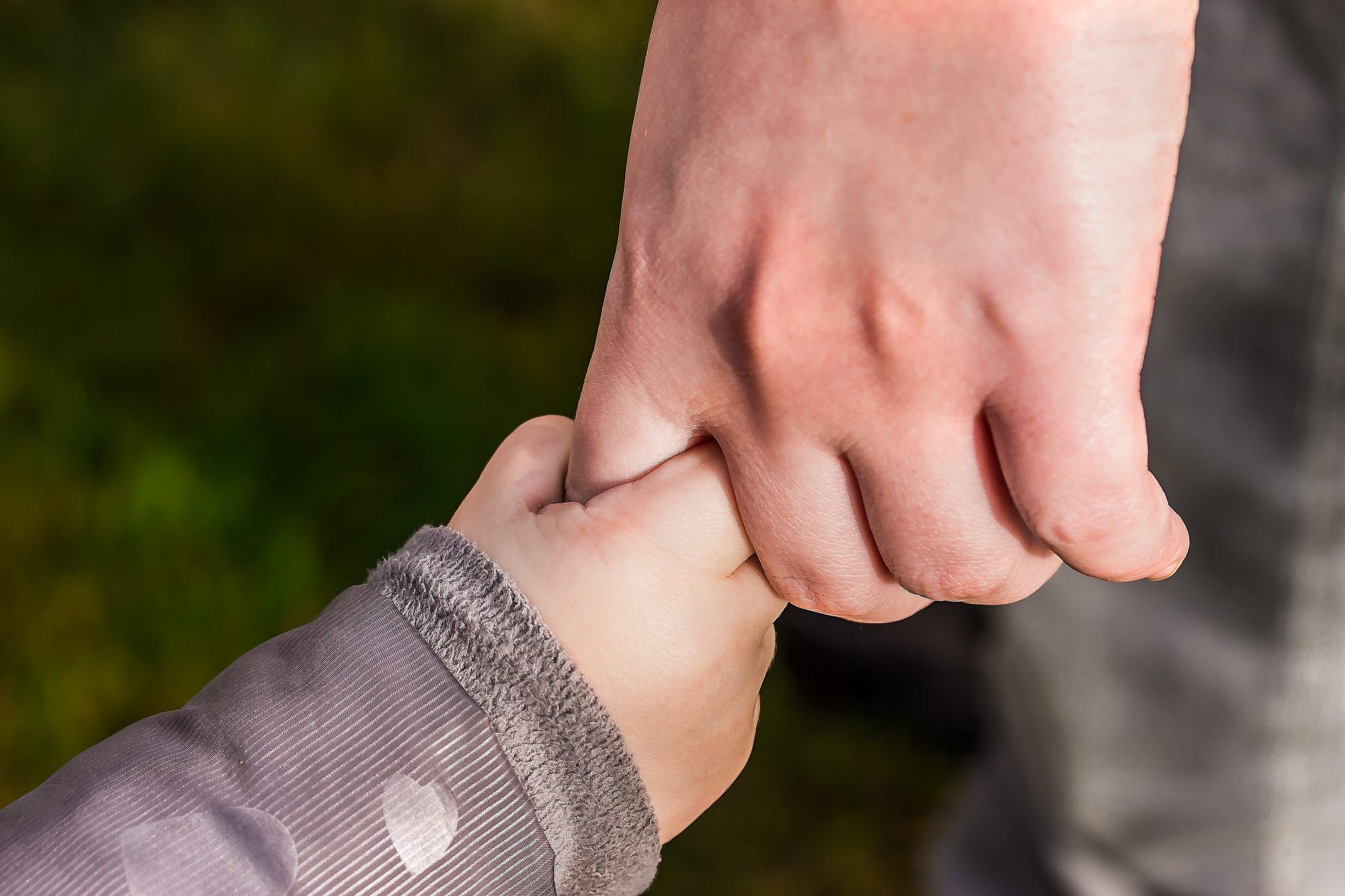 The 45 minute answer by Swami Ji

I asked a question after ~2 years and Swami Ji's answer shook me.

Hear it, right from the Source:

Who are these Om people!?

I’m sure this question has come to your mind at least once if you have come to the Ashram or have read the names of Swami Ji’s disciples and devotees in books or on social media. But this is not what I asked!

The simple answer to this question is, just like we use our biological father’s name as our last name, once initiated; we carry our Spiritual Father’s name (Om Swami Ji😊) as our own, hence Mohit Om. It’s the greatest spiritual blessing, an unconditional acceptance of who we are, a new beginning and a subtle responsibility in disguise. Dug deeper, one can realize the infinite potential this initiation and the mighty lineage (of which I didn’t know much) holds for us. But is it that simple? I doubt. Read on.

For some reason, I shiver and squeeze in front of Swami Ji (think of a mouse holding a laddoo at the feet of Lord Ganesha). If you’ve been fortunate enough to meet Swami Ji in person or if you’ve had the blessing to catch his glance, you’ll know what I mean (or maybe not!). That gaze pierces through you and one stands bared with all the insecurities, tendencies and whatever is in the heart, mind and soul. Good, bad, ugly, everything. Not for a moment, I’m suggesting that it’s scary or it instills fear of any kind, but it’s just very different from anything one may have experienced.

For this reason, I fail to muster enough courage to ask questions plus whatever is there worth knowing, Swami Ji has already spoken about it here, here and here. However this time, it was slightly different. This one particular question was on my mind since Swami Ji’s birthday event in Nov’2019, but as I mentioned, I don’t find the strength to look in those eyes and ask a question, I had let it go. Come December, I was fortunate enough to be back at the Ashram for the New Year’s event but the urge to ask this question didn’t leave me and I sheepishly asked the following question after practicing it a 1000 times in my head. It was the first question of that evening:

(Dearest Swami Ji, you have briefly touched upon our lineage in the past, please grace us by speaking about it in detail; where did it begin, how did it move forward and how has it come this far?)

I was almost gasping, to the point where my glasses had mist around the edges by the time I finished asking this question. Imagine that same mouse looking at its Lord with a devotee’s prayerful eyes, seeking an answer with folded hands, ready to absorb everything Bhagwan was about to reveal.

Here are the excerpts:

“Bhagwan Narayana gave a mantra to Ma Mahalaxmi for sattvikta (because Ma somewhere thought that I am the reason behind Lord Vishnu’s grandeur and glory)… Bhagwan gave the mantra so one could grow spiritually and live in the devotional sentiment of Lord Narayana… 1st river!

As time passed, Ma gave it to the Sannath Kumaras…

Lord Narayana also gave the mantra to Devrishi Narad Ji. Later on, Narad Ji gave it to his disciples in the disciplic tradition and it carried on in the parampara.

At about the same time, Lord Shiva gave a mantra to Ma Parvati, for ultimate dispassion, Ma passed it on to the sincere seekers of that time and from there, it came into the tantra tradition. It came to Parashara Rishi, he took it out from Atharva veda and gave it to Ved Vyasa Ji and from there, it carried on…2nd river!

And the confluence of these 3 rivers merged into our beloved and majestic, Om Swami Ji😊. All glories to you, Prabhu🙏

Swami Ji invoked Sri Lalita Sahasranama, Sri Vishnu Sahasranama and the Gayatri Mantra, by this time he had developed an unmistakable method to converse with the Divine. Swami Ji did mantra sadhana of Bhairavi Maa’s mantra (Read If Truth Be Told), and other mantras; some he knew himself, some he had learned at Naga Baba’s. Vedic and tantric mantras came through Naga Baba’s Guru – Sri Mohan Das Udaseen Ji and Sabar mantras came forth through Naga Baba’s paramguru – Sri Harinam Das Aghori Ji.

Swami Ji did all of this before the mool sadhana of Sri Vidya, he then left for the Himalayas to undertake the 150 day mool sadhana mentioned in the memoir, which lead to an unambiguous vision of Mother Goddess and Lord Hari. Swami Ji headed to Kamakhya at Ma Tripura Sundari’s behest, where he got initiated into tantra. Another sadhana in Bengal where Swami Ji invoked a mantra of Lord Ganpati and then to Rudranath, where Swami Ji concluded his sadhana. The entire circle got complete. It became a bouquet of everything, all these rivers of great lineages merged into one ocean; our almighty, Swami Ji😊.

After this, Swami Ji came to the Ashram and performed another sadhana for 8 months on falahar diet (potato and beans only) to invoke the 15 Nitya Devis (companion energies of Mother Divine) at the Ashram.”

The parampara took a new shape now, all the branches of various lineages now stood one, with a single root, established in Swami Ji. 🙏

He concluded, “Power of sankalpa (resolve) is incredible, it really increases the chances of achievement of goals, take small sankalpas and keep completing them; one day, big sankalpas will also be fulfilled easily”.

10…20…30…40…45! That evening, this was the only question that was answered, as the evening discourse is usually 45 minute long. I was numb. I was scared to even lock my eyes with him for a few seconds to ask a question and here I was, sitting with folded hands in rapt attention, with my eyes and ears set on him and every word he said for about 3 quarters of an hour, looking in my eyes.

It was as if a beggar in tattered clothes had come to an emperor’s palace seeking alms, and the emperor kept filling the beggar’s pockets with priceless and unearthly gems until the beggar could stop counting. Those 45 minutes were moments of grace, everyone in the discourse hall felt it, the depth and intensity of that discourse is inexplicable.

I cannot do justice to Swami Ji’s answer, nor am I capable of perfectly reflecting on it or writing it down as it was said. Whatever I could recall and later gather from published YT videos, I have written it here for everyone to read and rejoice. If you try to connect the dots (that also happens by his grace btw), you’ll surely get an idea of Who has initiated us and where exactly it can lead us if we sincerely walk the path.

Gratitude and Forgiveness Prayer: Your silly boy is forever in gratitude my lord, THANK YOU for accepting us and making us a part of this Divine Lineage, that started from the Divine and is carried on by the Divine. My Dearest Lord and the holy Lineage, I seek your forgiveness for the innumerous mistakes I have made while writing this post and humbly offer my pranams at your feet. Thank you, thank you, thank you for everything!

An average joe, who shares the same challenges as you. A lazy bum, who likes to be funny and intense at things he loves.

146 comments on this post. Please login to view member comments and participate in the discussion.

Breaking the Path of Circle
Karm Yog and Zen