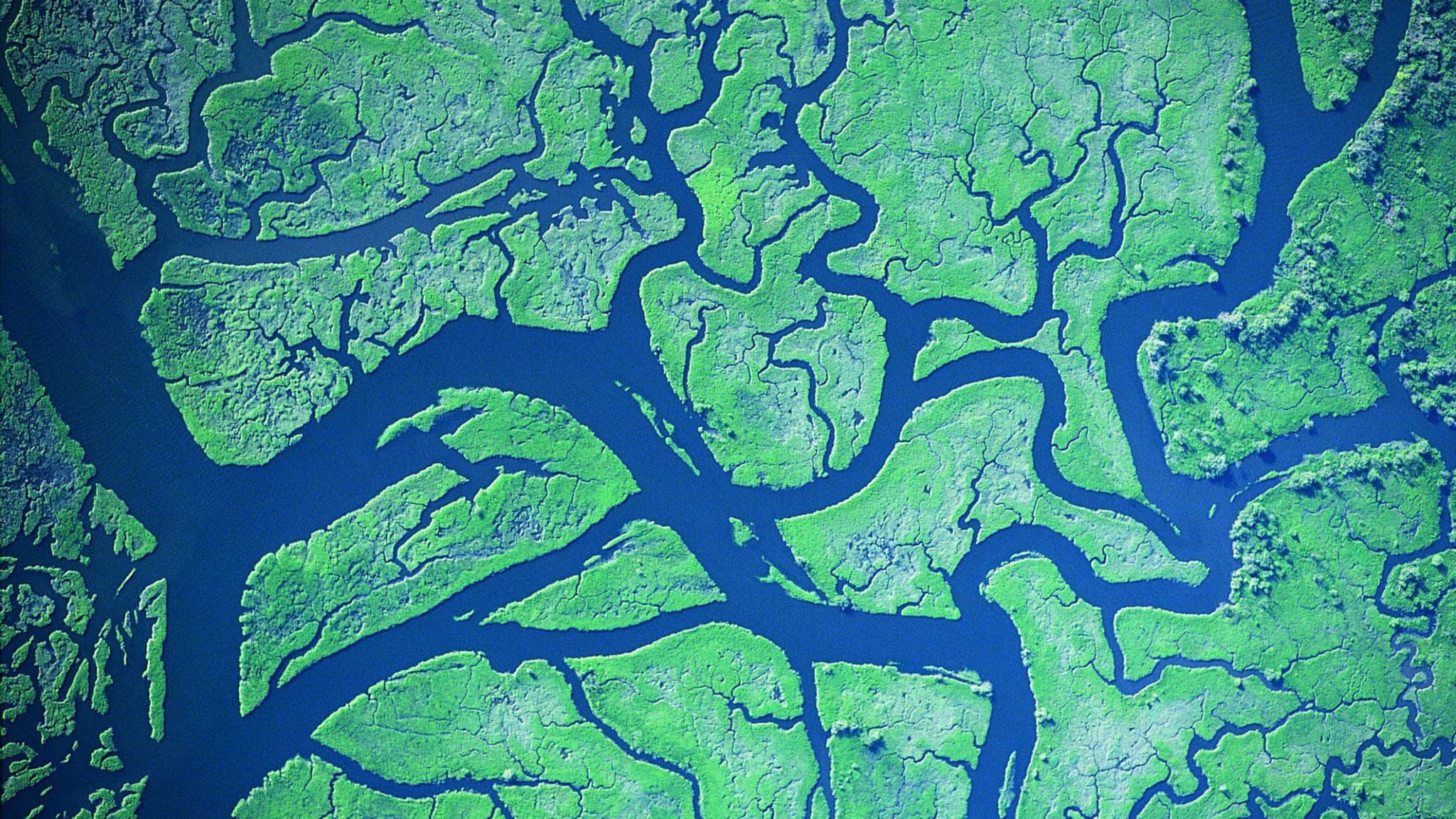 Not going to reveal anything here. Read to find out.

Here I am, after a much interval. I know and I do apologise for it. Shifting to a new country as a student is much a hassle and the water rises when you take your Bhagwan and Bhagawati with you. It is a  completely different world by itself. Hence, I was not  the only one person shifting, my complete divine family was shifting with me. Their amenities are not easily available here. So, pardon me. Today, I thought why not share some anecdote from the recent times which may perhaps aid in your faith towards the divine, especially towards Mahadevi. I don’t call her Mahadevi all the time but Maa. I refer to her as Mahadevi when I want to keep the discussion formal or when I want to maintain an intentional distance from her so that in that separation, I can experience the bliss. In separation, there is bliss? Ask a true lover  and you will know. And also sometimes, I do it to irritate her and she does get irritated. That is the way with the feminine or in my case, Devi or my mother. I can’t imagine myself without Her. Even I, myself, belong to Her. Hence, my writings, songs, paintings and poems are just Her, manifesting in different forms through me and I get all the credit. She wants me to get all the fame but I am no less than Her. I make sure that the creditor gets her credit. No matter, how well she tries to hide I won’t let her hide behind me. It is very easy for people to hide things and take all the credit to themselves to get a taste of fame and respect but it is not so with the case of devotees. We don’t care for respect or fame because the cause of everything one desires, walks right beside us. No matter how much I try to hide her, she outpours in my every action. She has become my very being. So, without making you wait much, let us start.

Some of you may know why Devi is called “Annapagamini”. For those of you who don’t know, let me tell you a short story. Rishi Vashishtha and Rishi Vishwamitra were both devotees of Mahadevi. Rishi Vishwamitra had invoked Mahadevi in the form of Gayatri and the one who completes Gayatri Sadhana gets mastery over the water element. So, he could stay underwater as long as he wanted. So once, he came to Vashistha and asked,”Hey man, I can stay underwater for as long as I want. Can you do it? You are roaming around, taking Nandini, the daughter of Kamadhenu, the cow which fulfils all desires, with you. Let me see how great your spiritual powers are or is this just for show?” In a fit of rage, Vashistha agreed and went underwater. He took Mahadevi’s name and sat down in the water. Vashistha could stay underwater but not as long as Vishwamitra could. When the news reached Mahadevi, she was worried about the well being of his stupid devotee. She wanted to communicate and say to him to get out of the water but couldn’t as sound doesn’t travel through water. So, what she did was cut the river Saraswati into 72,000 small channels so that the water level dropped to Vashistha’s neck. Hence, she was saved Vashishtha’s life and came to be known as Annapagamini.

I narrated you this story because something similar had happened to me and the consequences were faced by the whole world just like the extinction of Saraswati due to Vashistha’s sake. When I was in my last year of university, I saw students, especially my juniors getting into substance abuse. Very high intoxicating substances which will leave your nervous system permanently damaged. Being from a psychology career and advocating about mental health, I was extremely worried for them. When the students of psychology department are itself under the influence of substance. What can we say about others? This incident also highlighted the incompetency of the teachers present in our department as no amount of workshops could bring a change among the students. The problem was that they had so tightly identified themselves with their profession and course that the possibility of something outside their logic being present rattled their very existence. I did suggest some programs for the students to be conducted which could bring an existential change among them but the department very politically refused as it didn’t coincide with their so called scientific temperament. Well what to do? I tried at my own level and was able to manage to gather a few of my friends and conduct the program at our own level. Some of them joined but not the ones that we wanted to. When I went to their room and tried to talk to them, they refused to talk. I wanted to know what was in the substance that gave them enjoyment and if it was in anyway more than the bliss that I was always soaked in due to the devotion towards Mahadevi. I thought like this because never in my life I had taken in any substance, the need didn’t arise as Mahadevi was always there with me in my every situation. If I would say that my life was very easy, it would be a serious lie. Life wasn’t’t easy for me, perhaps more difficult than others but the presence of divine gives you a companion, someone to share your sorrows and achievements with. In that mode of passion, I took a decision. I didn’t know how they feel because I didn’t take any substance so to know their pain, I must ingest some so that we come on the same scale. Foolish. Immature. Stupid. Yes, I know. But this is how devotees are. Always thinking about others’ wellbeing and not their’s. I called my mom and told her that I was going to take substances to experience how it felt. I called one of my teachers and told her the same. And then, I told my decision to Mahadevi. My friends warned me and asked why was I taking such a not needed decision. Those juniors didn’t want my help. They didn’t respect me. Why the hell was I bothered about them? What was the need? Yes, what was the need. It is very hard to digest for the logical minds to grasp this simple truth that life has no need or reason to exist nor does the existence. It simply does so is the love of a devotee. It has no reason. It simply does, like life. So they were unable to shake me from my decision and in them, included Mahadevi.

When constantly pestering me about what could she do so that I would change my stupid decision, I just put infront of her, a simple deal. Either you make them stop taking substances and give them a chance to rehabilitate so that they can get out of its addiction or see me get down the same trail along with them. She agreed and then, it happened. All the drug peddlers from the entire city and surrounding areas started getting caught by the narcotics department. They raided nearby places where there was a slightest hint of drugs being sold. Those who sold drugs in my university started getting into serious accidents and in a few days, the entire nexus of drug peddler near the city and surrounding areas was wiped out. But this was not the end of the story, the thing that she did next, I still couldn’t comprehend it till now. She completed the first part of the deal and made them stop taking substances but the second part was still left- to give them a chance and rehabilitate them so that they could come out of its addiction. And it was clear that it wouldn’t happen if they were in university or could move freely. So, COVID and lockdown. Our university was shut. The students were asked to leave and the entire world was in lockdown and we are still, till now, in some way. Such extent, just to not let me destroy my body.

Yes, I don’t say that the COVID happened due to this very reason. There are also a lot of factors at play behind any massive event. But it is also possible that once Mahadevi makes up her mind, she does go to any lengths for the being she loves. Events like this are part of my life now. These have become mundane for me as it keeps on happening once in a while. Magical has become the new normal for me. Lot of things have happened in my life but one thing has always remained constant- her love and care towards me.

Before I take my leave, here is a simple activity for those who want to deepen their bonds with Devi. Whenever you approach her, always approach with an offering. It doesn’t matter what the offering is but an offering should be there. I hope this anecdote firms your faith in Devi and aids in your spiritual journey. Pranam. See you next month. 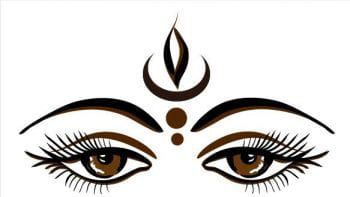 I Am Enough
Spend Time with WORTH It PEOPLE!