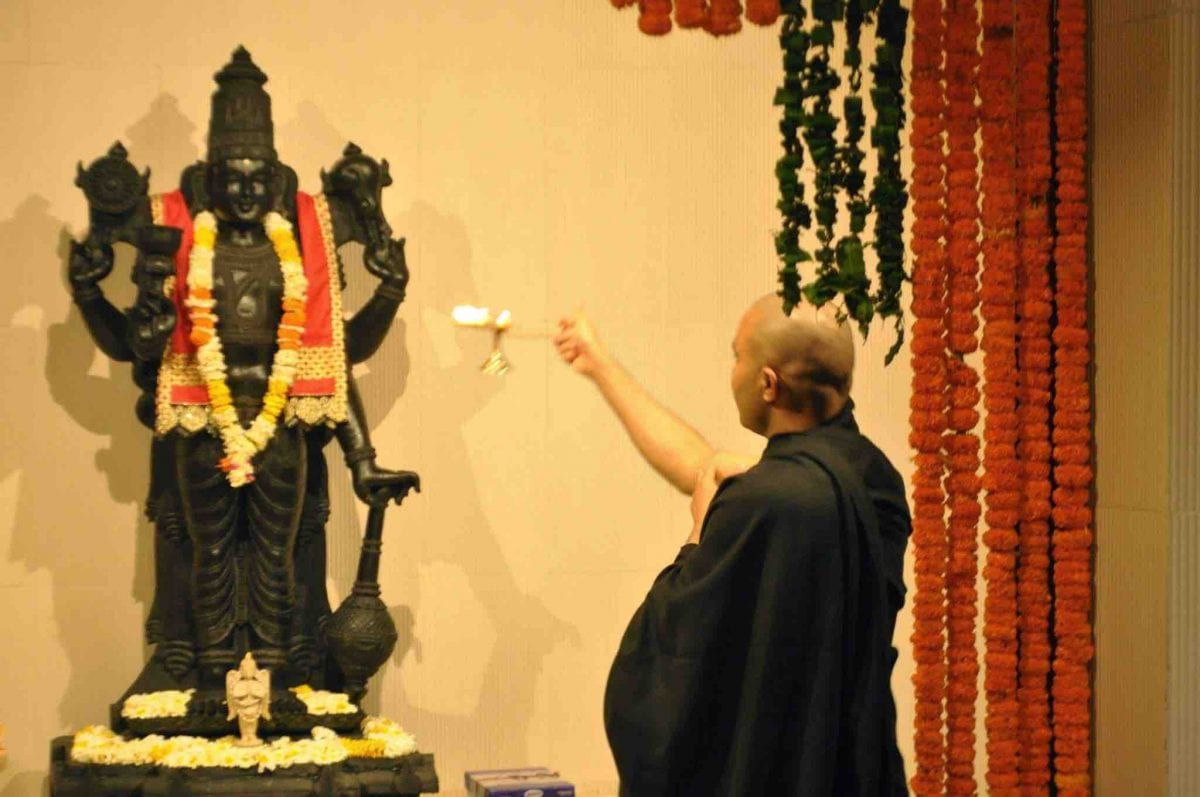 The Bliss of Sri Hari Aarti

I was new to ashram and stood in the temple ready to participate in Sri Hari Aarti, clueless about the lyrics of the aarti! Unasked, Suvi ji gave me this laminated leaf with aarti printed on them in English and Hindi I was so thankful to him at that moment. I had so much fun chanting the aarti that day.

It was a very refreshing rendition of Aarti. I can not explain enough. Many times I just do not chant some of the traditional hymn/aarti because there is just lot of pleading in them!

An aarti, which was full of eulogy for the Lord so that one could connect with the joy and glory that Lord is, not remember one’s struggle and stand there like a decorated and a moral beggar seeking this and that and missing out on the Joy and Elation that one may get an access to in those 10-12 minutes. I guess being in sentiment and devotion does not give us a bypass ticket from all the struggle but just shifts one’s focus from brooding on one’s struggle to residing and staying in loving sentiment of Lord. Shift of focus and sentiment.

One day I was seeing one of the Sanskrit text it said the name of the author and after that was a suffix – कृत (done by); example तुलसीदास कृत रामायण which means – Ramayan written By Tulsidas.

That day I felt I should write few copies of the Sri Hari Aarti on which those Sanskrit words be written on the first page of that little booklet or a leaf like the one I was handed during Aarti. It had this very beautiful cultural beauty to it. Sanskrit is a beautiful language. The Sanskrit language is guidance in itself. Till the time I create such a leaflet/notebook of the aarti, mentioning this on this digital platform! 🙂 😛

I quote a passage from the Book Om Swami : As we Know Him

This is a conversation between Swami Vidyananda Om and Om Swami –

​One morning when I took Swamiji’s tomato soup to Him for breakfast, He mentioned the arti of Sri Hari. ‘What should we do, Swamiji?’ I said. ‘Should we take one of the standard artis?’ Gurudev asked for His notepad and started scribbling. In a mere five minutes, He had composed a beautiful temple arti. There was to be no going back and changing it. He wrote it, and it was final. I offered my pranams to His lotus feet. My heart was so filled with His love and grace.
Jaya jaya arti hari tumhari Vishnu prabhu srinath murari||
All glories and a million obesiance to Bhagwan The one who is Vishnu, almighty, consort of Sri, all encompassing.
Sri Hari’s idol is Prakruti-Purusha, Shiva-Shakti, Vishnu-Lakshmi; and in accordance with  t​​heir devotional bhava or sentiment, the devotees would experience the Lord’s and the Goddesses’ magnificence. The arti encapsulates the glory, the greatness of the two divine principles of creation. 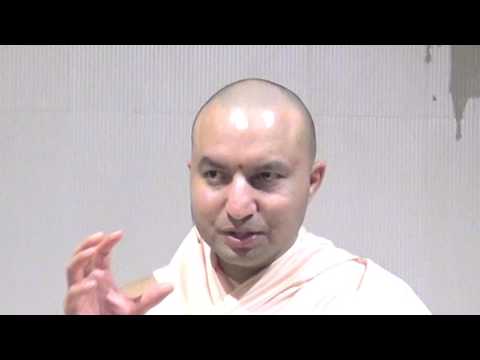 The Aarti starts with the Sound of the Conch – Blown thrice 🙂

​In the presence of Swami ji the Arti is sung on piano (wish I knew the chords) it sounds so very gentle. There is a little lovely thing Swami ji disclosed to the devotees associated with aarti sung in the evening (when Swami ji sings it, I have shared it in the end of the below description and meaning of the aarti)

Victory to the Lord who, in his beautiful hands adorns Pāñcajanya Conch, Lotus, Kaumodakī Mace and Sudarshana Discus.
He is rests on the Shesh (coiled serpent which denotes Kundalini Shakti of the Universe) and whose vehicle mount is King of the Birds, Garuda.
Victory to Lord Hari, I pray to Lord Hari ||4||

Victory to the Lord whose residing space is Vaikuntha (where one is without contempt and in peace) in the ocean of milk. Goddess Lakshmi tends to Lord Hari’s feet with Love.
Victory to Lord Hari, I pray to Lord Hari ||5||

Once after the evening aarti Swami ji said the aarti is like a Lullaby to Lord Sri Hari he goes to sleep when the aarti is sung to him (by Swami ji) in the evening so the euphoric chanting of the last three lines (as highlighted above) was omitted at the ashram during evening aarti when Swami ji sung it (not otherwise) and at home we continue to chant the three lines as it is sung always. (fyi-this is an old sharing!)

The aarti indeed is so magical, sweet and soothing when Swami ji sings it. May this mellifluous aarti invoke devotional sentiment abundantly in our hearts.

Thanks to Dipti Om Sanghavi ji for providing Hindi version of the aarti and reviewing the meaning of the nama(s) for its aptness.