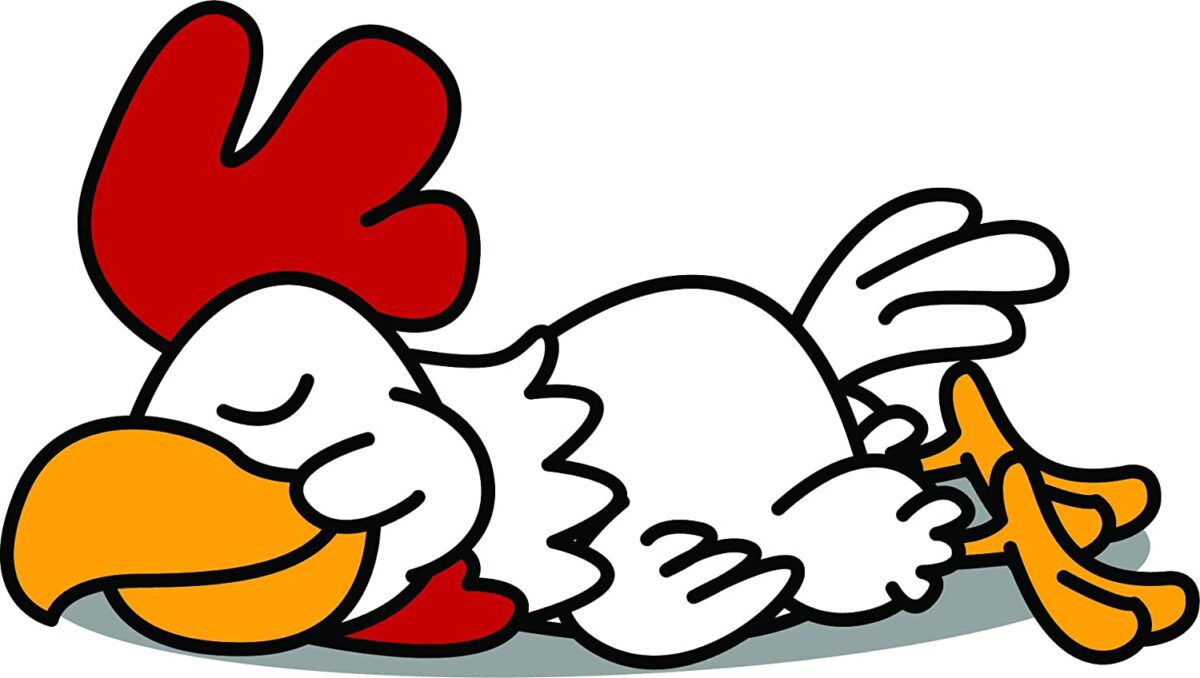 Whether we have ever reared chickens or not, we all have a few dead chickens in our past....

There was once a little boy, about 8 year old. Every summer, he would visit his grandmother’s barn along with his sister – 2 years elder. They would frolic around the large piece of land, hop through the many little plantations,  feed fish and chickens, swing on trees and play games in the huge yard. On one such day, the two were playing ball toss, when the little boy threw the ball too hard. It landed in the chicken coop. All the chickens flew about in terror, clucking fervidly, then cowered and settled near the edges. One fluffy white hen did not run. She lay perfectly still on the ground. It took the kids a while to realize that the ball had hit the chicken, and had rendered it dead on the spot. The boy felt a chill run down his spine.

“It was the only fluffy white chicken in the lot, and probably grandma’s favorite”, his sister gasped, cowering down at her brother, adding to his terror. She is going to be upset. Else if she knows she will scold me too! Let’s not tell her anything” she added, “She will think that the chicken died because of some sickness.”

For a minute, he considered telling the truth. His grandma had never scolded him much till now, but he did not want to be grounded or invite his siter’s anger, or spoil his vacation. He carried the dead chicken in his arms, said a silent prayer and kept her in a corner in the coop. He looked back at it as he shut the door behind him, trying not to feel the pangs in his heart.

The next few days did not go too well for the little boy.

Whenever it was his sister’s turn to do chores around the barn, she would threaten him that she would spill the beans to grandma about how it was his fault that the chicken was dead. She made him do all her work that was assigned to her, while she sat reading comics in the shade. He scurried around completing his tasks as well as hers, in fear.

Finally after an exhausting week, he decided that the consequences of telling grandma would not be much worse than what he was going through. He crept into her room one day and sunk his tiny self into the plush chair across from grandma.. She was sitting on a similar chair, knitting away like she always did. The boy could not help but think how she fit into the chair snugly and felt even more small as his feet dangled a little above the floor, his hand clutching the armrest. Just as she looked up at him on top of her glasses, he blurted out, looking away from her “It was me. I threw the ball and it landed on the chickens head, and she died. I did not do it on purpose, grandma.”

Grandma took a while, and smiled softly. “I know” she said. You did not notice, but I was in the stable when it happened, and I saw it.”

“REALLY, grandma? You knew it all along? Why did you not say? I have been doing all these chores for nothing?”

“Well, my son. I saw the sadness with which you carried the chicken into a corner and laid her down. But I saw you were carrying it around with you for so long, nevertheless. I was just waiting for you to actually stop  put it down. I wanted you to know, that carrying around the guilt is only a burden that brings more unhappiness and pain. Now, my child,  remember this lesson for life…. put that guilt down sooner, whenever you feel it next,'”

It is sad how so many of us carry guilt in our hearts for years and sometimes a whole lifetime. Guilt and shame are probably etched into emotional terrain of a human much before they have truly learnt to decipher the emotions. Over time, situations and events change, yet guilt and shame continues to be an auto response.  Guilt resulting from something we have done, when we did not know any better. Shame from something that we perceived as having set us apart from those around us, or made us feel lesser.  Over time we learn to don masks to hide these feelings that continue to haunt us and burden us in unexpected ways. Sometimes it is better to hear ourselves say it out loud to someone.

I chose to do this two years back. I spoke about my experience with shame and guilt on a platform in front of 200 people. It was an incomparable experience. The healing was intense and permanent. The surge of energy from putting down that chicken I had carried for so long, and the applause from those who received my story is something I relive often as a memory. I was glad that I got the opportunity to do this, in front of an audience that was so receiving, mature and uplifting.

All of us can try to find some place, some human, some sangha or some altar, where we can actually go and hear ourselves let go of our burdens. There is immense power in words, written and spoken aloud, especially where there is a loving container to receive the words. May we all find such places, but more importantly, let us strive to be a container where words are received with kindness, applause and no judgement.

And let us ask ourselves…. are there any dead chickens that I need to put down today ?

AnecdoteChildhoodSlice of Life
Support This Author