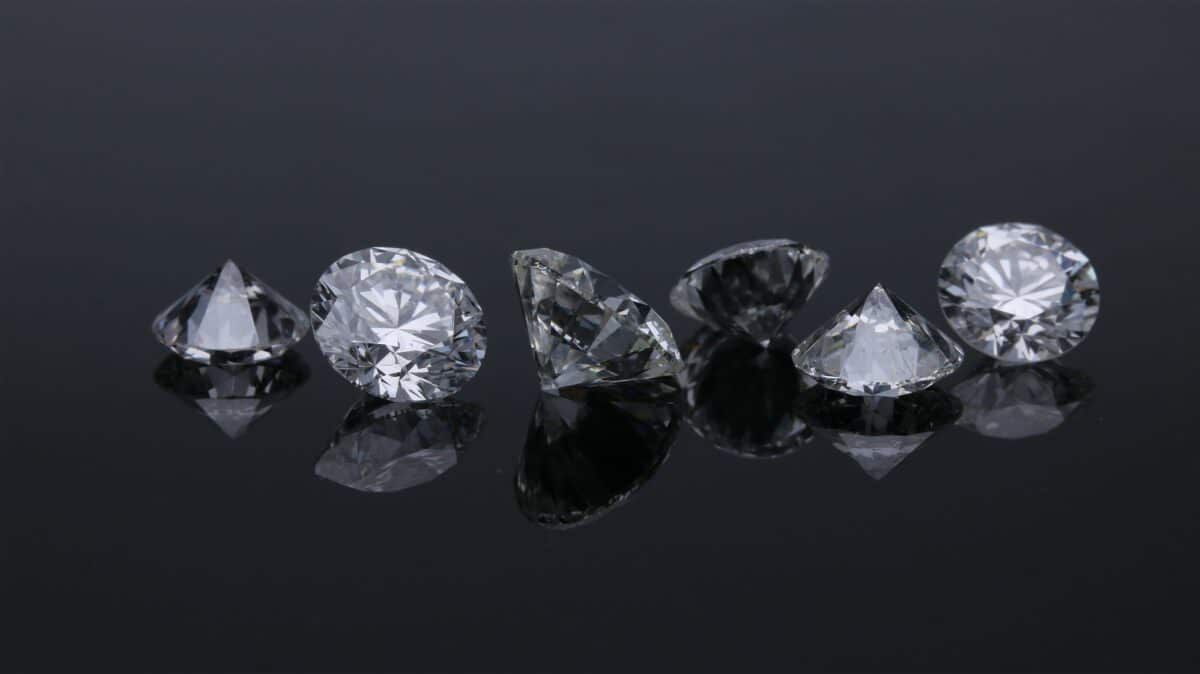 My interpretation of the sutra.

The Diamond Sutra is one of the highly respected Buddhist sutras. It is part of a large group of texts known as the Great Perfection of Wisdom Sutras. As the name suggests, these texts assist the reader in taking their wisdom to new heights. In Sanskrit, this sutra is known as the Vajracchedika Prajnaparamita Sutra, which translates to “The Perfection of Wisdom That Cuts Like A Thunderbolt”. This is the effect it has had on many of its readers. Like a thunderbolt, it is short and delivers wisdom quickly.

The sutra begins with Gautama Buddha finishing his daily walk to gather alms. He sits down to rest, and his student Subhuti asks him the following question:

How should the one who sets out on the path of enlightenment proceed, and how should they control their thoughts?

This is a question that many of us may have often pondered upon. Controlling one’s thoughts is the aim of most spiritual practices. Not just that, it is common to face several roadblocks on the path to enlightenment, and it can be a struggle at times. Understanding that the Buddha praises Subhuti for his good question and proclaims that he will answer it.

The Buddha starts by stating that those who start off on the path to enlightenment, no matter who they are or what they are, will be led to nirvana by the Buddha. Great, right? But there’s a catch. A big one.

The Buddha contradicts himself right away by letting Subhuti know that even though he liberates countless beings, not a single being is liberated. Wait, what does that even mean?! That must have been what was going through Subhuti’s mind at that time.

Luckily for Subhuti (and us), the Buddha clarified by explaining that a seeker who sees a person as a “being” cannot be called a seeker. As per the Buddha, in fact, nobody who perceives a self, a life, or a soul can be considered a true seeker. The only thing that a true seeker should see in everything is an illusion that is truly empty.

And so begins a discussion on the nature of reality and emptiness. The Diamond Sutra is filled with such contradictions. This kind of contradictory philosophy is known as negative theology. Negative theology (when explained in terms of God) essentially lets the reader know everything that cannot be said about God. The reader can then form their own interpretation of God based on what is left.

The Buddha believed in the concept of “not-self”. He taught that there is no “soul” that remains unchanged and is pure. What is left is empty. This is a very abstract concept and is often hard to understand. Through his examples, Buddha tried to help his student understand the concept of emptiness. Unfortunately, most of us are not at a high enough level of consciousness to understand what the Buddha is trying to say.

This in itself is an excellent example of emptiness, one that the Buddha himself would be proud of: I understand the concept of emptiness, yet at the same time, I do not understand a thing (since I haven’t experienced it)!

Here are some more (confusing) contradictions that the Buddha makes in his statements:

As far as ‘all dharmas’ are concerned, all of them are dharma-less. That is why they are called ‘all dharmas’.

‘All beings’ have been preached by the Tathagata as beingless. That is why they are called ‘all beings’.

Buddha also appears to contradict himself while speaking of karma, the stages of enlightenment, and even when speaking about himself. This would be almost impossible to comprehend if not for the help of Buddhist scholars who have elaborated on this. Scholars say that the Buddha is explaining to Subhuti that it is impossible to be truly enlightened as long as one has any attachment to worldly phenomena.

Another point that he is making is that language makes things seem real: I can write “I am sitting on a chair” and the words make you visualize it in a certain way. In reality, one could say that I’m “sitting on a black object” or “reclining on a hard object”. An ant would perceive this differently and say that “the giant sits on the giant black mountain”. True wisdom is seeing that nothing is fixed or stable in this universe. Even the concept of dharma has no independent self or essence.

Does this make sense to you? If not, that’s completely fine. I’ve racked my brain for several hours trying to figure this out and I have barely grasped the basics. Unfortunately, even for the Buddha, it’s hard to explain the concept of emptiness. Try explaining how a rose smells to somebody who has never seen or smelled it. Words like “sweet” or “amazing” would make them confused. They may even think of the aroma of gulab jamun instead of the fragrance of a rose. Similarly, we must experience emptiness to some extent to fully understand what the Buddha is trying to say.

The Buddha understands this and has a solution for us. He advises us to memorize and recite just four lines of the Diamond Sutra. According to him, somebody who recites or teaches even four lines of this sutra will receive infinitely more merit than one who donates a vast fortune to sages. Here’s the most famous four-line excerpt from the sutra:

So you should view this fleeting world –

A star at dawn, a bubble in a stream,

A flash of lightning in a summer cloud;

A flickering lamp, a phantom, and a dream.

The recently deceased Thich Nhat Hanh probably has the best explanation for this verse. He writes that the Buddha is, in fact, trying to say that all dharmas are impermanent, like clouds or lightning. However, he isn’t saying that these dharmas do not exist. He just wants us to see them as they are. If we look deeply into things and contemplate them, we will be able to free ourselves from illusions and just perceive the emptiness of this universe. This is the core teaching of the Great Perfection of Wisdom Sutras – the fact that all phenomena are empty, and the identity we give them comes from our minds.

For now, I’ll skip understanding this sutra, and just recite the four lines! This sutra has definitely delivered on its promise of striking me with a thunderbolt. Hopefully, I’m a bit wiser now, and hopefully, you are too. But is it possible to speak of wisdom?

No, there is no wisdom to speak of. The Buddha would say, that is why we call it wisdom!

P.S: Fun fact! A copy of the Diamond Sutra from May 11, 868, is the oldest book printed using woodblock printing. The dedication of the book reads: “Reverently made for universal free distribution by Wang Jie on behalf of his two parents on the 15th of the 4th moon of the 9th year of Xiantong.” 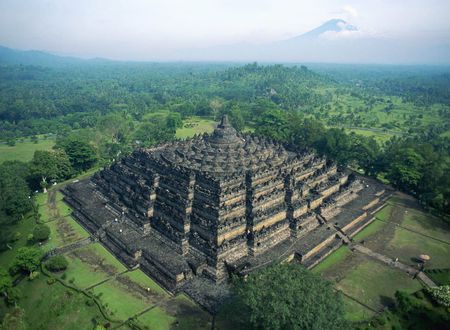 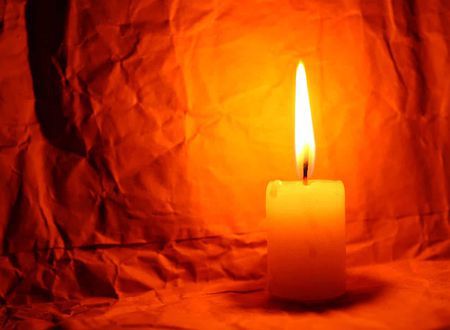 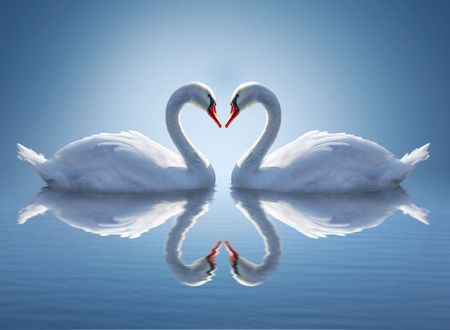 Speaking the Language of Love

Nobody is strong enough to resist the language of love. It pierces the heart and goes straight to the soul.

Posted in Buddhism 1 year ago

What is a Buddha? A personification, person, a title, or something else? Find out in this post! 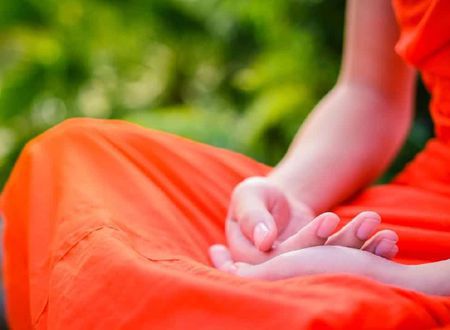