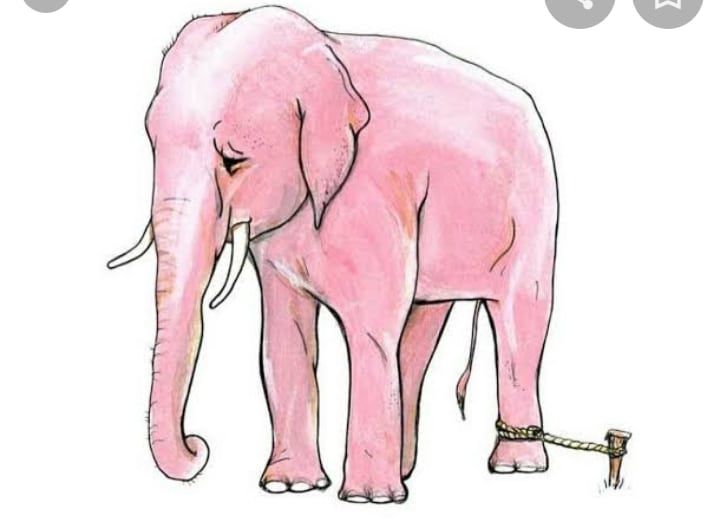 “Success is not final, failure is not fatal: it is the courage to continue that counts.”

Recently, I have read an inspirational story on the Internet which I want to share with the os. me family because it holds the deep meaning in it. This story is written by A.M. Marcus with a great moral.

Once upon a time, a gentleman was walking through an elephant camp. He noticed that the elephants were not kept in cages or held by chains. He got shocked when he spotted that they were held by a small piece of rope which one of their legs which they can break very easily.

“When they are very young and smaller in size we use the same small size rope to tie them and at that age, it’s enough to hold them because they couldn’t break it. As they grow up, They still believe that the rope can still hold them, so they never try to break it and escape the camp. The only reason that the elephants weren’t breaking the rope and escaping from the camp was that over time they adopted the belief that they couldn’t escape the camp. “

The man was amazed to know about this. These animals could at any time break the rope and escape the camp but because they believed they couldn’t do this, it was not possible for them, so they were stuck right where they were without trying to escape. As they were failed to escape in childhood, they never try again to escape. Like the elephants, how many of us go through life hanging onto a belief that we cannot do something, simply because we failed at it once before.

Moral of the story:
Just remember that, No matter how much the world tries to hold you back from your achievements, always continue with the belief that what you want to achieve is possible and you can achieve it with your hard work. Believing in yourself is the most important step in achieving your goal.

Failure is part of learning; we should never give up on the struggle in life. Failure is the key to success so we should try our best in achieving what we want, instead of giving up.

Abundance Mentality Vs. Poverty Mentality
Healing Power of the River