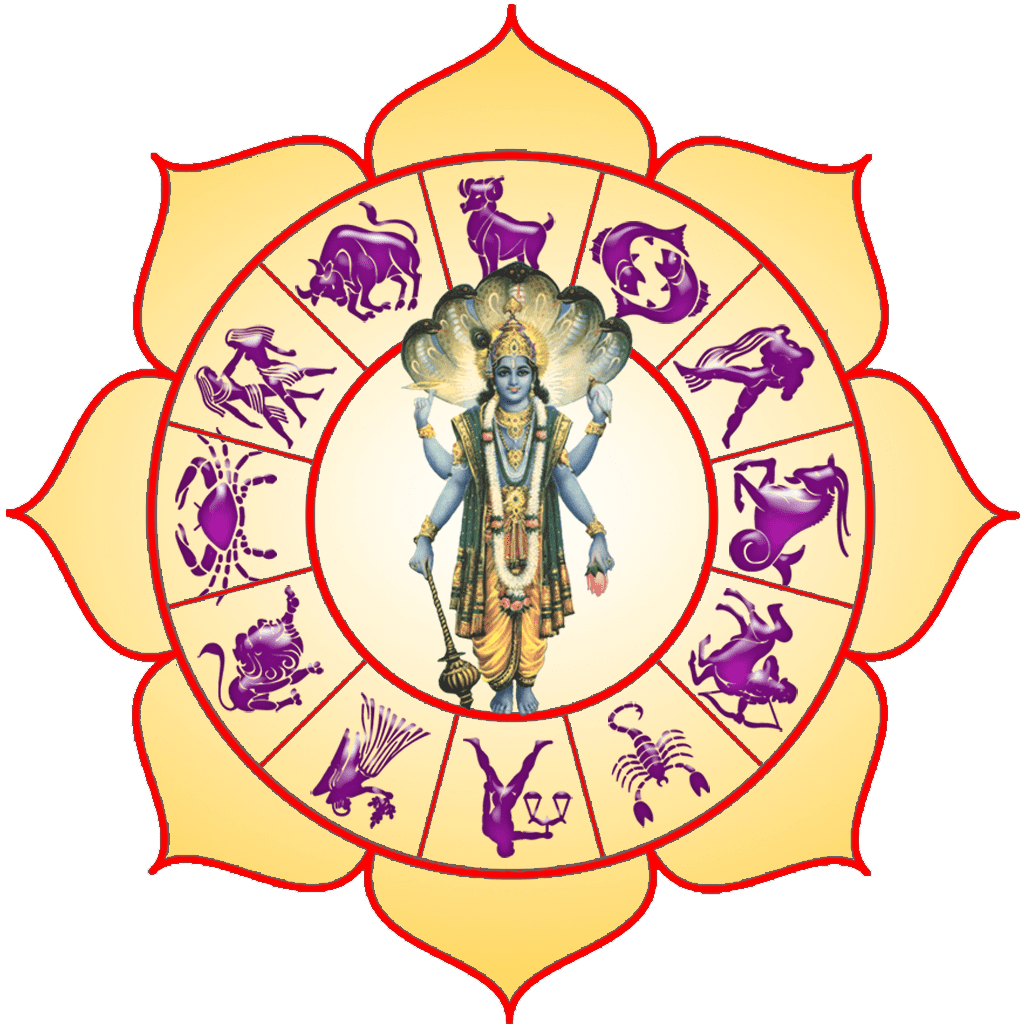 The Eternal Debate – Fate Vs Free Will – Part 2

Thoughts on destiny and upayas

A question I get asked very frequently is why study astrology? If everything is predestined and has to happen then what is the point of studying it ? If on the other hand we can change our fate through our actions and free will then again – anything predicted through astrological means is useless .

Astrology is a study of bhavas ( bhaav in astrology refers to the house , Bhavesh to the house lord and karaka to the significator). A look at the chart will give an idea of the individual’s life circumstances but not necessarily of the life experience (rasa) flowing out of these circumstances .Some people find facing challenges and overcoming them exhilarating and distil excellent results from adversity . Lets take the example of Nelson Mandela – if you were to look at his chart- you would have seen torture and incarceration for more than quarter of a century .His bhavas fated him to be locked up .Nevertheless , with the very limited free will he was given , he extracted a life experience and rasa – which wasn’t just satisfying for himself but an inspiration for millions around the world . Mandela used his very limited free will positively -others with much more fortunate life circumstances may use their free will in the wrong direction. Voltaire famously said – you may not be able to alter the cards dealt to you in the game of life but you certainly have control over how you play them . Bottomline – even if you can’t change your fate (or external circumstances) , mindful application of free will can alter your life experience and indeed even destiny in atleast  some areas of life .

Let us now consider – what can we change ? First up a primer on a few technical terms

Sanchita karma – Sanchita karma is the big pile of karmas we have accumulated over several incarnations stretching back to the distant past .These are actions for which we have identified ourselves as the doer or the karta. This accumulates in the causal body or the karana sarira and determines when the fruits of  our action will ripen.

Prarabhda Karma – The fruits that have ripened immediately before birth determine the prarbhda karma – or that pile of karmas that needs to be tackled and lived through in this life time .Its a kind of fate- limiting your free will depending on the “fixedness “( dridhata) of the these pre existing karmas .

Dridha karmas – Dridha in Sanskrit means unyielding and unchanging . This is the firm fixed and unyielding karma that will make you experience some results in some particular areas of life no matter how much you try to change those results . Even if you try to do things differently you will be rewarded with the same results . And therefore these results appear fated or predestined . You can think of dridha karmas as being in the middle of a really swift  turbulent and fast flowing river which is taking you where it is going .Your chances of being able to swim in the opposite direction and getting out are pretty slim . For example (and a controversial one) I read about this American lady called Cassey who married 10 times and was finally looking for relationship advice because none of those marriages worked !. Actress  Elizabeth Taylor married 8 times . One would think that after may be 4-5 marriages – people would think that the marriage business is not for them but perhaps the dridha karma in the area of marriage overshadows their awareness and causes them to try and try again ! If  during the bhava analysis – the bhava , Bhavesh and karaka ( house lord and significator) are pointing in the same direction , there is a confluence of results from the birth chart and the transits – then we might be looking at dridha karmas .

Adridha Karmas– Adridha -is the opposite of dridha . If dridha karmas immobilize your free will – adridha ones give you a lot of free will to maneuver. In the river analogy above – adridha karmas  take you to the river bank – ready to jump in if you want but also capable of stepping back to the shore if you so want . The transit or horary charts will show the impact of these the most and the application of free will here in the right direction won’t just change the course of events in this life time but in the coming ones as well .

Dridha-adridha karmas– This is like the house has been painted but the paint isn’t dry yet . Or the cement has been put but it hasn’t set . So, if you have a bucket of grease and are willing to work hard – you can erase the prints and impact of the dridha -adridha karmas . In the river analogy- they would be the log you can float on, a helpful samaritan  who get you out etc .

Therefore, now in this constrained optimization problem of life – where do upayas come in ?

Upayas or remedies are meant to be means to reduce the intensity of or to escape altogether ,unfavourable events in life  . In the river analogy above , they are akin to a branch , a blade of grass – anything that you can grab at so that you are not dragged down further by our karmic current .

Upayas can be general or specific. General upayas are like your personal sadhana – it is the most effective and the only true upaya . It strengthens your faith and will and acts like a shield . Chanting and singing glories of Him is another kavach and has proven to be effective in myths and real stories alike .

However , the trend of upayas these days is to wear certain stones sold by the astrologer, paying them to do certain pujas while the yajman is flicking through his mobile phone waiting for it to get over or paying them to chant our behalf and then just send the prasada . .

Lal Kitaab – a medieval text on astrology prescribes several type of upayas – some bordering on the non sensical too . For example – if you are mangalik – getting married to a tree first to reduce the dosha.  others include keeping sendha namak under your head while sleeping ,feeding black crows for Saturn , black dog for Rahu and a cow for Jupiter . Doing charities on certain days , fasting on some days are other categories . A number of upayas suggest- trading with the divine – for example offerings of animals and birds made to certain deities in exchange of wish fulfilment .

I am not sure the Creator of the Universe and all its wealth, can be tempted by a potentially fraudulent trade!  We only need to look back at our dharma to realize that nobody – not even incarnations of God himself had trouble free lives . Sri Rama’s life was like a dream until one day it wasn’t and he was exiled to a forest unceremoniously . He had to live in a forest as an ascetic for 14 long years , his wife was abducted and he had to fight a demon king by gathering an army of monkeys , bears etc . Even when Ma Sita was returned , their conjugal bliss didn’t last long and she was exiled . Prabhu Ram had to fight his own sons before he realized who they are .

For Sri Krishna too – he was born in a prison , whisked away from his parents at birth .His life was continuously in danger from various demons sent by his uncle . even after he defeated his uncle , he was packed off to his Gurukula where he had to rescue the son of his Guru Sandipani – by fighting the demon Panchjanya and the mysterious nag population . He fought the most fearsome conqueror Jarasandha 18 times . And the battles of others – read -Pandavas engulfed him too . His eldest son Praduymna was kidnapped and Samba was cursed  . Finally , he saw the destruction of his own clan in front of his eyes and died alone  from the arrow of a hunter!

If you look at Sri Ram and Sri Krishna’s charts they are perfect and yet they had to go through so many agonies and their own sticky karmas .

Mahatma Gandhi said – God retired after he made the Law of Karma . And as Swami ji mentioned – everyone is just a postman -delivering our parcel of karmic fruits to us . Trying to dodge them by applying all manner of tricks in the form of upayas can only be limited in effectiveness.

One last mention I would want to make here is Saints and divine masters taking away some of these sticky karmas and relieving their disciples . Swami ji has been a Rainmaker taking away all pain and agony silently  of his disciples. Sridevi ma’s article (here)mentions how she was able to relieve her grandmother’s agony . There is a story of Emperor Babar praying to the almighty to exchange his life for his son Humayun’s life .

We often try hard through upayas to try and use our free will to make the Divine adapt to us and make way for our dreams and desires instead of surrendering to Him. Your personal Sadhna however if done with intensity will definitely have an impact on your life as God’s blessings . In the end however as Jesus said – the most sage of all prayers is – Thy will be done ! Jai Shri Hari!

PS – This is from my humble understanding and interpretation . Any errors and misinterpretations are my mistakes alone . I wish I could have written this in Hindi for better clarity – but I found typing in Hindi a massive challenge .