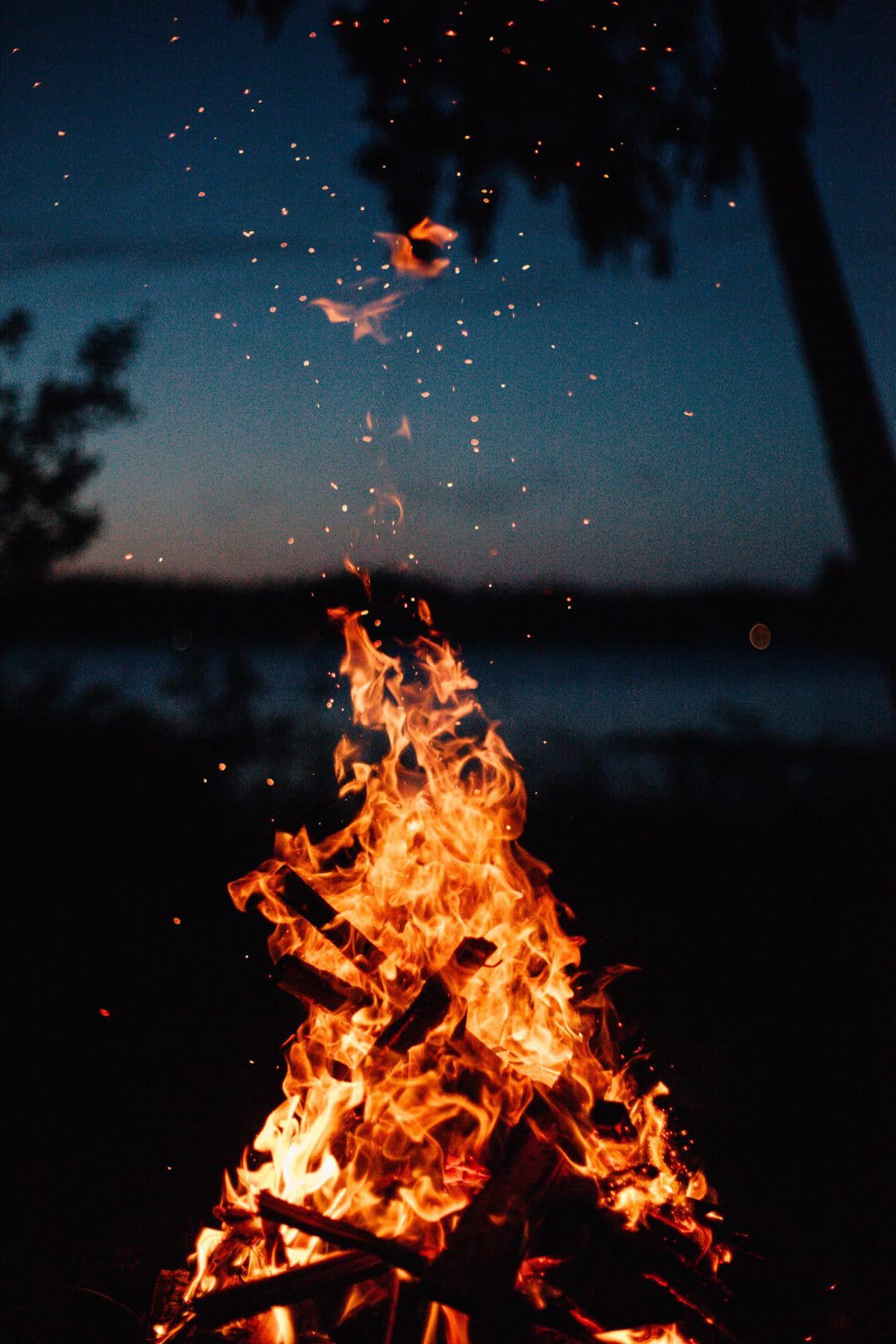 The campground was filled with chatter. Voices rang out around the several picnic tables, with the aroma of s’mores being prepared over campfires. Tents, mostly shades of green or brown, were all over the meadow. The forest surrounded the area on all sides.

A thick canopy of leaves was slowly falling to the ground. It was the middle of fall, and the trees were showing new colors, a break from the jungle green. Trees, both dead and living, were all over the forest. It had rained for the last week, making the trees happy. This was not true for the excited campers. The rains had been a sore spot for them for many weeks now. Many people had come with high hopes, only to be dejected as their hopes crumbled due to the heavy rains.

A few people were so eager that they chose to ignore signs requesting campers to stay within the designated campground. A particularly adventurous group was camping in the midst of the forest, a mile away from the campground. They too had lit a fire and were toasting s’mores over it.

Every camper had a bottle of scotch with them. One of them took a long sip. “Gimme some more of that booze,” he slurred. It was evident from his voice that he had drunk far too many bottles of alcohol.

Another camper passed him the alcohol. “We should sleep now,” he said, sounding less drunk than his friend. The campers nodded their heads and stumbled into their individual tents. The campfire was forgotten.

It had barely been a few minutes before a gust of wind blew some of the dry leaves on the ground into the fire. The fire greedily ate them up. It scorched the forest floor in its quest for more leaves. The fire began to spread across the jungle.

A troop of monkeys nearby noticed this. “Foolish humans!” one of them spat. “Always making a mess wherever they go.”

The rest of the troop nodded in agreement. Quickly, almost every monkey was complaining about the several shortcomings of humanity. “Quiet!” the leader of the troop said. “The question here is what to do about this fire. We must put it out at once.”

“Why must we put this fire out?” a monkey asked. “Their actions must have consequences. Why should we save them?”
“The consequence of this action will result in our homes and the homes of several other animals being burned down,” the leader explained. “We need to protect ourselves and the rest of the jungle.”
“What can we do?” asked one of them. “They are humans! They have lit an unstoppable fire.”
“Humans are simply egoistic apes,” the leader quipped. “Come, let us put this fire out.”

After great difficulty, the monkeys carried water from a nearby brook near the fire. They dumped the water all over the base of the fire. After several hours of great effort, the fire finally sizzled out. The monkeys celebrated. “We did it!” the leader exclaimed.

This commotion had caused the campers to wake up. “Oh no!” one of them exclaimed. “We forgot to extinguish the fire!”
“It’s okay,” another one said. “The monkeys put it out!”
“Funny how they behaved better than us,” the first camper observed. “We are intruding upon their territory. They are responsible. They took a great risk but managed to save the forest.”
“We should be more responsible,” a second camper added. “We have great power due to fire. We can have light in the dark. We were able to toast s’mores because of the fire. However, when we left the fire unattended, it started getting out of hand.”
“With great power comes great responsibility. From now on, we must be more mindful,” a third camper said. “We should never leave a fire unattended the way we did.”

And from then on, they never trespassed into the monkeys’ territory and most certainly didn’t leave a fire unattended again.