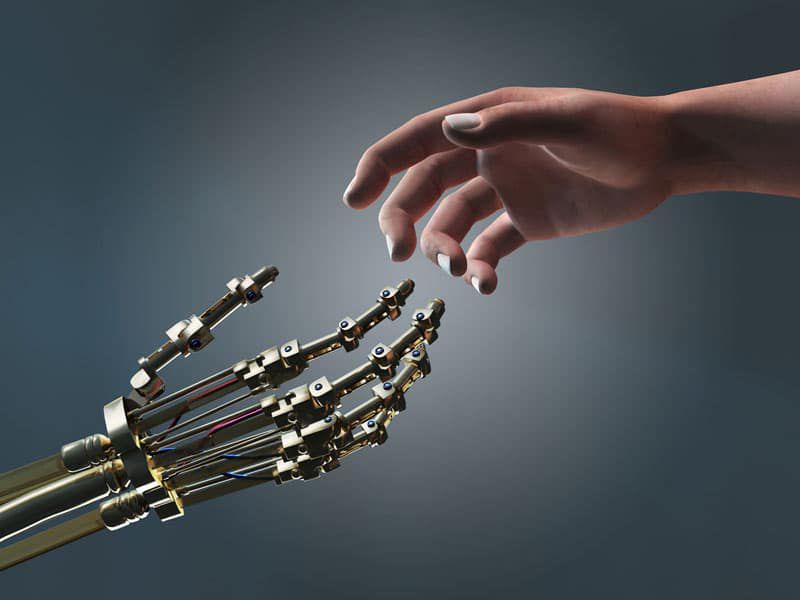 The irrational, illogical behavior is what separates humans from machines

An intelligent robot was talking with a 4-year old girl. The humanoid said, Baby, there is something wrong. You pronounce Put as ‘Poot’ and don’t pronounce But as ‘Boot’. What is the logic? The little girl chuckled and said, let me advise, If you can’t change your school then at least change your English subject teacher!

Logic doesn’t work everywhere and explains everything. Even modern machines are no exception.

Conventional Machines can work on simple logic like if we keep the electric kettle ‘ON’ for more time, the water temperature will rise up almost linearly.  However in many situations, simple linear logic doesn’t work. For instance, the everyday process of washing clothes doesn’t fit into a simple fixed logic. The washing strategy changes based on the type of clothes, water hardness, detergent type, or washing load. Based on the situation, it needs a specific setting and combination of parameters like drum spinning time, spinning direction, amount of detergent, amount of hot water, the extent of soaking. This is managed in the modern advanced machines using something called Fuzzy Logic. It works on a pre-defined set of rules and is deemed to be more intelligent for situations involving uncertainties and nonlinear behavior.  If we use simple linear logic in those situations, the system is likely to go out of control and cause damage like damaging the quality of fabric or throwing Satelite off its home orbit.  It’s worth noting that when logic fails, intentions-based rules dominate the decisions, making the machine itself fuzzy.

At the extreme end of the fuzziness spectrum, we get irrational and illogical behavior. The innate behavior in human beings!

Here are a few examples and we are no exceptions.

This can’t be explained using rational logic as it is irrational, fuzzy behavior at the core.

This reminds me of a small story…

Two friends were returning back to their village, after selling vegetables and earning handsome pennies.

They saw a boy selling a cake and hastily asking to buy it for 2 pennies.  The First-person looked at the boy and handed over 3 pennies for the cake.

The second friend frantically asked, why did you offer 1 penny extra to him? Please explain

The first one replied, Oh it’s simple, the smile on his face was much more worth than a single penny.

They marched forward and came across a beggar pleading for food. The first friend took out the entire cake and handed it over to the beggar

The second friend being puzzled asked you could have shared a portion of it rather than the entire piece. How do you explain?

It’s simple. It’s more rewarding sometimes to sacrifice than to compromise! He said.

Sacrifice, Affection, Compassion, Forgiveness are different shades of love. Love itself is irrational in nature. We can’t explain the very behavior ingrained with facets of human nature like Love, Values, Beliefs, and Attitudes. It essentially makes us humans irrational. It’s good news. It is going to keep us always humans vis a vis advanced intelligent machines.

It’s not necessary to always have clear logic to justify our actions, decisions, and initiatives. If we live too much driven only by logic, life becomes dry and mechanical. When we live too much irrational, the excess freedom introduces complex disciplinary issues.  We need to entertain the pure logic and at the same time encourage the irrationality to make our decisions productive, joyous, and meaningful. Take this again not as a sound logical interpretation but a trigger to echo your deep inner voice being a fuzzy human machine.