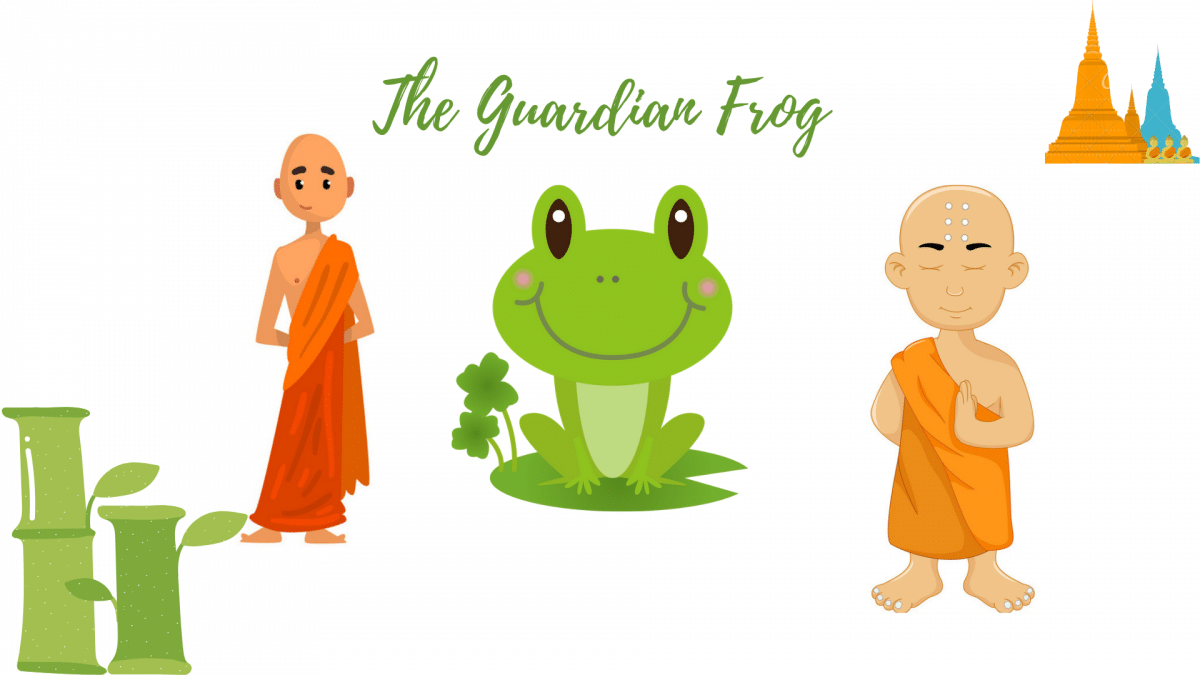 How to get a Guru when there's none

Once upon a time, there lived a monk who nobody wished to have as a disciple. He was handsomely built with broad shoulders, tall and always in a good mood. One would wonder, why such a handsome man would want to be a monk. But how to say it, he was a tad light on the brains.

The monastery in which he lived was located near a beautiful lake teeming with swans. It was in the country of Maindakanipur. The monastery itself was so opulently built. So many sculptures that if you happen to stand at a particular point, you could read within those a new story. The monastery had a holy guardian, The Frog. The holy Guardian remained a tradition of the monastery since its inception.

The other monks were going by their meditation routine of silence. The monk who nobody wished as a disciple took the name of ‘Famulus’ because since he had no Master, no one gave him a name. While the other monks sat in silence, Famulus sat in silence, back bent observing ants on the floor. Thereupon came Master Titulamus, the head gardener of the monastery.

Titulamus: I told you to sit with the others and meditate. 🤨

Famulus: I am. Breathes in deeply and croaks, ‘crooooaaaaakkk’. ☺️

Titulamus: Who taught you this? 😦

Famulus: No one. It’s just…

Titulamus: of course of course, you are nobody’s disciple😏

Titulamus: Have you seen the holy guardian? He isn’t at his altar. 🤔

Titulamus: You what? You ATE the holy guardian!😵😵

The other monks just glared at both of them because they felt disturbed. 🤫🤫🤫

Titulamus: why would you for Buddha’s sake eat the holy guardian???

Famulus: because it was green 🐸

Famulus: We are monks, we eat only greens!!

Titulamus: We told you at the monastery to eat greens only and greens are vegetables🥗🥦🥬. Not literally everything which is green😠.

Titulamus: how do you know that the frog needs exercise?

Famulus: because the holy guardian told me to do so. He speaks from my tummy.

Titulamus: the holy guardian is alive. Holy Buddha! Take it out NOW.

Famulus: He says rule number two, to keep your anger in check.

Titulamus: ahem ahem.🙄 I am peaceful! I am your Master. Don’t argue with me!

There was a collective gasp😮😲. All heads turned towards the Master Titulamus and Famulus.

Well, in that case, we could split your tummy and take the Holy Guardian out and sew you back! You will be out of commission for a few weeks. Not a bad thing actually.

Famulus: while you do that master, please split me till my heart. Look into my heart and you’ll see the image of the divine 🙏.

Tears welled up Titulamus’ eyes. A croak from Famulus and the frog jumped out to resume his place at the altar casually bathing in its small pond.

Was That Grace?
LOOOOVE