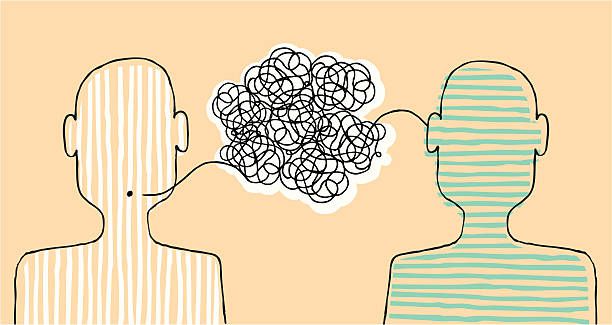 The Impact of Sounds

How do you use sounds

The Impact of Sounds

How do you use sounds?

I have come to a point where I can feel the impact of people’s speech, and whether I want to be with that person or not. I have become sensitive to some extent, and as a result, I often feel terrible if I am around someone whose speech is not refined. I feel repulsive around them. No, it’s not hatred, but I don’t feel good around such people.

You see, it’s not only the words and the meaning which impact us. Much more than that it is the quality of the sounds which impacts us subconsciously. The way we use sounds reveal a lot of things about us. It’s an art actually to speak properly, with proper tone, intonation, speed, rhythm, context and meaning. Lot of things are involved. But we are generally not aware of even what we say and why we say, forget about being mindful of how to use sounds.

It takes a keen level of awareness to modulate the quality of sounds we make and be able to feel others. I think we all should learn this: to be refined in speaking. Because it has a huge impact on us.

Our knowledge, beliefs, conditioning, biases, cultural-religious-political-economic influences, intelligence, mentality, worldview, and above all, what kind of a mind we have—everything can be known by paying attention to how we speak. I hope you are not overwhelmed in realizing this. It is so. Unconsciously, we reveal so many things about us. And what’s more important to note is that the way we use sounds impacts the listener at the psychological level, often in ways that we’re not aware of.

Be Mindful While You Speak

We can seriously hurt somebody with our harsh words, sometimes for the rest of their lives. The thing with speech is, it’s not as important what we say as much as it is how we say it. The manner outweighs the matter of talk. Most of the time we get offended or hurt not because of the words themselves, but because of the way they were thrown at us. The manner of throwing words holds tremendous significance. Sometimes even if you tell the truth, but fail to tell it in an appropriate manner, the truth backfires! That’s why people get offended if someone proves them wrong in a conversation in a competitive manner. Correcting others without offending is also a skill.

Almost everything we do, we do compulsively, no? Whether it is eating, watching TV, using social media, sleeping, thinking or behaving—our every action is soaked with compulsiveness. And speaking is one of the most compulsive and unconscious acts we do. If we start to speak, we don’t know when to stop and listen. And how much nonsense we speak and hear in a day! Most of the time, people actually don’t have anything substantial to say, they just talk. Because most people cannot remain sane without speaking. They will become restless if they can’t get to speak. Are you one of those who can’t stay without speaking even for a day? How long can you stay without speaking to someone? I urge you to experiment sometime. You’d realise how compulsive you are. To talk is a great urge in us, just like to eat and sleep.

Mindful speaking can do miracles both for the speaker and the listener. Often a simple word leaves such an impression on our minds that it becomes very difficult to wipe it out. Don’t you know this? The hurts that you carry within your heart ( I’m sure you have some!), look and see, what type of hurts are they? The majority of them will be words that hurt you in the past. The rest will be the wrongs that we’re done to you. Am I right?

Similarly, you too might have hurt somebody sometime, maybe your child or your loved ones, by speaking in a harsh manner. It’s said that words and arrows, once thrown, can’t be taken back. The hurt cannot be undone in many cases. So, is it not important to use sounds judiciously and compassionately?

Sounds are like bursts of energy. You can even think of them like darts of energy. When we speak, we are throwing darts of energy which impact the psyche of the receiver. An unconscious and selfish remark can cause irreparable damage to our emotional fabric. And if we use sounds consciously and with compassion, we can touch the very core of a person, creating a bond that often goes beyond emotions.

Please be careful when you speak. It’s a tremendous capability to have. Use this power judiciously.

If you want to be a mindful and powerful speaker, you must learn to be silent!

Sounds and silence are complementary to each other. In silence, sounds gather energy. One who speaks much and listens less, is a poor man. Don’t listen to such a person. They can’t uplift you. You must learn this art yourself. You can do tremendous good if you can just learn to use sounds consciously.

And it doesn’t stop here. When you learn to harness sounds, it starts to alter your very consciousness! This is what Mantra Science is. Sounds have an effect on our consciousness, and on the physical level too. But, let’s not go into that. Nor am I eligible to talk about it. Only Swamiji can elaborate on it correctly.

Anyway. Just remember one thing: be mindful! As much as you can. Not only when you speak, in everything you do. Will you?

Timeless Soul
Show Me Your Proof