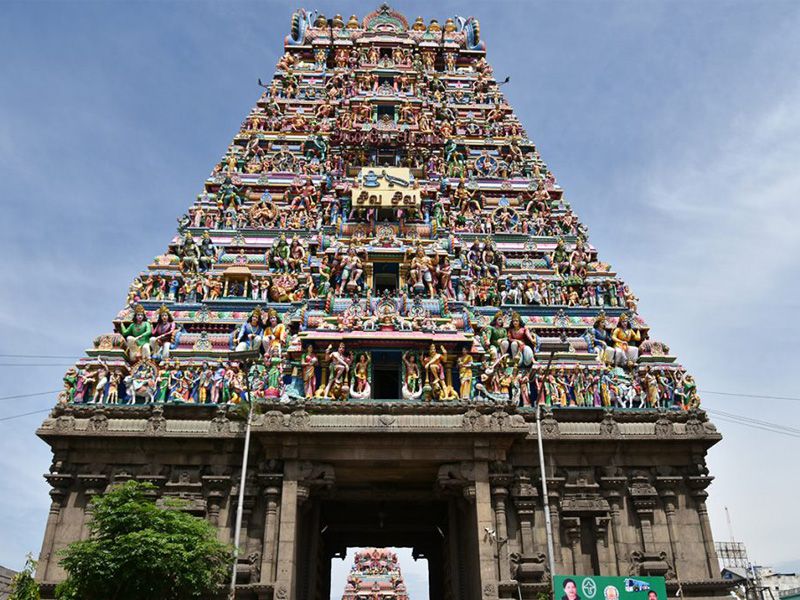 Corporate , puranic and personal tales from a cynical storyteller

Last two weeks were really hectic ,stressful and tiring for me . My son was writing his CBSE board exams – and most parents would agree it’s a dreadful time  where parents worry more than the kids . My boss and the global leadership team  decided to come to India to visit 2 key partners in a globally critical program – and I was supposed to spend a week in Bangalore and Chennai to facilitate the interaction.

I was slogging away to make the fancy presentations going through 106 iterations and versions and  trying to create curated experiences while trying to provide all emotional and logistical support to my son . My dear husband chose this very moment to announce his trip to Korea at the same time and suddenly the panic struck on who would support the kids during their exams   As I faced a storm of labels and pointed fingers such as being  bad mother and not being with my kid in his critical hour , I wondered why only mothers are to be blamed ! Thankfully , my kids are understanding and gave me the comfort that they could manage with little support from my in-laws – and clutching on to that straw  of hope I set my anxieties aside as I left home.

But this post isn’t about my ordeal as a mother or as a professional . This is about the similar themes from our scriptures as well and how these mould our core beliefs.

In Chennai – since the global leaders wanted a “taste of authentic India” the local lead arranged a tour of the Kapaleeshwara temple in Mylapore Chennai . This is where we had taken our global CEO – an out and out stiff upper lip Scot – earlier and he had loved it , so it was simply a cut and paste template .  There was a problem though . Despite paying Rs 20000 for their entry – foreigners are not allowed in the sanctum sanctorum .The team invited a “story teller”( at a cost of Rs 25000 for an hour)  from a company called Story Trails – to keep them entertained with the stories of the temple and deities and not let them notice that they aren’t visiting the presiding deities of the shrine .

Before I go further into the story – a quick summary about Kapalasheewara temple .  Built in 7th Century CE, it is a beautiful example of Dravidian architecture . According to Puranas, Shakti worshipped Shiva here as a pea hen (known as myil in Tamil) thereby giving the place the name Mylapore . Shiva is worshipped as a lingam and known as Kapaleeshwara .His consort Parvati is worshipped as Karpagambal. The place finds a mention in the 7th century Shaiva classic Tevaram written by the Nayanars – whose statues are also inside the temple.

Stories behind the temple

The stories surrounding the temple are many . Kapalam means the skull and Ishwara refers to God . So ,literally  speaking ,the temple is for worshipping the God of Skulls. The story teller from Story Trails, explained , that during the tandava of destruction – the essence of the civilization is preserved in a skull from which the universe emanates again and hence the worship of Shiva as Kapaleeshwara .

It is also said that whilst Shiva was explaining to Parvati the significance of the Panchakshri mantra- Parvati was distracted by a beautiful peacock. Mahadev became angry when he noticed this and cursed Parvati to be a pea hen . Parvati worshipped the lingam under a Punai tree (which still stands) to expiate the curse

The temple priests mentioned another story where Shiva plucks a head (kapalam)  from Brahma when the latter fails show due respect to him and Brahma then pleases him through penance done here. Among other major stories ,are the story of Murugan or Karthikeya receiving a spear here to destroy  Surapadma- a demon , Shukracharya gaining a lost eye after doing penance here etc . Sri Rama is said to have worshipped here to win the war against Ravana . And from among the commoners – the daughter of Sivanesa Chettiar got resurrected here through efforts of Thirugnana.

The afore mentioned story teller tried to get attention from the  foreign visitors by telling them stunning facts such as the pantheon of 330 million Gods in Hinduism  and enchanting stories of the birth of Ganesha , the worship of Parvati as a pea hen ,the resurrection of Sivanesa’s daughter etc . She tried to make stories humorous and relatable – but sometimes I found the humour downright disgusting and humiliating .

To sample a few(and I quote)” Shiva is worshipped as a phallic symbol and is the symbol of fertility . Shiva worship is the reason the population of the country is exploding !”Another one –“Shani grabs you by the heels and hence people  in South India wash their feet before entering the house. Out of 330 million gods there is atleast one that can be washed  away with soap and water !”

The story teller also didn’t miss the spicy tidbits about the religious and cultural battles fought between shaivas and vaishnavas citing the example of the famous Kanchipuram case. I googled the details to see if they were correct later on and found that I had actually read about it elsewhere  . The  longest unresolved case in Indian legal history  concerns the Namam or the mark worn by the temple elephant of the Devaraja Swamy temple in Kanchipuram . I will quote from R. Gopalakrishnan’s The Bonsai Manager – where he has described this tale so simply  and beautifully.

“Among the Brahmins of Madras there were those who worshipped Shiva (called Iyers) and those who worshipped Vishnu (called Iyengars).” Then he goes on to describe how Iyengars were only one-fourth of Iyers in numbers, yet subdivided themselves into warring groups: Vadagalais, people from the north of Tamil country, who stressed Sanskrit and used the caste mark of U on their forehead, and thenkalais, from the south, who used Tamil as well as Sankrit and wore a distinguishing caste mark that resembled a Y.

In the 1790s, matters came to a head in the Devaraja Swamy temple in Kanchipuram, one of the three holiest Vaishnava centres. The issue was whether the temple markings, especially those on the “ever-so-visible temple elephant”, should be in U or Y style. The dispute went to court. In 1942, writes Gopalakrishnan, “the Maharaja of Travancore presented the temple with an elephant that bore a U mark. All hell broke loose”. Some three centuries have passed, but the judicial and administrative systems avoided taking a decision, prompting Gopalakrishnan to say “this case must be the longest pending unresolved legal dispute in India”.

After we exited the temple – we went to The Leela nearby for dinner . A few beers later – the senior VP spoke up – “ Guys , I hope you don’t mind me saying this – but how do you tolerate such atrocious behaviour from your Gods? I mean, who kills their son and who curses their wife for being distracted and makes them pray for years ! Why did this Goddess not divorce her husband ?? She had the option of 150 million others to choose from assuming ( half of 330 million assuming  gods and goddesses are equal in number) !” How come you all still call this God merciful and compassionate ? Would you be okay if it were to happen to your family ?”

A hush fell over the lively group. The 4 Indians looked at each other uncomfortably. Finally the challenge fell to me as I had been the alternate and unpaid story teller – chiming in , correcting the professional story teller and telling alternative versions of the stories whenever I thought things were going out of hand . I cleared my throat and said –“these are stories and perhaps even folk tales. Stories meant to emphasise different points .. I don’t think we should over emphasise the curse part here when we know through so many other stories –  on how Shiva and Shakti are conjoined and what a beautiful epitome of grihastha or family  life is offered through their stories. The point is, it  is one story of curse amongst a thousand which show the eternal love ” ( this just came to my mind on the spot!)The VP nodded as if he understood and nobody wanted to venture any further. The situation was diffused and laughter limped back to the table.

However, the question remained stuck in my head . Also, because I think somewhere it is this portrayal of the feminine as a second class citizen in the pantheon of gods that also percolates into our life and behaviors. Even among people from the Shakt sect- who worship Devi alone – do they give an equal place  and respect to the women in their lives ? These are some of the thoughts swirling in my head and would love to hear your views  and your experiences here  my dear Parivaar .

A second question in my  head was around why the foreign visitors were not allowed in the sanctum sanctorum. They are apparently classified as yavan and mlecha -the lowliest meat  eating ones but in that case why charge them a hefty fee and allow them inside the temple premises in the first place? Why do we use the money  they give for the temple activities but not allow them the blessings of the temple deities . What’s your view on this?

PS : ( Btw we never let them know we had paid an entry fee only for them or that they had missed out on the darshan of the key deities )

PPS: post this experience I am considering an alternative career as a storyteller. What do you think – should I pursue the thought?

A Wise Man’s Joke
Warning!..Don’t Read This Post. You May Cry on Life and Death