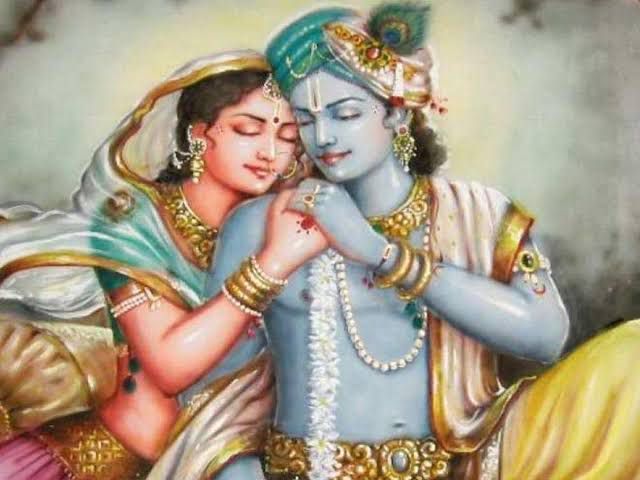 The Lesser Known Love Story of Krishna and Rukmini

Rukmini was the daughter of the king of Vidharbha named Bhishmaka. She had heard tales of Krishna’s greatness from a sage who used to visit her regularly. He used to share His tales in details which ensured that Rukmini could visualize him and his deeds. She didn’t realize when she fell in love with him and decided to marry him.

Finally Rukmini’s father Bhishmaka gave in to the demands of Rukmi and agreed to get her married to Shishupala. Horrified Rukmini wrote a letter to Krishna promising her profound love for him because of his qualities. She urged Krishna to visit Vidharbha at the earliest and elope with her.

The task of handing over the letter to Krishna in Dwarka was given to a priest she trusted. After reading the letter, Krishna immediately ventured to Vidarbha with brother Balarama. They reached Vidarbha, where they were greeted by Bhishmaka, who always approved of Krishna.

On the day of the wedding, Rukmini was all dressed up but was getting anxious and tensed as Krishna was nowhere to be seen. The plan was to take her away while she would visit the Indrani temple. She finally saw Krishna in his chariot. He took her inside the vehicle and sped off. An infuriated Jarasandha ordered his army to stop them but to no avail. Krishna and Rukmini succeed in their venture.

The story is very similar to what we have seen in countless Hindi films. But what stands out over here is the love Rukmini developed for Krishna. It is one of the rare instances where looks played no part for both the parties.

Rukmini fell for Krishna after learning His greatness as a person. On the other hand, Krishna was moved by Rukmini’s devotion for Him. Both developed deep love for each other just by the qualities of their characters rather than appearance.

This is something to dwell upon for people of today’s era where the mere attraction born out of the looks and beauty is wrongly concluded as love.