The Miracles of Surrender

Miracles start happening once you surrender yourself to your Guru

I can’t understand where to start.

Let’s start with a story which I heard in my childhood and I loved it and I still listen to it whenever I feel lonely.

In this story there is a king who has no children in his house and he makes every effort to get a son. After a long time he meets a Pandit and he suggested to king that there is an effort if you can do. The king says that I am ready to do anything.

The Pandit says, “If the son of a Brahmin is sacrificed to the deity, something may happen.”

The king was very happy and made an announcement in the whole city that if the son of a Brahmin sacrifices his will, then I will give him a face-to-face reward.

In that city, a poor Brahmin who had four sons, three used to earn well, but the fourth was the youngest son, he did not do anything, used to worship God all day.

The Brahmin thought why should I not sell it to the king so that my poverty is removed, anyway it is of no use to me.

When that child came to the king, the king asked him, Would you sacrifice yourself on your own?

So that child would say when I am already sold, then what is the question of my desire or unwillingness. When the day of sacrifice came, that king asked the child, if you have any last wish, then ask.

So that child started saying that I want to worship on the banks of the river for the last time, the king gave permission.

When that child was worshiping, the king was looking at him from a distance, what did he see that the survivor made four heaps from the soil, then he dropped the first heap, then the second and third also. And on the fourth he worshiped that with folded hands and bowed down. The king was looking at everything standing far away and started thinking that if it is a child, then why should it fall and if it had to fall then everyone would fall. Why worship one?

So the king asked the child, why did he do this?

The child said, what will you do by asking?

But the king said, look! I have bought you, you are my slave, that’s why you have to answer my question.

Then the child said, every person has four supports from life.

Out of which the first support is his parents, they protect their child at any cost. But he sold me to you to remove his poverty, so how can he protect me, that’s why I dropped a lot of his name.

The second support is the king of man, who protects the people even after playing on his life, but if you want to sacrifice me for your children, then how will you protect me, that’s why I dropped your second heap too.

And the third support is from the deity to the human being and the deity is thirsty for my blood, what will he protect me, that is why the third heap is also dropped.

The king asked about fourth ,whose heap is it?

The child started saying, “fourth heap, I have made one for that Nirankar God, because now there is only one trust in him, that’s why I worshiped him that now there is no support without him.

I have told him that ,Oh Lord, I have taken one of your support, now in my life there is no other support for me, you do as you like, I have dedicated myself to you, “KARE KARAE EKO AAP, MANAS KE KUCH NAAHI HATH”.

Hearing the words of such knowledge from the mouth of a small child, a thought came to the mind of the king,

So much knowledge at such a young age. Even if I sacrifice it, I do not know whether I will have children or not? And even if it happens, then it is worthless who gives me sorrow and destroys the whole city.

So the king thought, “Why don’t I make him my son, then I will get such a wise son and a good king too.”

So the feeling is that when anyone completely surrenders himself to that one God, then God comes everywhere and protects them like that child.

Now you must be thinking that why did I tell this story?

I will tell you the past of a few days, everything was going well, job and life. Suddenly one day the Principal madam said something that I did not find strange to hear because nowadays nothing seems strange, just a little sad as what did my ten year job stitch but I did not say anything to them and After getting up from there, resigned after thinking a little, in which we have to give three months’ notice and I was not feeling sad, I was in absolutely normal condition.

Everyone was scaring me. After two days, I came to know that my father’s health is bad, so suddenly I had to go there, get all his tests done and after two days got medicine, I came back to the job.

But I could not tell anyone except my younger sister in my house that I am going to leave the job.

My younger sister  was upset because of her daughter’s health condition but she was also worried about me. Side by side, I was also doing some counselling.

I felt as if I had become lonely, there was darkness in front of me, nothing could be seen.

The thought of dying came once or twice, but every time Swami Ji used to come in front as if saying “Main Hu Naa” that is why I kept calm. Also explained to the younger sister that I have to be alone and calm for some time because I have faith in God, He will definitely do something. And I started telling Swami Ji every morning and evening that you should always be with me, I do not want anything, just like you will keep it.

Every day a new problem kept coming and I calmed down. Once in 24 hours, there was such a ruckus when there was panic, there was a lot of crying, but whatever happened, I used to let it happen.

There was neither time to sleep nor time to wake up.

Then suddenly one day before Guru Purnima, when I get up in the morning and during worshiping, I said to Swami Ji, “Swami Ji, I tell you every day that stay with me and you may live, but today I want you to remain inside this body because I was feeling very weak that day and my duty was also in the paper.

And it was totally different today. I was able to feel Maa Kali within me because a lot of things were happening in the college that were not right . I tried many times to say to her but no use.

Principal madam called herself  and guess what ?

I was the listener and Swami Ji was talking with her on my behalf.

You may call it my illusion or hallucination but this is the truth.

If you say me Mad then Yes ! I am Mad in his love.

I have complete faith on him.

I know he will always be with me.

I can feel him in my each breath

And Principal Mam apologised and said tell me what and how do you want?

I discussed each and everything to her and she has already started taking actions for that. I did my job by telling her truth now everything depends upon her.

And one thing I have learned from this incidence that you cannot change someone’s perspective but do not allow yourself to get affected by those people. I have already forgive them by using forgiveness meditation and I am not going to leave my true nature (Kindness, Love, helping others and Compassion) for them.

“Whatever Happens , Happens for good.”

And Swami Ji, I don’t want anything just one thing,

All these things happens on the auspicious day “GURU PURNIMA”

I just want to say one thing to you Swami Ji, I did nothing special on Guru Purnima , not even I did special Pooja on that day. And you gave me such a beautiful gift.

Only tears of gratitude and love

Love you so much Swami Ji.

Thank You so much for everything. 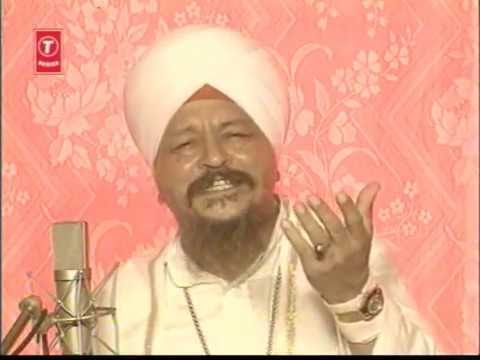 The dust of Swamiji's feet, Seeker,Teacher, Psychologist. Whatever i do that ,in his service only. Please always be with me.