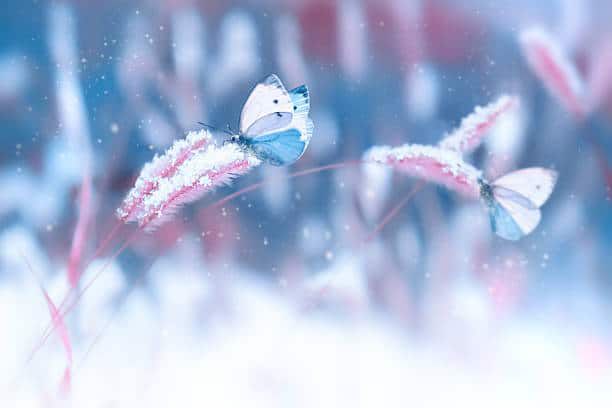 Divinity brings with it, some of its own challenges.

My chain of thoughts was broken with the soft touch of hands on my back.

“What are you thinking, Kishori?”Kumari asked with a soft smile adorning her radiant face under the cooling hue of the full moon night.

I got up from my seat outside the Hridaya Guha moving away from Kumari. She stopped me by placing her hand on my back.

“We have been living together for so many lifetimes now, sister. Don’t you trust me enough to share your sorrows with me that you have carried with you for so long?”

I looked back at her. She had a faint smile on her face. Kumari has always been there for me since the event happened. It was not her journey to take but still she chose to accompany me. I hugged her tight. She consoled me with her warmth and tender palms. The sky was gloomy, clouds covering the sparkling of stars with cold winds gushing through the mountain tops and the soft leaves of deodar rustling with snow covering the ground, her hug was my only source of warmth and comfort. As I was in the moment, we heard sound of footsteps approaching us which came to a halt.

“I hope I am not interfering in the sweetest moments between two sisters?”

We saw her and smiled.

“You can join us too, Sari” I said smiling. She joined us and triad of love was established. I came out first and picked up a fistful of snow from the ground. With my bhuta siddhi (mastery of the five elements), I manifested a snow butterfly and released it into the space which emitted a number of snowflakes as it flapped its wings in the air. They both saw in amazement.

“What is the matter Kishori?” Asked Sari, concerned. “We have never seen you this gloomy. It only happens when..”

“I can’t help it, Sari” I replied, disappointed.

“But it is not your fault” replied Sari, assertive.

I felt irritated and manifested a fireball on my right hand, aimed it towards the sky and shot it.

Kumari immediately manifested a small whirlpool of water on her right hand and shot at the fireball and neutralised it.

“I AM NOT” I replied immediately, assertive and determined.

“You didn’t accept it but that doesn’t diminish the truth that you are one” replied Sari.

Sari had no answer and turned her head down. As the questions that erupted from my mouth was not unfamiliar to her’s as well. I looked at Kumari and she was silent too.

I continued,” We didn’t take the status of Devis because we didn’t want to be mere spectators of the leela but participate in it as all mortal beings do. When I see my children suffer due to ignorance, it breaks my heart sister.” I replied with tears in my eyes. Both of them came forward and placed their hands on either of my backs.

“Humans are suffering not only due to their ignorance but due to the effects of Kali as well. The Yuga is such, Kishori” said Sari.

“But we also must not forget that this yuga also gives us a great opportunity to turn humans into the pursuit of their ultimate well  being because once in pursuit, the results are thousand folds faster than the other three” said a heavy voice.

With a trident on his right hand, he was standing right outside the mouth of the Hridaya Guha.

“You are Gauri Shankar’s daughter, Kishori. Vinayak and Skanda are your brothers and teachers as well and Ashoka Sundari, Jyoti and Manasa, your sisters. It is ok to feel the pain of the entire planet but to get overwhelmed by it, it can be disastrous to the activity that we are conducting. You have got to get your emotions in control sister otherwise it can cause havoc in the existence which goes against our dharma.”

I got back hold of myself and replied,” Yes brother, you are right. What has happened, we can’t change it but what will happen, we can create it. I am sorry for my misconduct, brother. It won’t happen again.”

“What is the next phase, Sakha?” Asked Sari, curious.

“We came back from where you wanted us to be, Bhrata.. We are waiting for our next brief” said Kumari, smiling.

“Kumari, the next phase involves you. You are Sri Hari’s daughter who is none other than Mohini himself, the great enchantress. You have to create Mayajaal, the trap of illusion, and mohini paash, the noose of enchantment which will aid us significantly in gathering assets for our endeavours.”

“But Bhrata” I asked “Won’t enchantment be a too drastic step?”

“There are no drastic steps in the establishment of Dharma, sister. Nonetheless, one is always enchanted by one thing or the other. The difference is only this, does it lead to the ultimate well being or not?”

“I will do it, Bhrata” replied Kumari, affirmative.

“And what should we do in the meantime, Sakha?” Asked Sari.

“Kishori and Sari, visit the abode of my mother and deliver her a message that her son needs her assistance and is pleading her to join his cause. The time has arrived when she establishes herself in person for our endeavours to bear optimal fruit.”

“We will leave for it at  once, Bhrata” I did him namaskar and was about to leave when, “Wait” he said. We stopped.

I did as he asked and he placed a  gajra of kadamba flowers on my hand.

“Offer this to her and she will know.”

I nodded and looked at Sari and she nodded me back.

“We take our leave, Sakha. We will try to return at the earliest” said Sari.

He nodded. We hugged Kumari and left for the south. As we were leaving, I looked at the sky. It was clear with the moon at its cusp, a clear signal of her near arrival.