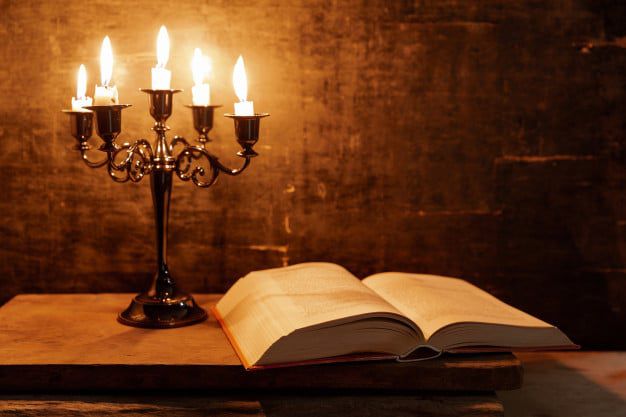 How much are we in control of the dense matter ...

I offer my obeisance to you Rev. Sri Sri. Om Swamiji.Wishing you good health, much love and joy abundant🙏🕉Jai Sri Hari🙏🕉Thank you immensely for your presence🙏

This is  part 3 in continuation..

You can read Part 1 here

It’s always a great joy when something we are truly attracted to and passionate about  happens and given a chance one would  surely pursue of what the heart desires to conquer.

And that’s exactly what happened when I got a call for the Entity clearing seminar. There was no two ways of not attending it but then a second thought was is it necessary. Before pursuing it I had a word with the facilitator who also happened to be my good friend to clear some doubts.
What is it all about? How is it going to be? Dense and dark as it sounded  what was the attraction dealing with entities?

But even though the mind got formed up with all kinds of doubts and clarities , the heart kept beating calmly and knew where to head. For was I  not prepared and set for the big exploration!  An intention had already been set for years to know about this mystic world. Where none of the previous teachers claims could make me possibly speak to the Spirit of my Parents . Who knows this might be the  ultimate that would work for me !

Moreover I was also told that as a Medium one could help many who were suffering and genuinely needed help. And that  the process of clearing could be carried from being  just at my  own place. That really went well with me as I never did prefer going to anyone’s  place esp. for any healings ever.

“I know of so many clients in your town waiting to be cured   and you could be of great help to them” the Trainer also elaborated on the bigger picture.

It didn’t take much long for me to set on with my last adventure on my path. In a way I wanted to discover the Truth behind all that was !

For good weeks before I was supposed to join the Entity clearing seminar , I increased my Sadhna to strengthen the Spiritual muscles of the mind.

The bigger Truth is that even our own  Spiritual world speaks of Demons, Dark energies,  Astral world, Spirit World. So it was nothing unfamiliar to the big world. What really goes  into this practice was my reason to join and experience. Because once you are equipped to handle and understand things appear lot easy.

Here the added bonus for me was I was into healing practices for years and esp. with certain techniques/ suggestions that we use in Past Life regression or Rebirthing it’s easy to take one out of any kind of intense pain or dense energy field instantly, so the question of me getting stuck  whilst  working on someone during the training was very bleak . I was very confident of it.

The challenging bit however would be as to how the other person (who would switch over the role from being a client to a medium) work efficiently on me ( he/she might be just naive) and that is where I needed to be a bit watchful and clear.

As during all such trainings we do encounter different energies of different people. Some are trained but the ones who have no idea would feel stuck and doubtful in proceeding with the same.  But that’s the fun bit too and that’s where your inner Faith takes over in the form of Divine Grace that shields you at every step.

I was also made aware by  my facilitator before I started from my town  saying “ You just have to be watchful , Entities are capable of sensing  your energies and thoughts and they feel threatened and would create all kind of obstacles on your journey  or you may even head for an untoward incident and might have to even cancel your trip, but know that you have to be at the Venue anyhow.

I did sit back and wonder , why does a human really want to get to the know the unknown ? I guess the mystic world carries its own charm.

A long intended Journey  to becoming a Medium….

Early morning dot at 4.30 a.m my Cab arrived . The security personnel were made aware about it earlier. It was a cab from a private Company , and the contact was given to me by my very trusted friend.

The cab driver was a Bihari young boy. Prim and proper with his headphones on he greeted me with a smile. Was polite enough to help place my baggage securely .

And  the interesting trip from  Pune to Mumbai started with a very content  feel. A feel that came from a space that I would finally know more about Souls who departed  during instances of accidents that caused sudden deaths or any other distressing ways. Memories of my departed Parents kept flashing every now and then during the journey.

Deep in my thoughts what I kept noticing was that the driver was so engrossed in listening to songs with his headphones on, that he could barely concentrate on his driving or even hear someone honking at him for carelessly overtaking .

For good half an hour getting out of Pune and as we hit the highway, I had to give a soft pat on his head and ask him to park the cab on the side of the road somewhere and somehow managed to explain him that he needs to take off his headphones and drive in all alertness.

For he had bumped into couple of vehicles already.

“ Ma’am the other people are driving rash, and if someone randomly comes in front of me they would get bumped even if I use the brakes” he seemed like a lost, clueless  child who made no sense.

“Fine, I agree with you but are you aware of the rules that whilst driving you are not supposed to be on your phone or headphones listening to music or chatting constantly . I can call your boss at this moment and ask him to send me another cab “ I was very assertive in my tone.

Thankfully he agreed to do away with his headphones. But I did notice that he was carelessly driving and speeding un-necessarily. Off and on a gentle reminder had to be given to slow him down.

The venue was just at roughly  20 mins drive. We had entered Mumbai, and I gave a call at the hotel where I had booked  to check on the specific room I had requested. Suddenly at the red light my cab driver hit a couple on a  motorbike from behind. The lady who was sitting behind got furious and started to abuse my cab driver , so much so that her husband parked the motorbike there and then right in the middle of the road , got down took off his helmet in his hand and approached the cab driver hurling all kind of nasty words. My cab driver apologised for being careless , but hell broke loose and the motorbike guy started smashing the windscreen with forceful blows of his helmet  damaging it completely, the tiny pieces came scattering in the cab everywhere . He then broke the rear view mirrors. It was anyways stressful to have a nut as a driver and now even shocking to see how flustered that gentleman was , it seemed he was taking out the frustrations of the whole world on the cab .

He did not stop there, called the driver out, the poor guy kept apologising but the motorbike  guy hit hard on his head with his helmet so much so that he started bleeding profusely. Strangely his wife ( of the bike guy) kept instigating him too instead of stopping him.

They were good enough to call the police  for help and the motorbike gentleman eloped with his wife before the cops could arrive.

I thought to take another cab and reach the hotel quickly and it was equally painful to see the poor driver in that state. So I advised him to go to a doctor immediately.

“Don’t worry I shall take another cab, here is your bill amount. Sometimes it’s good to heed a sensible advise” and I handed him the money.

“No ma’am you are not going by another cab, I shall drop you at the hotel, I know I was at fault but please allow me to correct myself” he almost cried out.

“ But you are not in a condition to drive, there is so much swelling on your forehead, blood is oozing from behind your ears, please go see the doctor now” I requested him.

But he would not listen and on much of his  insistence he drove  me to the hotel .

Some of the other hotel owners advised him to come back and they would arrange to take him to the doctor.

The hotel where I arrived near Juhu knew me well. The whole staff got worried when they saw the condition of the  cab all smashed. But who was to tell them the big story .

I was already exhausted and done for the day with this heart-wrenching incident .

The face of the motorbike gentleman and his wife provoking him to commit such an inhuman act of hurting another human spoke volumes of how stress has conveniently taken over many lives  and further darkened our minds and actions .

My seminar was early next morning and thankfully I had enough time to relax ….but at the back of my mind the words of my trainer played up…that some obstruction would be created by the Entities before I embarked on this journey  … did these  energies follow me all along…

Time was all set to meet them….to be continued …

Blessed times to my OS family and thank you for your precious time.  This is quite an untapped subject I have touched upon and made it lighter to the best of my ability 😊

Please Let Me Be Your Child Anyway Swamiji 🙇‍♀️🙇‍♀️
And Its a Century!!