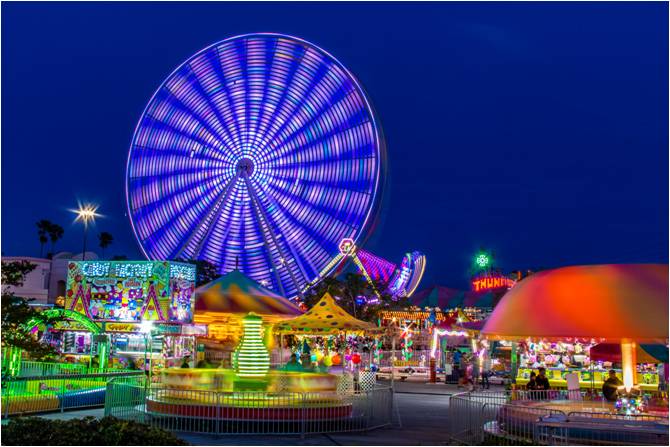 The Priest and the Amusement Park

Once there was an old king who was looking for a worthy heir to his kingdom. He announced that he is going to open an amusement park for one full month, every day from daybreak till nightfall. He himself will be there throughout and whoever can trace him out there, will become the next king.

So, a week later, a grand amusement park was readily opened for the people. Since then, the park was always full to capacity and with full action going on. It was so vast and so entertaining that people came and went, not once, not twice but almost every day. Many days passed like this but there was no trace of the king. No one had found him yet.

The point is, everyone would enter the park with enthusiasm to find the king and claim the kingdom. But once they got in, within moments, they would forget their purpose in the tantalizing and bewitching experiences of the amusement therein. They had not seen and experienced anything of such scale before. The more they enjoyed, the more they would want to enjoy. They would get absolutely involved and lost in the temporary enjoyments. So, the king remained untraced, unnoticed at all.

More days passed, nearing to full one month now. In the evening, just before the last day, a young man who was a traveller came to know about all this. He made up his mind to spend the entire next day in the park, looking for the king.

At the break of day, he was right there. Once inside, he was taken aback by the grandeur of everything he saw. So, he enjoyed every ride, every game and every amusement the place had to offer, to the fullest. But, in his mind, he held on to his purpose. Through whatever he did – himself enjoyed, made acquaintances, sometimes helped someone get on a ride, sometimes stepped back in queues giving way to others, ate and drank; but his eyes were constantly looking for the king. Though he was so overwhelmed by the outside magnificence, yet in his heart, not even for a moment, he lost sight of his goal.

He looked in every nook and corner of the park, not leaving any stone unturned. His senses were now satiated with the experiences of the long day and the heart was starting to weigh heavy in longing for his cherished goal. Finally, almost close to sundown, with lost hope, he dropped himself on the walkway, sat there with hands holding his head hung low. Distant somewhere, a temple bell was ringing; he let the sound soothe his torn spirit.

Then suddenly, in an instant of realization, he raised his head up and quickly ascertained the direction from where the bell sound was coming. A faint smile crossed his lips, he instantly picked himself up and started to run, following the sound.

He spotted a temple up there on a small grassy mound; sometimes visible, sometimes hidden behind the giant rides in the park. Without stopping he just kept running through the maze of roads. He finally reached a place from where he could clearly see the temple at some distance now. It was an old and probably the only permanent structure in the entire park, almost at the fag end of it.

Once he reached there, he saw the priest performing some rituals, facing the temple deity. He did not even get involved in the rituals and stood intently. The very moment the sound of the bell came to a halt, he stepped forward and tapped the priest on the shoulder and said, “Please turn around O revered Highness!” The priest turned around and smiled at him, “I was since so long waiting for you, my son.” Like this, the old king found the king-to-be.

This is our very own story in this world, which is like a giant amusement park with all kinds of experiences to offer. There is no forbiddance to enjoy, but there is also the chance of getting entrapped, at the cost of the mission to claim one’s potential kingdom [by realizing one’s Divine self and becoming Divine].

The Patanjali Yoga Sutras states the purpose of the Seen (world) as
…..भोगापवर्गार्थं दृश्यम्  [PYS 2.18]
This means that this manifested world (Drisyam) is for the purpose of Enjoyment/ Experience (bhoga) as well as Liberation (apavarga).

The choice is ours. The difference between the rare young man and the rest of the people is the same as that between a rare Enlightened soul who amidst all experiences never forgot the goal of Realization and the rest millions of billions who just come and go, having settled for much less.

P.S. Came across this story outline in an online Bhagavad Gita session. These two words ‘Amusement Park’ stand as a good reminder. 😄😉 And we know Who the young man reminds us of? 🙏🌸🍃

Wishing you Love and Peace🌈🕊️


Login with Email
No Account? Create One
In Search of Her.
Daag Acche Hain