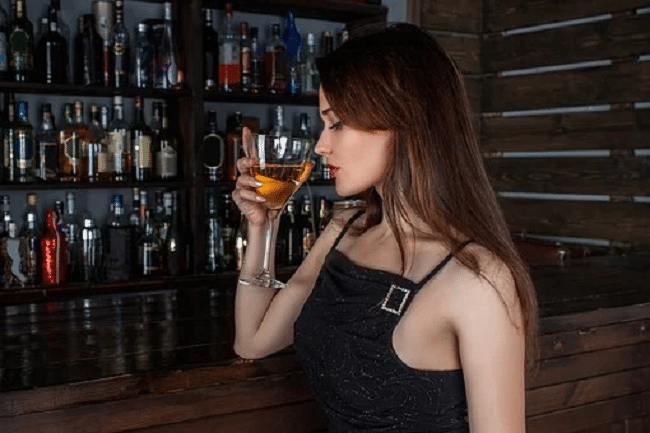 Sometimes we make ourselves vulnerable for a night of partying ...

As her friends dropped her, he was at the doorstep waiting.

‘Oohh…jaan…’she slurred and lurched in his direction.

He caught her before she could fall down.

‘What the…!! He realized her drunken state. He was livid and worried at the same time. A muscle flexed in his cheek as he tightened his hold on her.

He shoved both of them inside the door.

‘ Thank you, guys’ he was grateful to her friends.

I am sorryrryy!..she touched his cheek. Looking at him with puppy eyes.

‘Okay…let’s get you sorted.’ He looked away from her.

‘Sit.’ He made her sit on the sofa. He was not happy to see her in this state.

He returned immediately with a glass of water. ‘ Drink.’

She grimaced but drank some.

‘All of it.’ he insisted. His stern voice giving her no option.

‘I will make you some black coffee…that should sober you up.’

She slouched on the sofa.

He boiled the water and added coffee powder. As soon as the coffee was ready, he took it to her.

She was now lying half- prone on the sofa…holding her hand to her head.

Brushing back her silky long hair away from her cheeks.  He ordered ‘Drink this.’

Dutifully she managed to get in a sitting position and started sipping the coffee.

After a couple of sips.. ‘Mmmm…this feels good.’ She held on to the warm mug with both her hands. The heat providing comfort to her cold hands.

He had a slight smile on his face. Relaxing for the first time.

The slur had reduced in her voice. She put down the mug.

‘Good girl!’ She had drunk the whole thing.

‘I will give some painkillers which should help avoid a hangover in the morning!’ He took her to the bedroom and helped her into her nightclothes.

‘Thank you!’ She was grateful for his help.

‘How did this happen?’

She narrated the whole story how they all decided to go for a impromptu dinner to celebrate the successful completion of a project. But at the behest of a senior’s insistence they all landed up going to a pub instead.

One friend dared her to drink and then she had given in to false pride to show them that she could. She wanted to feel hep and part of their crowd.

But after 3 straight tequilas shots and 2 vodkas’ her head began spinning. She was sick. Nandu took me to the washroom. I puked and don’t remember much after that. She narrated the whole incident to him.

‘Wasn’t that irresponsible of you?’ He took her hands in his own.

She pulled her hands away ‘ Don’t need you lecturing me now…my head has begun to ache.’

‘I am sorry… I didn’t mean to lecture you…okay?’

‘But I was worried for you when I saw you in this state.’ His brown eyes were deep with sadness.

‘What would have happened if Nandini wasn’t sober enough to take a cab?

Or look after you, while you were sick in the wash room?’

She felt so guilty for pulling this stunt.

‘I have always been responsible…haven’t I? ‘ She was feeling a bit defiant.

‘I have never touched alcohol before you know that right?’

‘ I know that…but just think a bit before picking up bets or dares okay? You know you can enjoy parties. I have never stopped you before…but you don’t have to risk yourself for a night of partying! ‘ His voice was vehement with concern.

Are you going to tell my parents? She was biting her lip with concern.

Her husband shook his head.

‘But promise me…you will never compromise your security by getting drunk again. You are not going to put yourself into a vulnerable position where anyone can take advantage of you.’

There was a sheen of tears in her eyes as she whispered ‘ I promise!’


Login with Email
No Account? Create One
Drama Lesson
Wake-up Man! A Clarion Call to Start a New Life.