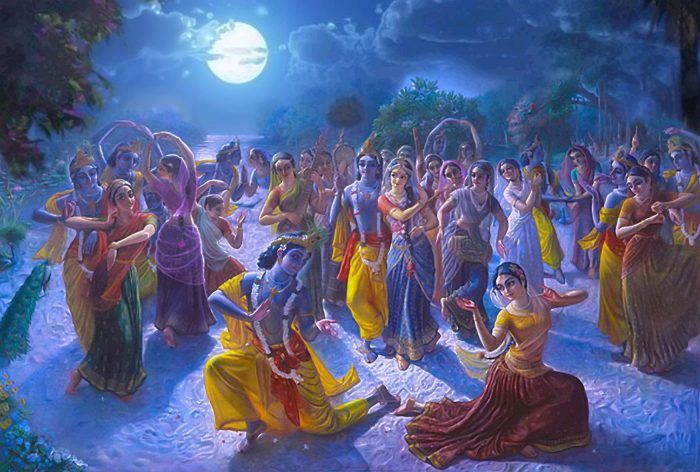 First of all I apologize that I’m unable to read all members posts as I’m having my semester finals.

So today again I’m writing on a recent topic… So called bollywood released a new item song Madhuban. If you didn’t heard this then you are lucky but I must please do listen and see here (https://www.youtube.com/watch?v=2WMTWbRuCsc) what bollywood is doing. Comparing divine with materialistic world, is it right?

Are you able to see the divine? If not then who the hell are you doing. Its not the first time when bollywood did this. But kab tak chalega ye? kab tak ham sahe? Aakhir kab tak?

These people don’t know the real meaning of madhuban and raas but still making item songs…. Why bollywood is doing this to our culture?

The word Madhuban means the forest of honey. As you see a honeybee collects nectar from all sweet flowers and prepare honey, pure sweet. Similarly Madhuban is the place where the Divine plays RaasLeelaa…. RaasLeela is not like all women gathers around a male and start dancing. It’s the divine play where each soul merges in its source. In Puranas it is mentioned that when Gopis entered in raasleela, they were blessed by krishna and each Gopi was having her own Krishna. It’s not like what bollywood is showing. Also if we see essence of this, there is only one purusha in Madhuban, if anyone wants to enter then that person should have the Bhava of Gopi. Even Mahadeva took the form of Gopi to enter in Raasleela. As Mahadev do his Tandava Krishna do Raas… In both cases everything merges in to divine.
I’m no one but still when I see such things it hurts… I pray to the divine to bless everyone with great wisdom.

Take the Stand
Take Care of those Tender Hearts ❤💞