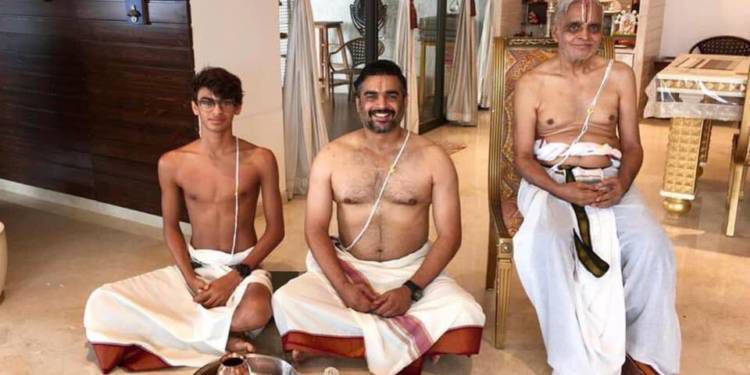 The Real Truth Behind The Janeu

nothing to do with being superior

Hello Everyone,I hope that you’re all doing well,I didn’t plan on writing this article but I recently came across few articles which were bashing people who wear the sacred thread(Janeu) and called them castiests and oppressors,my reaction included a mixture of laughing out loud and feeling sorry for the people who think like that,although it would be ignorant If would refuse to acknowledge the fact that people have been and still are being the victims of casteists and I do not believe that people are superior or inferior due to the house they are born in,but let me tell you the real reason of wearing a Janeu has nothing to do with discrimination or oppressing people,hint:It is relate to the Kundalini.

Okay I won’t go into to too much detail but in the path of Samyachara extreme focus is given on the Kundalini,but in all the paths of tantra i.e,vamachara,dakshinachara,samyachara,kaulachara,mishrachara,Aghor Kundalini is awakened completely,and in peak of all other paths like bhakti maarg,etc,your level elevates partially.

Now,there are three knots namely Bramha knot,Vishnu Knot,Rudra Knot these knots need to be pierced if you want to go to the next level

Rudra represents destruction and as the name suggests,you’ll go through a killing at this stage although not literally but trust me a lot of people would prefer that instead of this,this is the stage where ego gets killed completely and after you survive this hell,you’ll be transformed completely,you won’t be the same person you used to be.

The Knots on the Janeu represents these knots and serve as a constant reminder strive to elevate the spiritual level of the person but unfortunately even a lot of Brahmins don’t know this today.

Thank you for reading till the end.