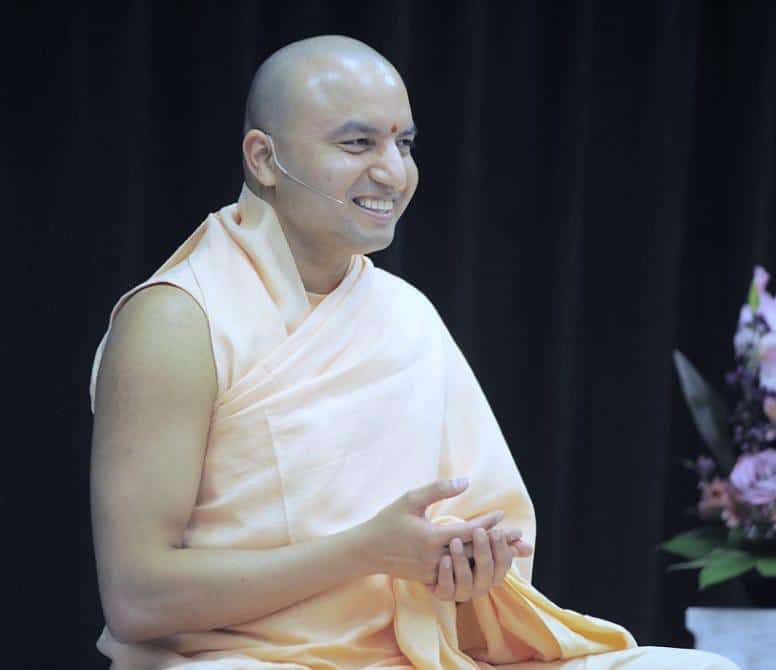 The Savior To The Doctor: Part 3

How Swamiji's Grace pulled me through tough times.

It was the 20th of January 2022, a cold and foggy day. After my morning prayers, when I was about to start my routine, I received an emergency call. Patient Nina (name changed) had gone into labour again! Now, you would wonder why I am saying ‘again.’ That’s because she was already admitted twice for preterm labour. Preterm labour is when patient gets labour pains in seventh or eighth month. Halfway through her 8th month, she was experiencing labour pains on and off. Since the baby is not mature enough to survive in the outer world without support, it’s desirable to prolong the duration of pregnancy as much as possible.

But unlike the previous visits, her labour would not be prolonged and delivery was due shortly. If Divine Mother has decided a child’s arrival time, then who can stop it?

I assessed her around 8.30 AM and thought, she’ll take at least 2 to 3 hours. So, I came back home around 9 AM. No sooner was I home and started preparing breakfast, I received a call again that the baby’s heart rate was going down!

I was in the middle of preparing breakfast. I quickly instructed my domestic help to take over and rushed back to the hospital and reached there soon. All the while I was constantly chanting His name and was praying for the baby’s safety. He alone can grant the child life. 🙏 I have observed that  during stressful times, chanting is like an oxygen to me! I chant and chant and chant incessantly and keep calling out to Bhagwan. 🙏

I assessed Nina thoroughly. Though she was getting labour pains, she was not progressing well and wouldn’t deliver anytime soon but the baby was in distress and had to be delivered fast!

I explained to her relatives the situation and  the need for an emergency cesarean section to save the baby. The attendants were Nina’s parents and sister, who were very  cooperative. I called up the anaesthetist and apprised him of the case and shifted her to OT immediately . By Sri Hari’s grace at 10:10 AM a beautiful baby boy was delivered.

Hearing the baby cry is the best moment for an obstetrician 😊 But because of prematurity, the baby was having difficulty in breathing and needed to be shifted to NICU (Neonatal Intensive care unit) and was admitted there for further care.

Relieved that the baby cried at birth, I was into my job of putting stiches in place … but things really didn’t look great 😕

Something was wrong with her blood. It was taking a long time for getting clotted. Probably, Nina had some blood clotting disorder 🤔 Though her routine tests were normal, intricacies of the human body are beyond all the blood tests.

It took me an hour and a half than the usual half an hour to finish the case. Though I did the closure, I was not very sure how things would go post operation as I had that unsettling feeling in my heart.

I explained to her parents the whole situation and got back to my OPD. It was already very late for my OPD, so the day seemed to go on and on.

Exhausted from the day’s ordeals, I prayed to Bhagwan and thanked Him for pulling me through the morning. But I was also intrigued at the vibes I was getting when I lit the evening lamp. Oh! The immediate phone call made it obvious! The patient’s urine output was very much less than expected, usually the cause is either less fluid intake or internal bleeding.😳

So it was time to rush back again.

What if she’s bleeding inside? My mind raced to all the possibilities!

On further assessment, I noticed, though her urine output was less, her vitals were absolutely stable. So wait and watch seemed to be the only option. I gave her enough fluids and ordered some tests to be done.

I kept a close watch on her condition and she seemed to get better every day. Her vitals were stable and the urine output was good. The baby was still in the NICU, so Nina was discharged after 4 days and was called up for follow up after 5 days.

I took a breather as it was an intense experience for 4- 5 days and I was always on toes as to when and what would go wrong. 🙃

The following Saturday, after 5 days Nina came, but with another grave problem! She was having a lot of pain since the night prior and the area of stiches was swollen! On examination, it was very obvious that there was some blood collection inside, which had found its way up to the stiches. Now, I was at my witts end! When I was expecting this complication postoperative, it didn’t happen and now when least expected the complication has surfaced! Probably such is the way of life. 😌

I confirmed the diagnosis with an ultrasound.

What was the next step? Obviously to reoperate. But considering her medical condition (possibility of some haematological issue) it was quite a risky proposition. I gave the relatives an option of taking her to a higher medical centre but the family knew me for past many years, so they refused the option and gave me a go ahead for re-operation.

Blood was arranged quickly and Nina was reoperated. There was a  blood clot inside her abdomen, which was cleared. We faced the similar situation of blood clotting during this operation also so drain was put inside her abdomen so that if there is bleeding again, it would come out and not get collected.

Again for the next 48 hours, I was constantly praying for Nina. The poor child had been through so much! First, she got admitted for preterm labour, then she had to bear actual labour pains, which was in vain as she landed up with cesarean section and now this complication.😔 Her child was still in the NICU and like his mother, was facing different problems every day. Nina’s husband works in the army and he was posted at the border. He could not get any leave, so she was at her parent’s place. Nina was more than overwhelmed with series of complications but what a strong person she was from within, that she endured everything without any complaints at all. Not even once did she complain about why was she going through so much! She just endured it all with a kind of mental strength at least I had not seen. I always remember my Master’s golden words…Pain is evitable but suffering is optional! Nina is a great, living example of these words!

It was a difficult time for me as well. It’s almost like if patient is not well, doctor doesn’t feel good too. The patient recovers, the doctor starts feeling better. I was with her through all her pains and who was there with me?

To pull me through these tough times who else but my Master! His tremendous grace was my constant companion every moment. ❤️

It was on the 20th of January Nina got admitted in labour and it was on 29th she got reopearated then another 10 days till her stiches were removed. My faith alone was the constant companion through all those difficult days.

Nina wanted to go home only with her baby and Bhagwan made sure it happens. She went home after a week happily accompanied by her bundle of  joy 😊.

All has been well with her since then. Her husband came to meet me when he got a leave from his duties and was more than grateful to me. I reiterated that it was Bhgwan alone who has taken care of everyone including me. 🙏

I am eternally grateful to Swamiji for giving me strength to put up with challenges. This episode gave me a learning for lifetime that things would not always happen the way you envisage. Medical profession is such that everythining is unpredictable.Things will take an unexpected turn when you are least expecting, I just have to do my best and keep my faith that I am only a medium. He alone is everything! And what can possibly go wrong if God Himself is holding your hands?

If the Divine is in your favor, whole world will be too.

If your faith is strong, no adversity in life can shake you

All glories to Swamiji alone. 🙏