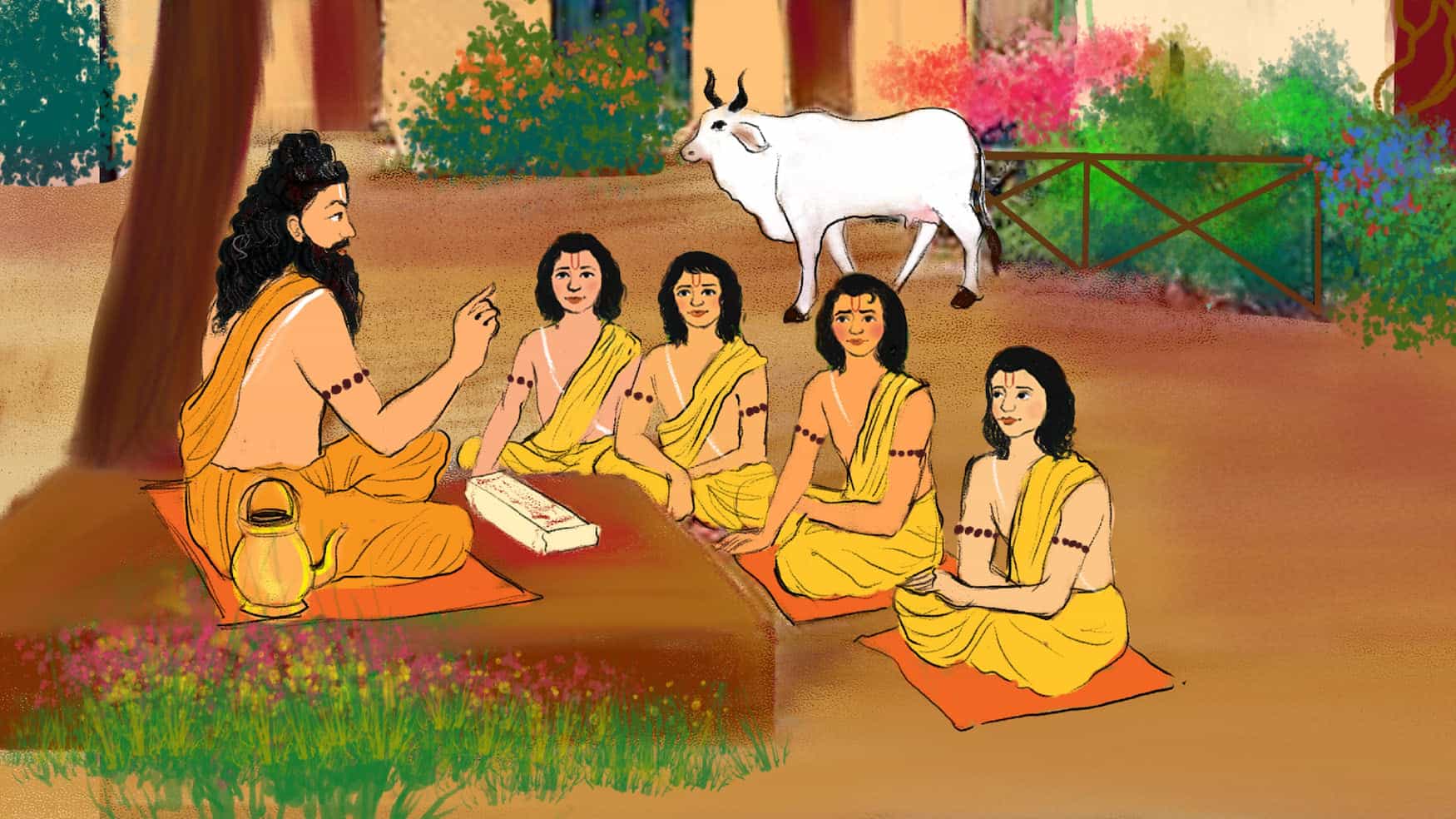 The Six Pillars of Sanatana Dharma

The six words that begin with the ga-sound

As covered in an earlier post, Sanatana Dharma’s goals are compassion and non-attachment. The one who achieves these rises above this world’s pettiness. Further, they also end their cycle of birth and death. To help us meet these goals, the sages of yore provided a lifestyle that formed Sanatana Dharma’s pillars.

Some greats have symbolically depicted that lifestyle as Gita, Ganga, Gayatri, and Govinda. Govinda gets replaced by Guru or even Gau (cow) in some versions of this list. When we combine them all, a path becomes lucid. Thus, we arrive at Sanatana Dharma’s six pillars – Gau, Ganga, Gita, Gayatri, Guru, and Govinda. This post examines the deeper-lying significance attached to these. As follows:

By now, it’s common knowledge that Gau or the cow is sacred for Sanatana Dharma followers. Right after the mother’s milk, the first thing that a child consumes is typically cow’s milk. Hence, cows are worshipped as Gau Mata or The Motherly Cow. Even so, cows are merely a symbolic reference here.

Lord Shiva is Pashupati, and Lord Vishnu became Govinda. These terms mean leader of cows and cowherd, respectively. In general, whenever the Vedic texts refer to cows and bulls, it means Dharma. Therefore, in the current context, Gau represents our Dharma towards all living beings. In other words, the first pillar of Sanatana Dharma is kindness towards all living beings.

There was a time when life thrived only on river banks. For the longest, people in the Vedic belts had depended on the Ganga River for their needs. Also, the water from the Ganga River is said to have medicinal properties. So, the followers of Sanatana Dharma prayed to that river as a goddess. Though, concerning our current topic, the Ganga River represents Mother Nature.

The word Gita here is a reference to the famous Bhagavad Gita. The 700 verses of this text contain the essence of the Vedas as spoken by Sri Krishna. The revered Om Swami points out that the Gita is special because its verses are contemplative mantras. That is, we can either chant this text like a mantra or contemplate it. Of course, those who understand and chant it reap massive benefits.

Though, in the current context, Gita represents the act of gathering wisdom. That includes self-reflection as well as obtaining worldly knowledge. Only wholistic understanding can lead us to our fulfillment and liberation. So, the third pillar of Sanatana Dharma is acquiring wisdom.

The Goddess Gayatri is the Veda Mata or the Mother of Vedas. Also known as Savithri, she is the combination of Parvati, Lakshmi, and Sarasvati. According to some sages, Gayatri Devi is the Vedic equal of Sri Vidya Tantra’s Sri Devi. Tradition prescribes the start of all scriptural studies after chanting this Devi’s mantra. That’s the quintessential Gayatri Mantra.

The mother of all mantras, the Gayatri Mantra denotes the act of mantra chanting. It is a powerful method to cleanse ourselves. Life throws many stones at us, and the residue from these remains in us as mental contaminations. Removing these impurities can get us closer to the Divine within us. Hence, the fourth pillar of Sanatana Dharma is self-purification.

The Sanskrit word Guru means the one who removes our internal noise (or darkness). Throughout our life, we come across many mentors. For most people, our parents are our first guides. Then, we meet some enterprising people who inspire us. Also, as per need, Nature may provide us with a spiritual Guru who may speed up our internal journey.

Above all external Gurus, there is one Guru who knows our “truth” or spiritual destination. That’s the Guru who resides in us. When we learn to listen to that feeble but remarkable inner voice of ours, we’ll be amazed at the guidance it gives. So, the fifth pillar of Sanatana Dharma is recognizing our internal Guru.

As we noted earlier, Govinda means cowherd. It is one of the names of Lord Vishnu’s Krishna avatar. Figuratively, it means that we’re all the cows that the Divine steers in the right direction. Govinda here indicates the Divine that resides within us.

If we practice the first four pillars and learn to listen to our internal Guru, we will sense the Divine within us. When we can do that, we become compassionate and non-attached almost naturally. At that stage, we become free from our sufferings. In addition to that, we get released from the cycle of rebirths. Conclusively, Sanatana Dharma’s sixth pillar is our destination: Realizing our Inner Divine.


Login with Email
No Account? Create One
Magical Messi
Yes I Too Was a Bribing Greedy Devotee