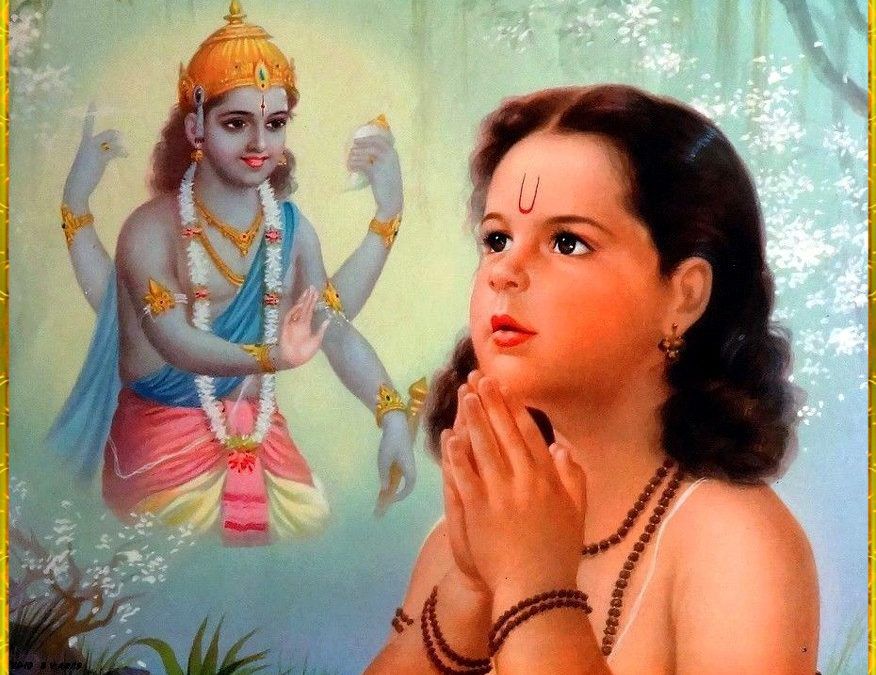 The Story of Narada and Dhruva – An Esoteric Perspective

The story of Dhruva from the lens of a seeker

The inspiration to write this post has come from the engaging narrative of the story of Devrishi Narada and Dhruva by Divya Vanshika. You may read the story here.

In this post, I am penning down the storyline from an esoteric perspective from the lens of a seeker. The idea to write these meanings is not to say that these stories are a mere figment of imaginations and should be read with a deeper intent. It is my firm belief that these stories are based on historical figures that existed in the past before us. The reason I pen down these thoughts as attaching an esoteric meaning behind the story as it helps me walk the path by being established in the divine idea as well enjoying the taste of devotion.

Lord Bramha: Lord Bramha is a symbol of the Supreme Lord. He is one of the trinity and represents the “sat” (existence) nature of Brahman.

Svayambhu Manu: He represents the jivatman, the self within us that is a spark of the Supreme Lord.

King Uttanapada: He represents Ahamkara(ego), an image of oneself as he perceives his own identity. He has two wives Suruchi, and Suniti. Wives in Hindu mythology represent the inherent power of the individual. Ego breeds on the power of intellect and the power of the mind. His own identity is based on these two powers that give him data or information about his own identity. Who am I ? is a pertinent question that lingers in the space of ego and these two powers fetch information and reveals to him an answer on an ongoing basis.

Suruchi: She represents the power of manas(mind). She has a son, Uttama.

Suniti: She represents the power of buddhi( intellect). She also has a son, Dhruva.

Dhruva: He represents an idea that becomes a purpose in our life. As long as we have scattered and many ideas to work upon, we are always far from success. Also, the focus on keeping the ego satisfied keeps us further away from success. This happened with Dhruva as well. He was always desirous of his father’s love and attention which indicates the futile efforts of our buddhi to keep satisfying our own ego, but his dad never actually paid attention to him. This also shows that the ego is more inclined towards the fulfillment of desires in a natural course.

Narada : Devarishi Narada represents a preceptor, an adept who has walked the path, a Guru without whom you would never ever know the final good. He alone can tell what’s is the final good and how to achieve it? Coming in contact with a Guru, Dhruva, the power of intellect transformed into the power of Viveka( right discrimination), became firm and focussed his entire attention on grasping the Absolute Truth.

Dhruva’s Tapas: This tells us that finding a teacher is only a half battle won. After the Guru instructs you on the path to walk, a seeker has to put in his own efforts and discover his/her own truth. No one in the universe can bring the truth to you on a silver platter. One has to work hard, constantly motivating oneself to attain the unattainable.

Lord Vishnu: He represents the Paramatma tattva within us, the divinity that reveals that we are the spark of Him alone. Out of his own “Sat” tattva( Lord Bramha), we have come into existence. After having a vision of Lord Vishnu, Dhruva’s desires are quenched and he felt there is nothing more to ask. This also tells us that after realizing his own true nature, there is nothing one desires.

The reward of Lord Vishnu to Dhruva to Rule: It’s a common misconception, particularly in our prevalent Hindu society that after self-realization, one lives like a beggar and is not allowed to own anything. We have made owning possessions a benchmark for whether one is enlightened or not. JeevanMukta is beyond that, the one who is one with Supreme Lord is beyond Wealth and non-wealth. Depending upon the time he is born and what the situation demands, he is free to either possess or disown wealth. To break the myth, here story further tells Lord gave him the entire kingdom to rule for 36000 years. This means a thin ego of a jivanmukta is a servant of his discriminative power that becomes one with the Lord. Lord alone rule the kingdom making jivanmukta a mere instrument to work in the world.

To me, the story of Dhruva shows the entire journey of an individual as to how from unmanifested he became manifested thinking of himself as a separate and experiences sorrow when he thinks of himself as a part of his Ego and tries to please his ego. Further, how a true Guru can transform a person by showing him the way, and the one who sincerely walks the path finally meets his own divine self, the paramatman.

🌼🌼🌼All Glories to Swamiji alone🌼🌼🌼

It Reminds Me
Feeling Helpless When I See Injustice Happening