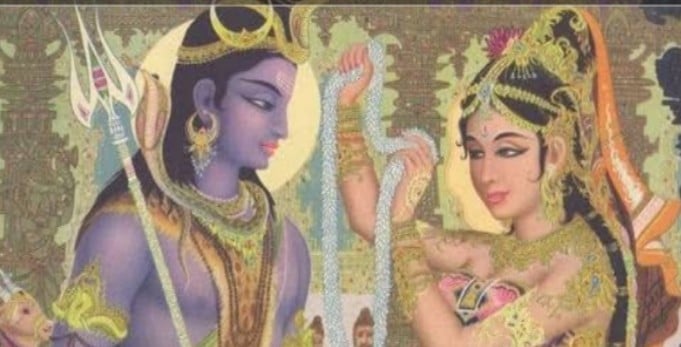 The story of shiva and shakti. Part 2

The story of daksha Yajna. 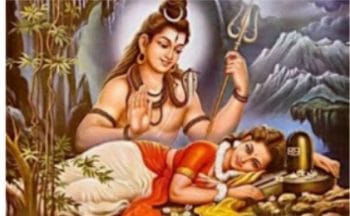 Hello everyone welcome back. This is the story of shiv aur Shakthi part 02. In the last post Sati wanted to marry Mahadev but Mahadev disagreed. So let’s see what happens next.

Later Sati went to her father,daksha and told what all had happened. Daksha did not like mahadev because he was the son of Brahma. He got angry as soon as he heard the word Mahadev but he loved his daughter very much so he tried to convince her but Sathi did not listen to anything. She had come to a conclusion to marry Mahadev. So she gave up everything and went to Kailash.

Mahadev was meditating, so she waited until he finished his meditation. After his meditation she pleaded him to marry her. But Mahadev disagreed. He tried to convince her but sati did not listen at last Sati closed her eyes and prayed. Suddenly Mahadev could see Adi parashakti’s form in sati. Then Mahadev got to know that Sati was none other than Adi parashakthi. Then he agreed to marry her. They got married in Kailash. 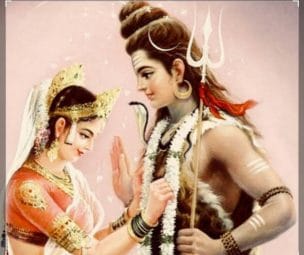 Sati was very happy after getting married with Mahadev. After a few years her father, prajapathi Daksh had organised a Yajna ( fire altar). In this Yajna everybody in the universe were invited except sati and mahadev. Lord Vishnu was invited to protect the yajna. 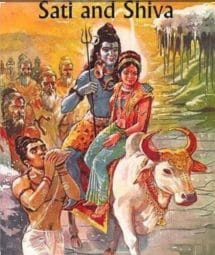 The yajna began. Sati was quite for few moments. Later she started pestering mahadev asking him to take her to the yajna. Mahadev told that they cannot go to the yajna without any invitation. But sati told that she was the  daughter of daksha and she needed no invitation to go. After a long conversation mahadev did not agree to come, so sati went herself. Mahadev started his intense sadhana.

Later sati reached the place of yajna. Her mother was very happy to see her but daksha became angry and stared insulting mahadev. He insulted her by telling that she had married a person who lives in smashan(cremation ground), who applies dead bodies ashes on his body. Sati controlled her anger. But daksha did not stop insulting. He went on insulting more and more. 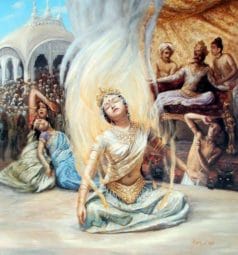 At last sati could not control her anger, she jumped into the fire pit telling mahadev that she would again born in a new life and marry mahadev. Everybody in the yajna were shocked to see this. 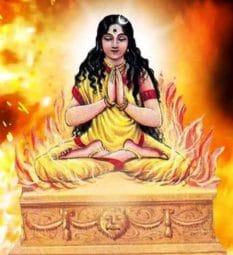 Let’s see what happens to mahadev in my next post. Until then stay safe, stay healthy.


Login with Email
No Account? Create One
Are You Crazy?
Hulchal Part II – “Me Time” My Theory of Relationship