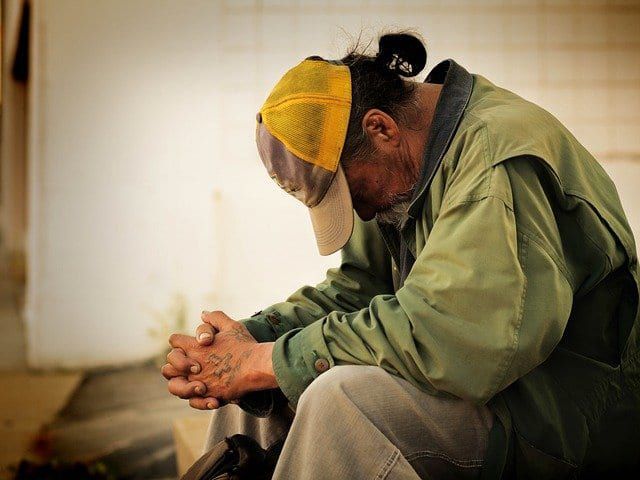 The Stranger in the Cold

Show me that you love me, He, whispered in my heart.

My husband was already at work when I parked my car in my usual spot. I stepped out of the vehicle and was walking towards the store when I saw a man sitting on the wooden bench by the door. He looked skinny, unkempt, and sleeping. When I was close enough, I said hello and asked him if he was okay. He barely raised his head to look at me and in a very feeble voice answered that he just needed to sit for a little while. I asked him if he needed something and he said no, just to sit there for a bit.

I opened the door to the store and went inside. I was looking for my husband to ask him if he was aware of the man outside. When I found Gary, he told me that he knew about the stranger on the bench and that he had asked him if he needed anything and the man had replied that he just wanted to sit on the bench and gather himself before moving on.

It was cold outside that day, and somehow the idea of leaving that man to himself did not feel right. He did not look well at all. He seemed to be in a haze and in need of some help. I went back out to inquire if he wanted to come in and if he was hungry. He said yes to both. We went inside and I showed him the way to our storage room. We have a table there and a couple of chairs where we would sit and eat our lunch, sometimes. I went to find some food, a can of vegetable and meat soup sounded good, I thought, besides, that was all we had that I deemed nourishing enough for the moment. While I was heating the soup, I went back to ask him if a bowl of vegetable and meat soup was ok and if he cared for a toasted slice of bread with butter and cheese. Oh yes he replied with a shy smile.

A few minutes later, I found him sitting patiently at the table his eyes closed. I put the food on the table for him. Before eating he asked me where the restroom was as he wanted to clean up before eating. I smiled and pointed the way.

He gently sat and began eating, mindfully savoring each spoonful of the soup and every bite of the toast. I decided to give him some space and left the room. I headed to the office. Gary, my husband,  was on the phone talking with someone at the local sheriff’s office, telling them what he knew and asking them for advice. They said that a deputy would be coming to the store in a short while.

I went back to our storage/dining area to sit with Henry(given name). We talked and he told me, among other things, that he was headed west, back to California where his home was. He added that things had not worked out for him the way he had hoped to while in this area (Ohio). We talked some more about different things and when Henry said that he neither used alcohol or drugs, I believed him. Henry gave me the impression of being a lost child in a big scary world who did not know how to function in it.

The chime on the door told me that someone had just stepped in the store.  Two deputies were there, I greeted them and told them that Henry was in the back eating his lunch. I asked them if they would be so kind as to give Henry the time to finish his meal and to please be very gentle with him. They assured me they would and they did. They stood by the entrance door to the dining area chitchatting with Henry, asking him general questions. I could sense that Henry was nervous and worried, I asked him if he wanted me to stay with him and he answered by the affirmative. We continued to talk. I was trying to take his mind off the imminent. Henry was finally done with his meal, and the main officer, who had patiently been waiting, asked Henry to stand up and lift his arms so he could check him out. Henry did and that is when I saw that he was all skin and bones with worn out clothes. My heart sank at the vision. He emptied  his pockets and turned them inside out. After searching him  thoroughly, the officer explained to Henry what was about to take place shortly. Henry nodded in acceptance of the inevitable.

He looked at them then at me and asked me if he could give me a hug, I nodded. We stood there for a moment truly hugging. He then handed me a coin *. He said that this coin was very precious to him and he wanted me to have it. With tears threatening I accepted his gift with the promise to keep it for him till the next time we met. That was a few years back. I have not seen Henry since and I have often wondered about his whereabouts. I still have the coin with me for when I see Henry again. 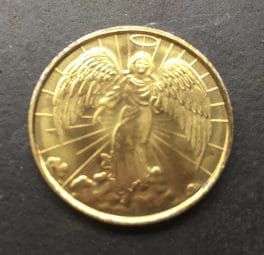 **Featured image is from Pixabay.com by Leroy Skalstad

LoveSlice of Life
Support This Author

DEAREST COVID-19
Out of Control