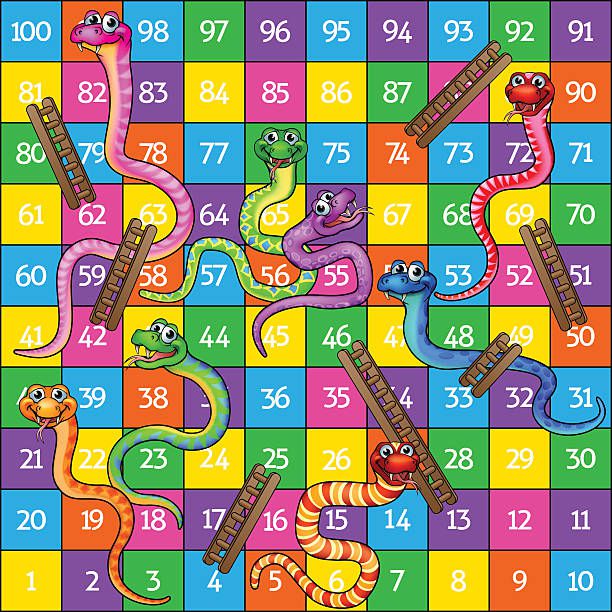 THE UNBELIEVABLE STORY BEHIND “SNAKES AND LADDERS”

We have all grown up playing this childhood game of “Snakes and Ladders” and loved it, infact we still continue playing it, difference being the change in format, earlier it was played on as a “board –game” now it’s played on the “mobile” .

This addictive game is a favorite of all ages, be in a kid, youngster, middle-age, or old age, the thrill of climbing up the ladder and winning still excites us, and the sighs and groans heard when the snake eats us up.

This game was created in the 13th century by a poet saint Gyandev as a children’s game and was called “Moksha Patam”, which was changed by the Britishers as “Snakes and Ladders”

In the original game,one hundred square game board, the 12th square was called “Faith”, the 51st was called “Reliability”, the 57th called “Generosity”, the 76th called “Knowledge, the 78th called “Ascetism”.

These squares where the ladders and one could move ahead faster. The 41st square was called “Disobedience”, the 44th called”Arrogance” the 49th called “Vulgarity”, the 52nd called”Theft” the 58th called “Lying” 62nd called “Drunkness” , the 69th called “ Debt”, 84th called “Anger”, the 92nd called “Greed”, the 95th called “Pride”, the 73rd called “Murder”, and the 99th called “Lust”
These were the squares where the snake waited with its mouth open.The 100th square represented “Nirvana or Moksha”.
The tops of each ladder depicts a God or one of the various heavens – Kailasa, Vaikuntha,Brahmalok etc. As the game progressed, various actions were supposed to take you up and down the board as in life.

Bhavani Sundaram is based in Delhi and is a freelance blog writer. She writes on topics relating to animals, pets, day-to-day life’s happening, and history and travel. She has also penned some poems which are available as E-books on Amazon. She has been educated in Mussoorie, college in Mumbai and has a wide experience in animals and pet-related matters, and has been a member of several Ngo’s\. She is contactable on Email: bhavanisundaram46@gmail.com Blog Site: thoughtsandmuses.blogspot.com. Happy Reading