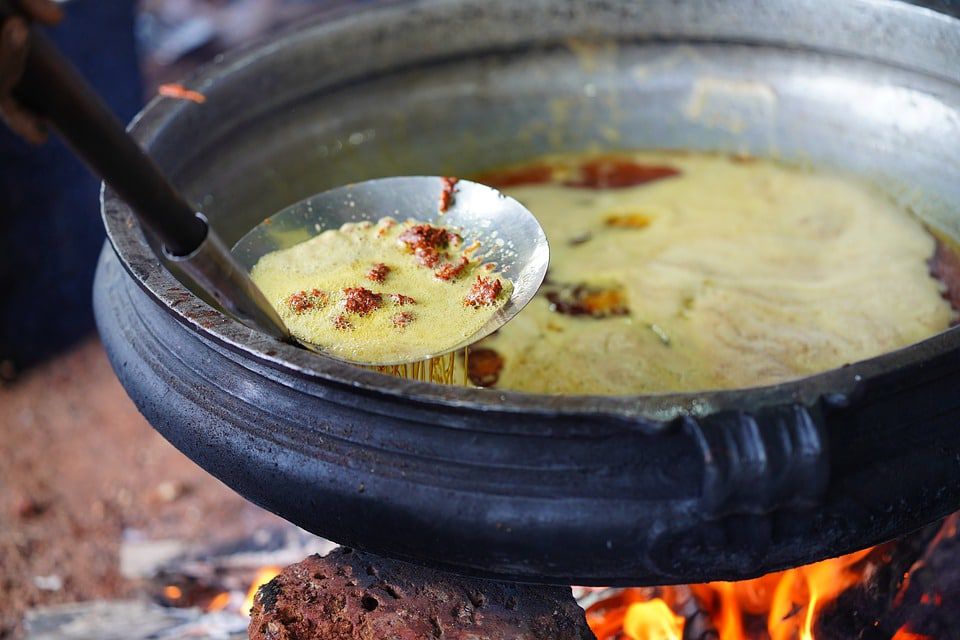 Cooking is nothing short of magical

On a sluggish afternoon

Grandmom turned into a witch.

‘Why a sudden switch?’ You’ll ask.

‘Why couldn’t she stay the old woman she was

‘With a wrinkled face and gnarled paws?”

She would do it in style.

Every once in a while.

When the veranda kitchen was taking a siesta

While the Sun gazed viciously at scrubbed steel vessels.

She walked in and woke all of them up:

They danced to the beats of her songs as she

Strained to catch the notes of an unsung recipe.

She created room for little minions

To huddle around the earthen stove

As she wove tasteful tales on boring days

When the homemade butter sizzled in the wok.

Her hands whisking ingredients off the shelves:

The minions watched; the magic unfurled.

Yes, they could witness but never question

About the ingredients, the procedure, and precision.

Aromatic trails from her wok woke up the house.

Sleepwalked into the witch’s den

To sample the delicacy concocted in a short span.

Far and wide the Grandma witch was known to prepare

Enchanting compositions; as if from thin air.

(This poem was born from the enduring memory of my grandmother cooking impromptu delicacies on sultry afternoons. Shaking off the afternoon languor, she would spring to action with a retinue of grandchildren following her into a makeshift kitchen. They would huddle around her stove and witness the magic unfold. )

Highlights and Lowlights
Biases That Blind Us