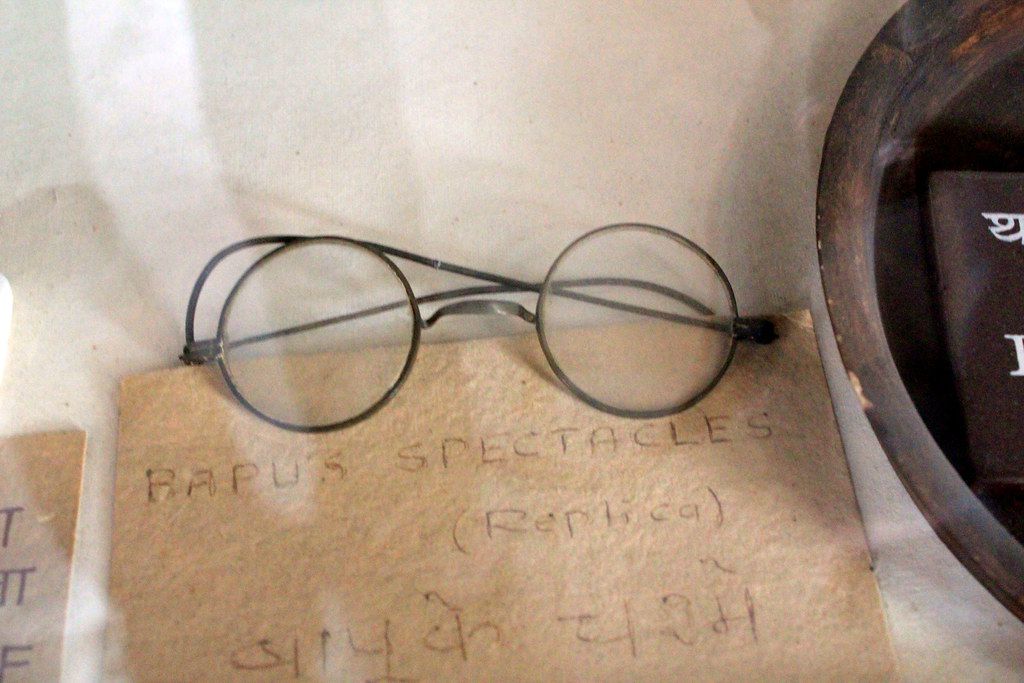 The Wizard Who Once Lived

My understanding of freedom in Independant India #writewithosdotme

I have never met Mahatma Gandhi.

But I know him through history books like everyone else.

Through stories from my mother.

And in the last few years through Raju Hirani.

I was born in an independent India. I got everything on a platter including my freedom. Something that I have taken for granted all my life, was given to me by a man I have neither met nor claim to know personally.

But I see him everywhere. On the faded walls of the post office. Government dairies that are handed out to disinterested politicians every January. Forgotten corners of the embassies. On crisp bank notes oozing out of ATM machines. He always remains in the background, visible only if I can focus my gaze long enough.

I grew up listening to stories of bravery and sacrifice of men and women so ordinary that I could find them at any corner when I go to buy vegetables. In school the bookish history was shoved down my throat with exact dates and happenings without so much of igniting any patriotic feelings. I was told repeatedly that he is the father of the nation. A nation that I am not so attached to since I left when I was 18. I am told he lived with less so a nation could live with so much more. This was all in the books: hooks, line, and sinker. History asked me to be grateful for what was achieved without any bloodshed. I am grateful. Don’t get me wrong. But when you have not lived through the experience yourself, you tend to value it less somehow.

My mom reminds me that my paternal Grandmother, my Baa’s kanyadaan was done by Gandhiji. My Nana fought in the freedom struggle and ran a Gujarati printing press writing against the British Raj. There was a warrant on his name and my naani went from village to village with 4 children while Nana went into hiding. My father wore khadi his entire life until the day he died. Gandhiji had written many letters to my grand parents during the struggle which were donated to the government by my parents instead of selling it to Sotheby’s and making a killing.

This is my family’s history. I am proud of it. But I have not lived their life. I have only gazed at it from a distance, as a bystander. I know what I know.

When I look back at 75 years of freedom, I ask my myself what does this freedom mean to me. I have no answer because I have always had it.

But as I reflect on my life journey, I start to understand the significance of what was achieved. I was trapped in an abusive marriage when I was younger. The marriage lasted 11 months and finally when I fought back and walked out, the taste of FREEDOM was sweeter than honey.

The anger I carried towards my ex and his family burned me from within for years. Thoughts of killing them, killing myself and sometimes pushing them off the cliff did cross my mind. Would I have been the same person had I acted on violent thoughts? FORGIVENESS helped me grow into the woman that I am today. I still get mad occasionally thinking of what had happened to me back then. But now I also understand that STANDING UP FOR YOUR RIGHTS is always the right thing to do no matter what price you end up paying.

As I whip a cooking storm in my kitchen, all spices must be in perfect synchronisation for the dish to dance on a plate. But what if I was not able to afford a pinch of SALT? Will my culinary masterpiece be palatable? That one pinch makes all the difference to all the Michelin star restaurants across the globe.

I now understand FREEDOM, FORGIVENESS, and STANDING UP FOR MY RIGHTS a lot better having gone through them in my personal journey. But to think of these in 1930 and awaken a nation with a pinch of SALT; for that you must be a magician!

Because before there was JK Rowling

Before there was Harry Potter

There lived a wizard

Who wore round glasses!