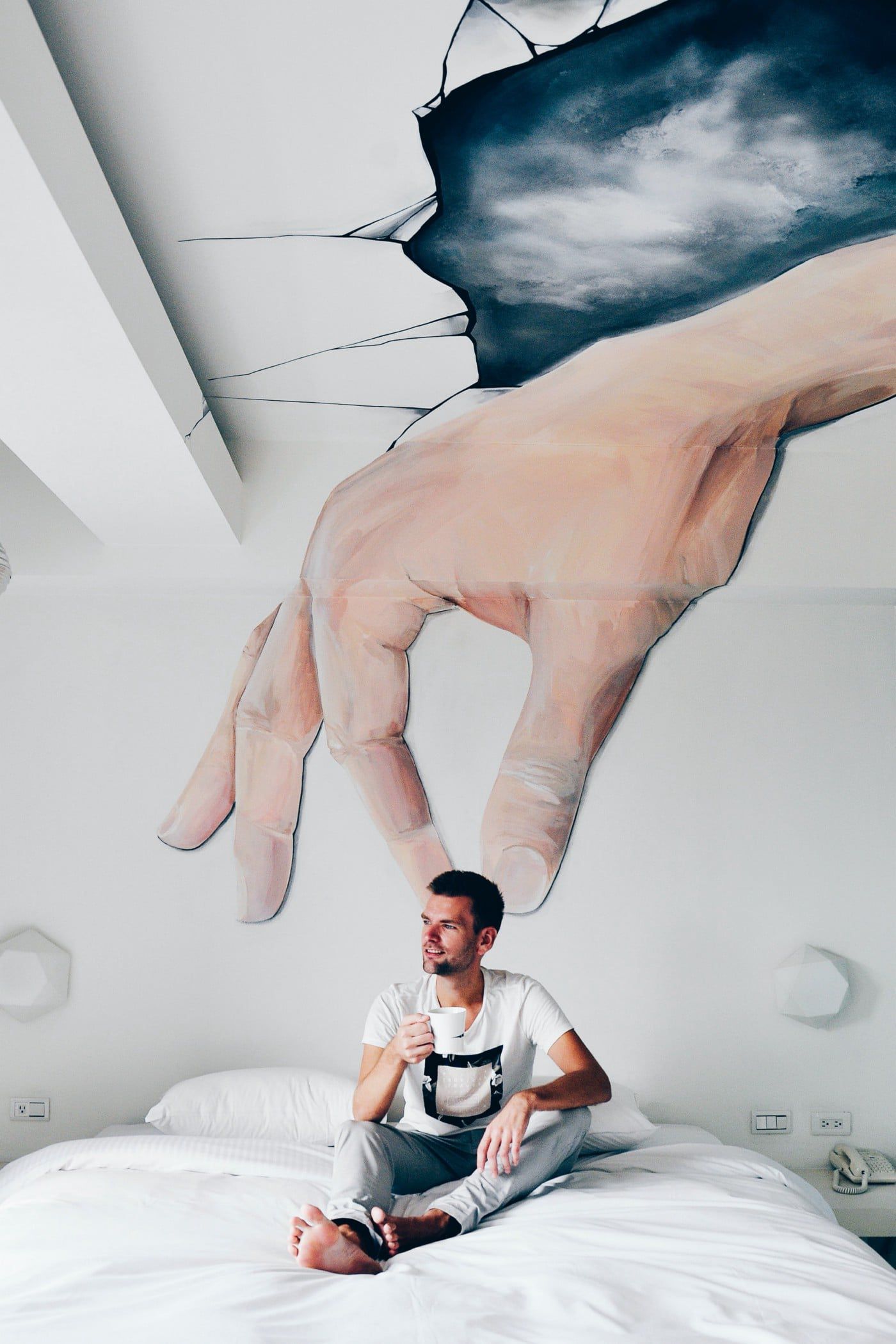 I know you believe this also, or else you wouldn’t have clicked on this article.

Before the Routine Lobby Group takes aim, let me say this, routines do have a place. Some people need structure, predictability, and presumably a list of articles telling them what to do when to do it and why they should do it.

For the rest of us, there is hope. Salvation can come but not in the form of a routine.

The routines don’t work (they just make it worse)

I have run several startups and am now a freelancer, so I have goals and need to work to make money.

When I first became a freelancer/solopreneur, I thought I needed to find a routine. I made the mistake of Googling morning routines and was bombarded with all the things I should be doing. I felt inferior because my routine was nothing like theirs.

Some of them bordered on satire. I mean, have you seen Mark Wahlberg’s routine? I thought he was joking, but he apparently does this.

About the same time I am having my first coffee of the day and scrolling through Social Media to avoid working, Marky Mark had prayed, worked out, played golf, hung out in a cryo-chamber (which is another story that should be explored), and had three meals.

Even the so-called ‘regular morning routines’ just made me feel inferior about what I was doing. I tried several and explored meditation, drinking ten gallons of water, journaling, vegan detox, and all the weird and wonderful things people did every morning.

They didn’t resonate with me, and I felt I was spending more time finding the perfect routine rather than doing anything productive.

It seemed I needed a routine to plan my morning routine.

“People get so hung up on the idea of daily rituals that they just don’t do it at all.” Laura Vanderkam, the author of What The Most Successful People Do Before Breakfast

The more routines I tried, the more pressure I put on myself to find the perfect routine. Without a routine, there would be no success. The message came loud and clear from the articles across the blogosphere—so many articles about routines.

Each morning they taunted me. The algorithms serving up obscene routines keen to be seen on my screen. Successful writers telling me the only way to achieve anything was by setting a routine. Here look at the morning routine of (insert best selling author’s name).

I was destined to fail. I would sit forlornly at my laptop, willing myself to write — it was in my routine, dammit — but nothing was happening. My brain wouldn’t function. It was affecting my mental health and my performance.

I would never be a writer if I didn’t have the perfect routine. It made me want to quit writing.

Death to the routine

Annie Paul, author of “Brilliant: The New Science of Smart” wrote in Time Magazine, “The way most of us spend our mornings is exactly counter to the conditions that neuroscientists and cognitive psychologists tell us to promote flexible, open-minded thinking.”
Hang on, Annie. Are you telling me that a routine can affect your creativity? Wait a second; as a writer, I rely on creativity. That can’t be good.

So I decided to experiment.

As long as I hit those KPIs each month, what happened within that lunar cycle didn’t matter. No two days needed to be the same. I could write when I wanted. I didn’t need to get up three hours before I went to bed. And most importantly, I could cancel my cryo-chamber booking, which was good as they are expensive. And cold.

I could write at my desk, at a cafe, on a park bench. I could exercise in the morning or at night or not at all. The only thing I needed to do was to hit my KPIs.

I said I would give myself a month to see if the new flexible, carefree approach could work. And I started my new philosophy at a random date in the month, so it didn’t feel like a Monthly Routine (i.e., from 1st to 31st).

Variety is the spice of life — and according to research, also happiness.

Wharton marketing professor Cassie Mogilner researched the relationship between happiness and its relationship with time and money. She “found that over a day or a week or a month, variety — perhaps consistent with people’s perceptions — leads to greater happiness.”

When I woke up at 5.30 am or 8 am, I assessed my mood. Did I feel like heading to the gym? Was it a sunny morning worth exploring with my dog? Should I take my laptop and head to a cafe for a coffee? Without a routine, the world was my oyster.

I felt free by not being constrained by a routine. Each day was different.

After a few days, what I found was that I was longing to write more. Whereas mornings used to be a writing wasteland, now they were writing wonderlands. By simply removing the burden of a routine, I felt freer and became more productive.

It seems subconsciously my brain was anti-routine and was now thanking for its freedom.

“I could imagine for somebody who has an absolute horror of being constrained, a sense of routine or commitment doing the same thing every day would be intolerable –you would want to rebel against it to assert your freedom,” author Oliver Burkeman.

After two weeks, I was sleeping better, writing more and shock horror going to the gym more often. I still had the same amount of time each day but somehow procrastinated less, and when I undertook an activity felt more productive.

Another benefit of no routine was that I wasn’t clock-watching. It didn’t really matter how long I took to do something or when I did it, so the time wasn’t as important.

“Spontaneous- Of a person having an open, natural, and uninhibited manner”

For some people, the morning routine will set them up for success. Others thrive with an afternoon/evening schedule.

And then there are others, like me. Who feel confined by routines. Even the word feels like a mental straitjacket on my creativity. I thrive on spontaneity. I love the definition above of being open, natural, and uninhibited. For a creative person, the description is apt.

It is still important to have work, social, and personal goals and meet these, but they can be achieved more spontaneously.

If you are like me and don’t gel with routines, then ditch them. I feel so much better without one, and hopefully, you will too. And join me in boycotting any article that has the word routine in the title.

Except for this one, obviously.

Photo by Alex Block on Unsplash