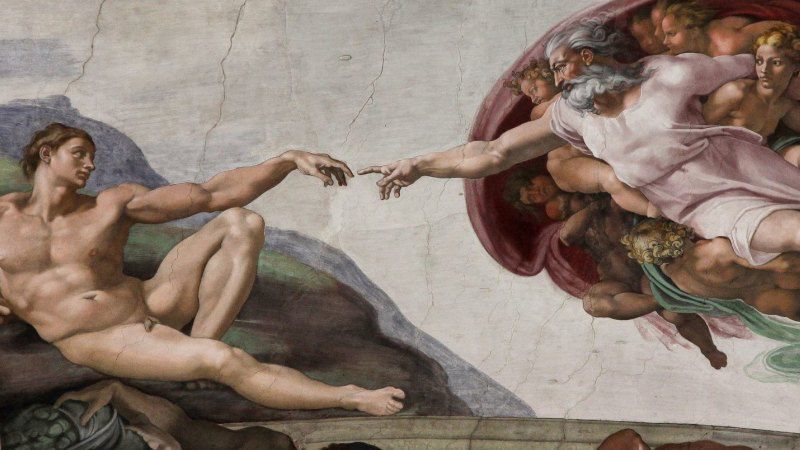 “The only difference between me and you is that I know I am God, and you don’t,” said a spiritual master to his disciple. In fact, most spiritual masters and teachers have said this in different ways and words, be it Jesus, Buddha, Krishna, Sai Baba, Ramana Maharishi, and others. How come they all turned into Gods and we still remain mere mortals?

Buddha during his lifetime went to the extent of saying, “There’s no God.” He elaborated saying, “God doesn’t live in temples. Each and everyone is God. Search within and you’ll find God.” This infuriated the Brahmin community as their entire livelihood depended on selling the concept of God. Meanwhile, many young princes from all across the country had started to come to Buddha to gain wisdom from him. Seeing this, Brahmins colluded with these kingdoms that Buddha is going to convert all the princes into sadhus and started the persecution of Buddhists. Soon Buddhists were targeted, killed, and had to escape to neighbouring countries.

These Brahmins like the clergy of Christianity or the mullahs of Islam and other religious leaders instilled fear in people. For centuries they sold the idea that God is a supreme entity that keeps a watch on us, counts our sins, and punishes us accordingly. They turned people into God-fearing people. Each religion created its own symbols of God and godliness. God was a supreme being while the religious leaders who wrote the religious texts and conducted worship in various religious places were office bearers of God and the people at large were lowly beings who could never dream of getting a glimpse of God. The people were at the mercy of these religious leaders and have to pay them or offer money, jewellery, and donations to the religious place or God might strike them down.

If God is everything and is omnipresent, and omniscient, do you think he can be lured by donations, gifts, and sweets?

This is where spirituality is different from religion. Spirituality makes us God loving rather than God-fearing. For years Buddha travelled all across the country, he studied under the renowned saints and Gurus of his time, he read all the religious texts and conducted all the poojas, chanted mantras, and whatever were prescribed in the religious texts. Still, after many years Buddha said, “I never saw God or any Devi or Lord Shiva. No God ever came to visit me.” It was only when he gave up all forms of parrotory and dived deep within himself that he gained Self-realization and said, “There’s no God.” But we all are God.

I consider Buddha more like a scientist, a psychoanalyst and so are the great spiritual masters. Like Buddha, all spirituality is very practical. Buddha experimented with all forms of religious discourse for years and then gave it all up when it failed to give him any results. Even his teachings are very scientific as he says that don’t believe whatever I tell you, experiment, observe and see the result. This is exactly what we do in scientific experiments.

So the question is—what is this God that Buddha or other spiritual masters see inside them and we don’t?

Let’s look at it scientifically in a practical manner. We have this body with its many functions, we have a mind that works non-stop and keeps planning and strategizing or throwing us into euphoric states or into depression. This mind has many thoughts, memories, or loads of data that give us an identity or an ego. When we sit in meditation or in silence the activity of the mind slows down. There are times we can observe our thoughts, our mind and are aware of this mental activity.

So who is observing the mind? What is this awareness? Obviously, mind cannot observe itself and cannot be aware of itself. There has to be something else.

When we go deeper into meditation or for some it can happen is moments of silence, we connect with this awareness and the observer. It’s not an organ in the body but it’s a presence. There’s something inside that observes without feeling anything, without judging anything. As you go deeper, this awareness is present in your whole body, it’s like a current flowing through your body. It’s life itself. It has been given many names like—Self, the Christ within, Atman, Praana, or God.

When Buddha left all Gurus and religious teachings, he sat in silence under a tree and attained self-realization. He connected with his innermost being, atman or Self or God. He realized God is within us and declared there’s no God.

This same life force is there is every blade of grass, in flowers, trees, animals, and this whole cosmos. Lord Krishna in Bhagwad Gita says, “Atma is unborn, eternal and indestructible. It cannot be cut into pieces by any weapon, nor can be burnt by fire nor moistened by water or withered by the wind.”

When you gain self-realization, you realize the God within us and that all throughout you were praying to yourself. The grace you were begging for was always there inside and it’s the intensity of your calling that the grace and the Self will shine forth.

The realization comes— The infinite God lies within me and I belong to the infinite.

All this is still theoretical knowledge. Like Buddha we need to dive into experimentation— test, observe and see the results.

आ अब लौट चलें
Our Failures Fail Many Others