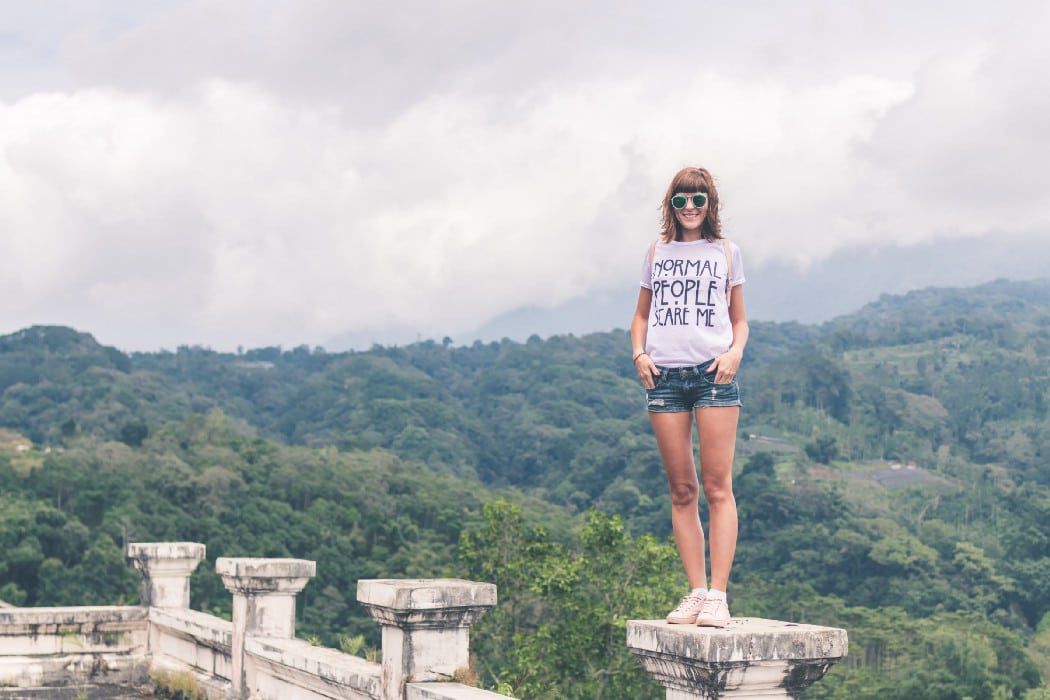 Through My Brother’s Death, a New Life Emerged

There were many costumes, but only one that was the perfect fit

“Michael is dead. You need to accept that.”

The words were blunt and rang in my ears. Michael is dead. But how could he be? He was here this morning. I saw him.

Well, I think I saw him. It was a different Michael, that was for sure. But people change. Celebrities, models, musicians change their looks more often than I change my underwear. Which is at least a few times a week.

Michael had a new look. I didn’t like the look. I hated the look, to be honest. But I was used to that. Michael had gone through many looks, a never-ending wardrobe change.

“Ashley. Do you have anything to say?” my mom asked me.

It was a serious situation; hence she called me Ashley. The name she used only in serious times. Like when I took $5 from her wallet. Or didn’t do my homework. Or I guess when my brother had died.

At my parents, their eyes red. I looked at the psychologist. Or was she a psychiatrist? Maybe a counselor. I looked around to see if there were any degrees or certificates on display. There were none. Was she even licensed?

“Ashley?” Now the lady with unknown certification was calling me Ashley. This really was serious.

I looked down at my feet.

Michael was my eighteen-year-old brother. We grew up in a middle-class family and had everything we needed. Yet Michael had a troubled childhood and was always acting up.

We were never close. Four years age difference wasn’t too big a gap, but we could never get on. I was interested in sports. Michael was more into art. I was extroverted and loud. He was shy and quiet.

Michael was the annoying little brother that had to tag along with me.

“Ashley, take Michael to the park with you. He doesn’t have friends, so please let him come.”

Yeah, Ashley was in trouble. And my punishment was babysitting Michael. He was embarrassing. It seems whenever I was in trouble, I was forced to look after Michael.

And of course, there were the costumes.

The white shirt was three sizes too small. It looked like it would pop at any time. All designed to show off bulging biceps and perfect pecs. Michael was fifteen and spent several hours a day at the gym.

He was obsessed with becoming a five-foot version of Arnold Schwarzenegger.

It was embarrassing listening to my friends laugh at my perverted little brother.

Michael wore the same white t-shirt he used to wear to the gym. It hung baggy and loose on him. He barely ate anymore. He looked malnourished — you could literally see his ribs stick out.

My parents tried to get him to eat. He would push a few peas around a plate and say he was full. Occasionally he would finish a meal, and we would silently celebrate. Then whenever I was asleep, I could hear the telltale signs of him bent over a toilet.

Michael spent a lot of time visiting medical professionals. Trying to understand what was driving these radical behavioral changes. He was out of control, involved in illegal activities, and was arrested several times.

One day Michael walked into the house in a dress, makeup, and wearing a wig. I laughed.

“What the hell is this? Halloween?”

The next day Michael returned in a similar outfit.

“I want to be called Amber from now on.”

This ‘costume’ lasted. It wasn’t a costume after all.

We were waiting in a hospital.

This was the mid 90’s. Twenty years before Kaitlyn Jenner. There was no awareness of transgender issues. There were no support groups or research or help. Not even a poorly written government health advice flyer.

The only advice we got was to act as if Michael had died, for, in fact, he was dead. Mourn and grieve if we had to, but then move on. Accept the new person in our lives — Amber.

I wasn’t sure if we were supposed to have a funeral. A wake? There was no protocol for this. I couldn’t Google an answer. Google didn’t exist yet.

Almost all my entire family accepted Michael was dead but didn’t accept Amber. She was ex-communicated. She was in her final year of school and was shut out from the few friends she had.

Her new life, like the new life of a baby, was spent crying and sleeping.

In the first few weeks, we came to accept that Michael was, in fact, dead. That Amber was here. Forever.

Friends would be inquisitive. Some would ask stupid questions but I didn’t know what to say to people.

As we tried to adjust to the change in our family household, a newspaper did a story on Amber. When the paper came out — I read it. It was perhaps the first time that I understood what Amber had gone through.

The emotional rollercoaster. The different ‘characters’ Amber had tried before realizing the truth. To decide to be true to herself. In a time that was unforgiving of people who believed they were born in the wrong body. Of ‘freaks.’

She was asked about me. Her words were not kind. I was hurt but realized it was she who was hurt.

As time went on, I forgot about Michael. Almost as if he never existed. Many people don’t know that I ever had a brother. Some may read this and find out for the first time.

It’s hard to understand what it must feel like. The number of times I’ve heard her say she wishes she was dead and that she was never born, it’s heartbreaking.

According to a study conducted in Sweden, “Ten to 15 years after surgical reassignment, the suicide rate of those who had undergone sex-reassignment surgery rose to 20 times that of comparable peers.”

There were severe medical episodes when I thought I would be told my sibling had died again. One sibling. Two deaths. Is that even possible?

My parents have been fantastic through the few ups and the hundreds of downs. Visits with doctors, therapists, lawyers, police, social workers. And that lady whose qualifications I am still unsure of. All of them are part of the Amber Army.

But through it all, while Michael is dead.

Inspiration Corner
Looking into the Past !!!