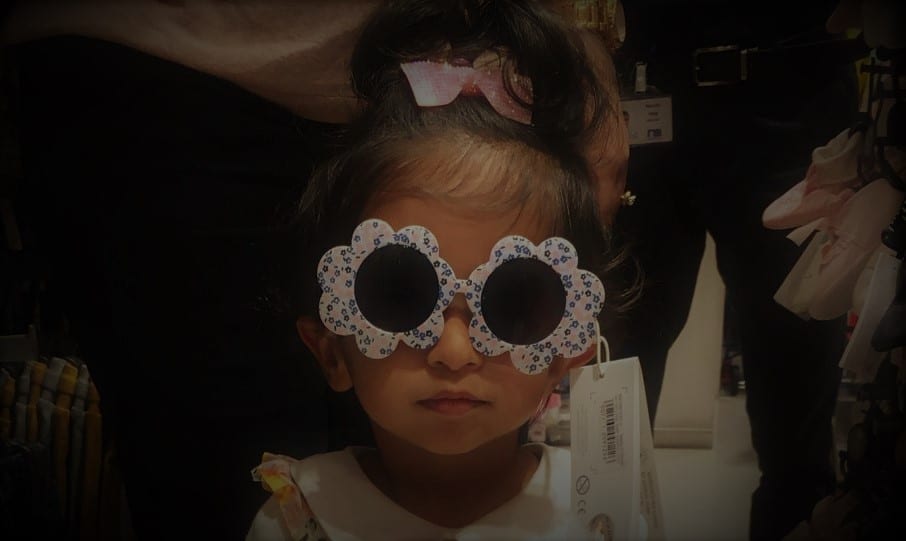 Thug Life of a Kid – Teacher Vs Toddler

"Mamma I told my teacher- I don't listen to Teacher! I only listen to Mamma!"

My 3-year-old daughter dropped a bomb on me today morning.

I was settling her into her car seat to drop her off at her preschool when she fired away without warning, “Mamma you know, I tell my teacher that – I don’t listen to teachers! I only listen to mamma!”

Dumbfounded, I stopped dead in my tracks. If Mr. Chitragupta from the heavens were watching me at that moment, he would have documented my face by using the emoji that has its head blown off!

“Hawww!” was all I could say for a moment while taking in her spirited little revelation! This was a “Never have I ever…” for me, but my kid was already ahead of me!

I had to know more, so I tried to smile. I could only stretch my smile halfway due to embarrassment. But her innocently haughty expression did the rest of the stretching.

“You shouldn’t say that to your teacher. You should listen to both mamma and the teacher.” I said, feeling sorry for her teacher. “Then what did your teacher say?” I asked. I was curious to know how that stunned teacher might have dealt with her.

“Teacher said – then why mamma send you school?” she said in her grammatically off toddler speech.

“She is absolutely right!” I agreed with her teacher’s response. In spite of being a little embarrassed by my daughter’s behavior, I was impressed by her teacher’s witty response. Her teacher had gently hit the nail right on her head!

“You see mamma sends you to school so you learn good things from your teacher. For this, you have to listen to them without ever talking back.” I advised her.

There must have been a trigger though, I thought. So I asked her, “Why did you say it in the first place?”.

“Because she don’t listen to me!” she replied defiantly, shaking her head from side to side. Her big eyes looking up at me. Annoyed, confused, cute eyes.

I couldn’t help but laugh by then. My daughter was a roaring lioness under the skin of a meek-looking meerkat!

Her personality had shown traits of a leader and uncommon confidence from very early on when she was not even two. But this little leader was not yet ready to charter constitutions of the world or negotiate treaties in the United Nations. Her understanding of the right ways of the world was very rough on the edges due to her little age and experience.

This is one of my tasks as her parent – to hone her leadership skills and valor in perfect harmony within her – so it comes out of her like music that orchestrates the society around her into as much order and balance as possible. For leaders can be legends if shaped out of righteous values, like Krishna. Or they can be tyrants if shaped out of an unhinged ego, like Kansa.

A righteous sun does not burn but nourishes.

So I had to make her understand the right thing to do here. I had to choose my nail carefully. I thought of two and I decided to use them both.

“Yes, baby because it’s supposed to be this way. Kids listen to teachers. Teachers don’t have to listen to kids.” I said.

“When mamma was little, she listened to her teachers, even when they got angry, or gave too much homework and too many projects,” I continued with as polite a smile I had in me. “I didn’t like it every time, to be honest, but I seldom talked back.”

(I hid one scenario from her though from my college years when an entrance coaching teacher lied to me about course structure and cheated me with double fees. I was tough with this teacher. A story for my daughter when she grows up.)

Her expression shifted away from defiance towards eagerness. I had her full attention now. My nail number one – my daughter’s love for stories from my childhood – had hit the intended target!

“Do you know why?” I continued.

“Why?” she asked softly.

“Because just like a little Devi lives in you, my Kumari, and mamma touches your feet to seek her blessings, Saraswati Devi lives in good teachers who bless you with their knowledge!” I said. Her eyes lit up, she gave a slight smile full of delight, as if a profound secret had unfolded in front of her. “This is why you should listen to them courteously, always!” I said with a sense of gentle finality in a tone of No Further Arguments. She sat quietly, pondering over what I had just said, still smiling.

This was my second and final nail. A divine one. Sarasvati Mata. Sarasvati ji had just sat on my tongue, to come to my rescue, to discipline her little fan in the most precious way possible! My daughter is delighted with the concept of Devis. “Beautiful princess! Pretty princess!” she would call them. Sarasvati Mata is her favorite. “She is very pretty and she knows songs and she plays her guitar!” my daughter would ramble on in praise of her favorite Devi.

My daughter’s interest in my pooja altar piked after I showed Baal-Kand(childhood) episodes of Ramanand Sagar’s Shri Krishna to her. We all have a source from where we begin associating with deities at an early age. It was Shri Krishna series for her. From here, thankfully for her spiritual betterment, she got an introductory understanding of deities like – Radha, Krishna, Sarasvati, Shiv(Shankala, she calls him in her toddler speak). She would point fingers at the photos at our altar and recognize them.

“Wow they have superpowers!?” she would ask me on seeing the gods fly on Shri Krishna. She was trying to relate them to her fascinating world of superpower animation characters. “Yes, the best ones!” I would answer. “They fight bad guys?” she would ask, continuing her queries. “Yes! They were the first ones to smash the bad guys, and help the good guys and save the world!”, I would answer to satisfy the enthusiasm of “saving the world” of the American animation fan in her. And on and on she would go with her questions.

My daughter had even developed a little routine for herself. Daily, before leaving for school, she would pay her respects to Ganesh ji and Sarasvati ji.

I thought she would stay quiet for now trying to take in what I had just told her. I wouldn’t be surprised if she would look at her teachers with curiosity now, trying to find where Sarasvati was hiding in them!

Just when I was about to close her door, she said very softly “I will say to my teachers – I will listen to them.”

“What? Say it again?” I asked, for her voice was too soft to be audible.

“I said I will tell my teachers that I will listen to both my mamma and my teachers” she said humbly.

My darling! I found myself smiling with affection at my baby who had decided to correct herself. “Good job baby! good job!” I encouraged her and closed her door.

All this happening on a Thursday(‘Guru’var, Jupiter’s day) was an interesting coincidence. In the evening, when she came back from school, I asked her if she stuck to what she had decided.

“Yes! I did not say I will not listen” she replied happily at her newfound achievement. Thank goodness! What a sense of relief I felt.

One act from my kid’s thug life down and …

“But my teacher sent me to cozy area(*cute word for detention corner) because I was not listening and then I calmed down and then I went back to carpet and read story book with other kids” she blurted out in all her innocent honesty before my happy thoughts could even finish in peace.

I sighed and braced myself for the future. Cuddles for now it is.

-Joy and strength to all parents

Mother. Microsoft alumna. Left job to unleash the Mrigasira in me.(On a break from further writing)


Login with Email
No Account? Create One
A Moral Dilemma
Bhuta Agni