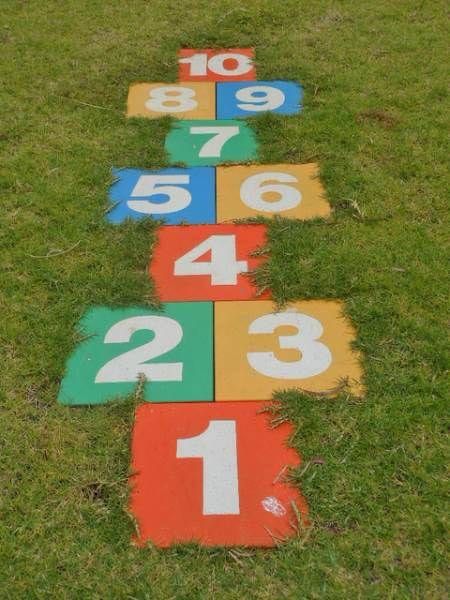 Of hopes, dreams and familiar games

I remember watching my brothers play hopscotch when I was 5 or 6 years old. I had just woken up and was still rubbing my eyes when my moth-like ears tuned to the playful squeals coming from the dry yet slightly grassy patch in front of our home.

Our home of mud, stone brick, blood, sweat and tears was flooded with the hopes and dreams of my parents and waves of expectations of my brothers. But between my perception of reality and the truth, there existed an ocean of possibilities and I had just learnt to swim in it — never really touching the shore, never really drowning. But that day — I came close.

Sweat beads on my forehead were already a foreboding of a brewing thunderstorm — Why did they start playing without me? Did I not help them pick up those pebbles to make those numbered boxes? Did I not make those boxes, too? Many years later I would realise that what I felt at that moment — anger — didn’t taste or feel good, especially since I was not prepared for it.

I hastily walked outside and stood on one of the stone steps that would open up to that patch. My brothers, who were two years apart and few feet away from me, didn’t even acknowledge my presence. My cheeks flushed red and I hollered at the top of my voice, “Not Fair!”  My younger brother immediately looked at me and stuck his tongue out. And, I responded the same way. This could have gone on forever, if it weren’t for my mother who came rushing for me from the kitchen.

I almost started to grin. Mother will show them! She hollered, “Hey! You two, stop with those faces and don’t trouble her! You hear me?” The grin on my face began to stretch. I was feeling so much better already. I got ready to take the next step when suddenly mother held my hand and started to almost drag me away: “Come, my little one, I need your help with the clothes.”

And just like that, through the kitchen and straight into the backyard, she dragged what remained of me from that moment — a stepping stone. Tears flowed from my eyes, big salty blobs disinfecting any expectation of encouragement, and for the very first time I knew what it felt like to sink with a heavy heart.

I flipped and straightened the clothes from the pail for my mother to hang on the clothesline. And that is when our eyes met for the first time, that day. She offered me a weak smile and I smiled back in acceptance. It was a moment that defined a lifetime of an unwritten rule — too cryptic for me to understand but simple enough to follow.

She looked away whilst attaching the clothespins and spoke to me. “You have such beautiful skin,” she said, “And it would be a shame if you tripped and fell and bruised yourself. Scars take a long time to heal… And then,  who will marry you?”

From then on, I would often sit on the porch cheering my brothers as they played the game of hopscotch, it didn’t matter whose side I took or who won, I just cheered and observed and observed some more, with a smile on my face.

I was married just shy of sixteen, to an ambitious clothes merchant boy. He was nice and kind and often told me that I had the perfect unblemished skin, radiant like the moon. That is when I knew that not all wounds were visible, at least not from a distance.

Our son was born soon after and we moved to a big city within months. My husband grew in profile, the business expanded across countries, and my son grew taller by the day. But I was never faraway from my childhood.

I watched them all like that little girl sitting on the porch and cheering away and observing and observing some more — all the while keeping the smile going.

Our son’s wedding was a grand affair. He brought home an unassuming but a very wise wife. She would play Mahjong with me for hours on weekends. I felt happy to have her around me. I didn’t need to pass on any unwritten rules, but once in a while our eyes met and told each other stories.

She would then hold my hand and sit in the comfort and stillness of that moment. It made me happy. Happy to be more than a presence.

A few days ago, my grandson walked in on one our games and declared, “Nai! Nai! Please let’s go to the park… please…”

“Well, we are not going anywhere with this game, so why don’t we fold and all go?” I looked at his mother with a wide grin, who was not too sure of this proposition, since she was winning. “Maah, you always do this…”

As we stepped out into the park, I sensed the wind turn, and the thrill of the coming winter chill gripped me. With every step I took amongst the tall cedars in full fall glory, my grin widened and lit me from within. Soon enough, the most goofy smile plastered on my face. I saw my grandson prance a few steps ahead of me and along with him I saw a little me holding his hands and prancing along.

We soon stopped by a play area, that I must have missed on my many walks in the park. It was quiet and empty on a Sunday, which I thought was strange. I looked up and saw the sky emblazoned in hues of orange and gold — all ready to let the sun bid adieu for the day. I don’t know why, but it felt good to be alive in this moment, it felt so good to be here.

I and the daughter-in-law sat down on a bench nearby, while the little one decided to try something he had learned in school. Before us was a small space that held a child-friendly slide, and right beside it, in varied bold primary colours — a hopscotch grid.

The little one stood there looking at it and then in a heartbeat called out to as loudly as he could: “Maah, Nai Nai, come play with me…”.  He had the most beautiful smile I had seen and I sat transfixed in that moment. I couldn’t get myself to move.  And then it all happened so suddenly… My grandson ran over and pulled at one of my hands while his mother literally made me stand up. I protested and said that I didn’t know how to play and that I never played it. But no one was listening…

I walked up to the grid before me with tears in my eyes that nobody saw… Not today, I said to myself. “Nai Nai! Will you show me how it’s done? You must have played it so many times!” the little one said. And he was right. I had played hopscotch so often in the simulation of my mind, I beat my brothers and my husband every single time. I was the reigning queen of this game — no one came close to how good I was.

“Easy-Peasy, just watch me!” I replied with a wink.