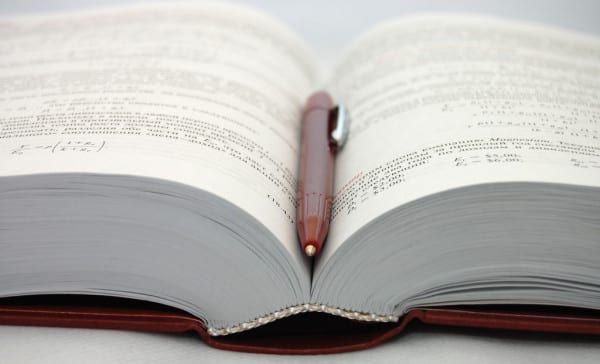 How many books have you read?

“How many have you actually read?” he asked. My friend was pointing to the showcase full of books behind me in the picture on the phone. I guess, looking at that collection, he was wondering if they were there for show or if I had really read some? We had friend at our home having dinner with some light conversation. It’s one of those times when my guards are half-down. His question made me think, I paused, and then thoughts and events began popping in my mind.

Have I actually read those?

Can I summarise those?

If I have read them, have I put those to use?

Have I used whatever I have read so much that it has become second nature? Forget that, when was the last that I used the book in real life?

A bulb went up and I was in a flashback. It was the second-half of 1990s. Soon after quitting my first job after my college with BPL, a huge corporate then, I had joined my father’s small business of servicing TV, VCR and tape recorders. TV meant Doordarshan and the music was on cassettes not on CDs. Radio was still in use with AM, WM and FM bands. VCRs were rented and TV had a picture tube with a huge bulge at the back, and a remote control was considered advance tech. Chitrahaar was still popular, and on Sunday mornings, Ramayan was watched with hands folded in namaskar.

In those days, if TV or Radio went kaput, it was the neighbourhood shop that took care of servicing and restoring the electronics. My father had acquired a German engineering marvel called as the ‘Picture Tube Renovator’.  A picture tube would have a few years of life after which it would start deteriorating, especially the focus would be off, and colours wouldn’t mix properly. And there was no way of repairing them.

The picture tube was a glass shell and some piece of electronic inside a vacuum, it could not be opened. This Picture Tube Renovator would, without the need to open the tube, reverse the electronic charge in a burst mode pulses, restoring the normalcy of the tube for a few more years. Our shop was the only one in South India to have acquired this Renovator and that gave his business uniqueness that none of his competitors had.

But there was a problem. He did not have money to advertise. Newspaper ad was the only yet expensive way to advertise. Sot the question was how do you let people know that we have something of value to offer.

This was the time when I joined him. Just after graduation, quitting an admin job from BPL. I was thrown into a business with limited resources,  limited infrastructure, limited income and with the uniqueness that could not be advertised. Neither I had any idea what to do about it nor was I explicitly told to do something about this particular service.

I had joined and I was to assist him hoping to carry forward this business as a legacy. While I was definitely an electronics graduate, my heart was not into repairing. Third day into the work, I was trying to find where would I fit in this business. Not finding the right answer, I decided to take my mind off it by buying the world famous best seller, How to Win Fiends and Influence People by Dale Carnegie. Somehow I believed that this book could change my life and I would be able to influence people to listen to me, to agree with me.

“It is too much to pay ₹1250. If you reduce the charges, I could get my television to you for servicing, otherwise I can’t afford it,” a customer was trying to strike a bargain.

“No, I have paid in lakhs to acquire the machines on the systems with which I can repair your TV and no one else can give you this service. So the charges are fixed,” my father would generally state his position in this fashion.

One of the principle I had read in Dale Carnegie’s book was, ‘be a good listener‘, in the immediate next one was ‘Talk in terms of other person’s interest‘. So, I listened to the customer and thought about it and I framed a response, I would use the next time when someone bargained. I didn’t have to wait too long. Someone else asked for a discount.

Before my father could rewind and replay his response, I barged in and replied, “The cost of the repair is only ₹1250. Your picture tube is worsening. In a few months, you might have to replace it and that would cost you around ₹10,000. And if you decide to buy a new TV instead of getting the old one repaired, it’ll cost you  more than ₹30,000. Instead, an amount of ₹1250 is way cheaper even if you can get a year’s life on your TV, so think about it.”

The prospect nodded in agreement, my father looked at me expressionless and then turn the head down to immerse himself into the electronics of repair he was working on. Though he did not say anything, from that day this became our standard response to anybody and everybody who argued about the cost of repair. Prospects interested was communicated and the rigid stand of me and my investment was forgotten. Prospects became customers. It won some good business.

Somewhere in the book there is a topic, ‘He who can do this has the whole world with him. He who cannot, walks a lonely way‘, and this principal was a way to arouse in the other person an eager want.

As I finished the chapter,  it clicked that I could actually write letters to all our competitors asking them to bring their customers televisions to our shop for servicing. We could offer the repair to them at a discounted price and they can in turn charge the customer an extra margin which would help them grow their business.

It took me three days to write, rewrite, and rewrite this letter multiple times adhering to the principle and the line of thought suggested by Dale Carnegie. I wrote 60-70 letters to various repair shops I could find listed in yellow pages and posted those letters, over one week.

A few TV sets began coming every alternate day from other repair shops. It was a decent return on the total spend of about 475 rupees for sending out these mailers .

And then one fine day, a huge truck stops in front of our shop, a guy gets down, seeks out my father and tells him that he has about 50 plus picture tubes that he brought from Salem to Bangalore for servicing. And he wanted to know how fast we could work on those! I was bewildered, amazed,  the magic was on. We had to hire a ground to store them.

My father looked up with a straight face, slight smile follows and he said, “You are good at marketing.” He was proud, and I? I was thinking Dale Carnegie doesn’t just work, he flies! Huuyaaah!

I could read 200 pages a day, in 4hour sittings, and finished the book in 2-3 days. But I took weeks to read, immerse and use it in real-life scenarios. So, I think I have read just one book properly. Reading is not a simple verb to me. Instead, it’s a context of verb read, understand, think, absorb and use.

Many years later, I laid my hands on Man’s Eternal Quest by Swami Paramhansa Yoganand. And as usual, I was going to work I would pull out any random chapter, I could read in 10 minutes. On that fateful  day, the chapter was about controlling one’s anger. I don’t remember the exact wording of what I had read but I guess the essence of the chapter was what I had absorbed and soaked.

It was about 9 in the morning when I read it, and around 10,  I was at the store. It was as if whatever I had to read and understood was being put to test . To know what happened that day, you will have to read this

Symphony of Harmony or Confrontation, Choice is Ours, Almost Always!!

As I snapped back into the moment, my friend reading the expressions on my face and patiently waiting for an answer to his question of how many books have I read, I replied the shortest answer, “It’s one plus.” The only other person to whom I give short answers is my wife and my short responses are, “Okay, han, Jaisa tum khao.”

Now as a part of Om Swami’s Walk the Dragon participant, I am getting a new experience of marathon reading of a book a week. Hopefully the next time someone will ask, how many have I read, I would have a better response from a better Vejay. For now, it’s a constant effort to read and use wherever. He is adding speed to the method. “Hey! Om Swami, jaisa tum khao!”