Learn to deal with your emotions- good and bad. 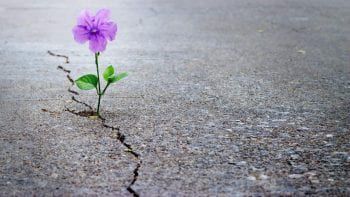 I got a chance to become a member of an “Elite” Watsapp group. It was by invitation only. And lots of people wanted to join. Don’t know why but the admin chose my friend K and me. I am not at all active on social media and check my messages quite infrequently( much to the annoyance of my friends).  This was supposed to be a Positive group- meant to encourage you. It had 10 members. Very soon I started noticing a pattern – the admin would post a picture of some lovely flowers or some nice saying every morning. Soon 7-8 comment “how beautiful- touches the heart” messengers would follow from the various members. Every one likes, a good saying or pics of nature but one doesn’t need to go ga- ga over it every day. Right from the beginning I was not an active member. K on the other hand would also post pics of -“the not so good thing happening in the real world”. No comment was made on her posts.
One day K posted something about dead bodies of young children being found in a mass grave and asked us to sign a petition asking for justice for the tiny tots. A little while later I found that K had been removed from the group. I finally made an effort to find out why such a thing happened. The answer I got was,”we are a positive group and we don’t like any negativity in the group. Whatever we send out to the Universe will come back to us,so send only positive vibes.”😳😳. What about the atrocities happening in the world ? Do we turn a blind eye to that ?? I decided to leave the group much to the outrage of the admin.

Recently I came across this phrase- Toxic Positivity. Which to some extent explained the impractical approach of many people who believe, “ all is fine with the world “.  On further checking on Google I came across this interpretation by some medical journal that toxic positivity is- “believing that all is fine and will be fine no matter how dire the situation is right now”. It’s as if these  people who believe in it are not willing to face that life is made up of joy and sadness, good and bad days, and it’s okay to have a bad day and accept the low feeling or sad emotions you are having. One need not wallow in self pity but negative emotions do need to be addressed, instead of pushing them under the carpet and pretending that everything is great. It’s as if just by saying- all is fine – the problems in your life will disappear.
Being an optimist is good and one should try to be one but negating or ignoring the unhappy human emotions seems to be very unrealistic. This phrase has really come into being in the “Covid phase”. People losing jobs or going through financial stress are often told to -“be positive,” things will work out. Or if someone has had a loss in the family they are told – “ it was meant to be”. True, you can’t change someone’s time of birth and death but instead of sermonizing, it’s better to lend a shoulder for the other person to lean on.

Sometime ago,  my friend lost her job because of downsizing in her company. She was devastated. She had booked a flat and all the EMI was  being paid by her salary. Her husband’s salary was taking care of the household expenses. 60 percent payment was left and she couldn’t ask her family financial help. Her neighbor walked in, I guess to sympathize. After listening to my friend all she had to say was,” be grateful your husband still has a job,” I felt like yelling at her – can’t you see she is in deep distress- accept the fact and give her some suggestions for an alternate job or some other means of making the payment. Stop being so positive.

”To weep is to make less the depth of grief”- Shakespeare. I think he meant it was impossible  to move on unless you expressed your emotions and then try to move forward. Accepting your problems or loss will help you process them and then maybe move to a happier place.