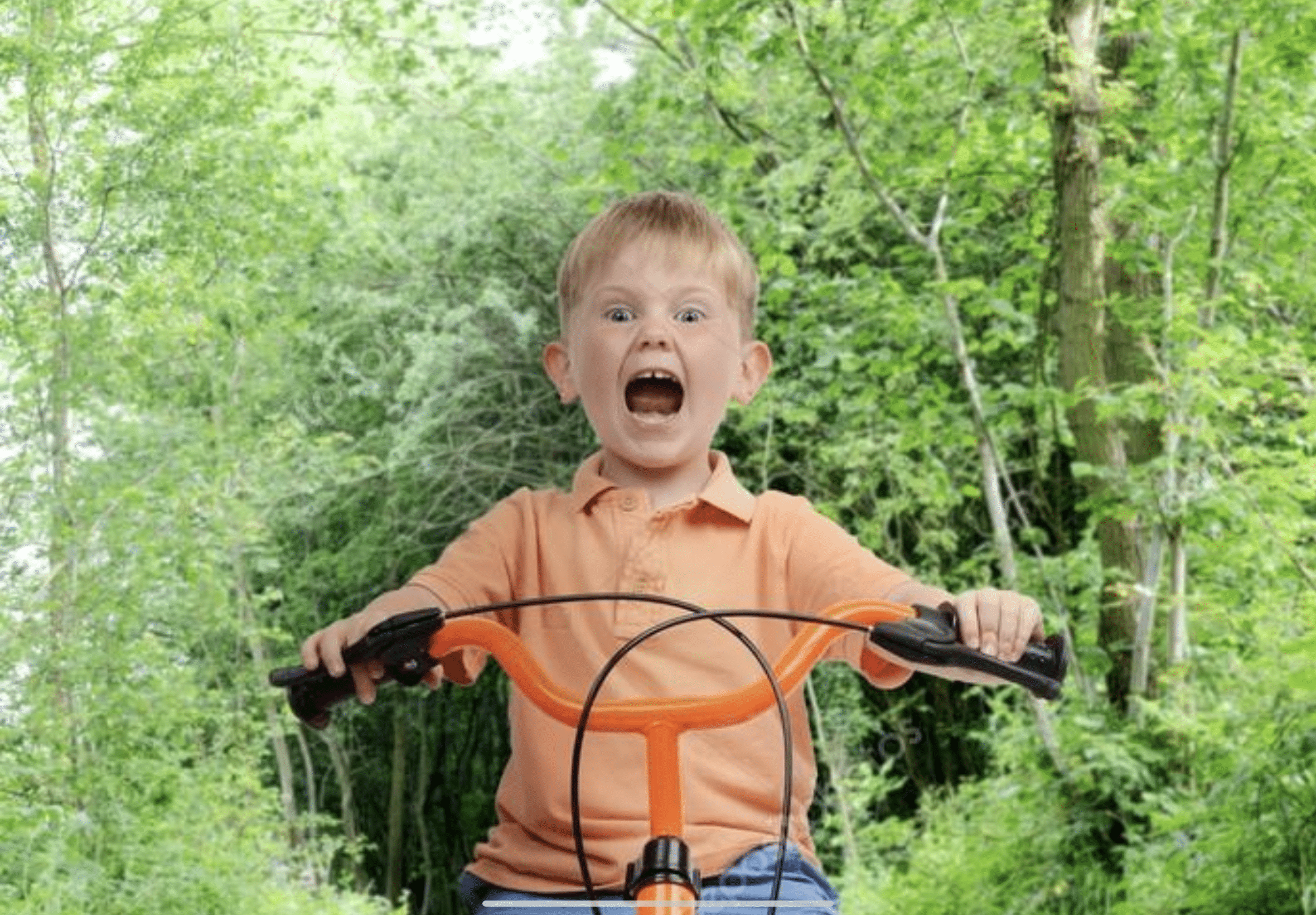 Part 2 of a series about my disasters on two wheels.

“Learn to cycle, they said,” I muttered to myself. “It’ll be fun, they said.”

I clearly remembered my father’s hesitant clearing of his throat as he proposed the idea of teaching us to cycle on the dinner table, as I sat picking on my potatoes, trying to poke a happy little smile into one. The poking didn’t work. The potato’s smile ended up looking ghastly, devoid of joy, its hopes amputated, as were mine for peaceful holidays upon receiving the news from my dad. It was well known that cycling seldom left no bruises. Neither my sister nor I was fond of bruises. No one is, but we were particularly magnanimous in our little fights- we used to hit each other with pillows to provide ourselves a violent vent of anger, while ensuring the other person wasn’t hurt.

So it happened that when that particular complainhitive thought had held my mind hostage, I found myself staring through the devastatingly scary gap between the two handles of the cycle. I was anxious- after all, the past few weeks of watching my sister topple off the cycle from the sidelines had not been extremely motivating to place my bottom on that weirdly shaped seat and take off into the distance in a manner totally unfamiliar to me.

My sister had mastered the art of cycling over the period of a little less than a week, a period that had been equally exhausting for the onlookers as it was for her herself.

Didi had something against the pedals. Perhaps in some birth of hers they had been daggers that a dacoit had cornered her with or they had been paddles of a boat that she had drowned in or maybe in a previous life someone had simply slapped her with a pedal, but there was some vengeance that carried vehemently against them, for she simply refused to put her trust in them. Her feet would always be floating just a little far from their surface or they would simply freeze in midair. She would sometimes start dragging the cycle with her feet or at times simply let dad carry the entire weight of the cycle using the back support. My dad’s reaction to each of these was a mental note enough for me to know that I’d better not do any of those.

So, as soon as I sat on the cycle, I was chanting in my head the same mantra over and over again- Keep pedalling. Just keep pedalling. Nike could have hired me for Just Do It seeing my sheer motivation. And guess what? I followed suit. Like Forrest Gump just ran, I just pedalled.

Until, suddenly, it got a bit harder, and then I pedalled faster. The wind flew right into my face and eyes, like a cold stranger asking to be let inside for warmth. My heart pounded inside me like a troupe of dancers and adrenaline shot through me as if never before, my spirit feeling an unfamiliar kind of independence. I grinned, the sweet breeze brushing my cheeks and the dawn’s mellowed sun rays wrapping me in unspoken warmth. I almost forgot about papa’s presence behind me, until I heard a laugh in the distance.

I gaped as I looked behind, urgency filling every inch of my being. I exclaimed garbling nonsense, finding the entire situation truly incoherent. But my mind was perhaps not happy upon my doing so and it portrayed this by its decision to go on a hiatus and leave me blank and unable to think.

For a few seconds, it all went black.

Gospel of Sri Ramakrishna
Staring At The Blues ….