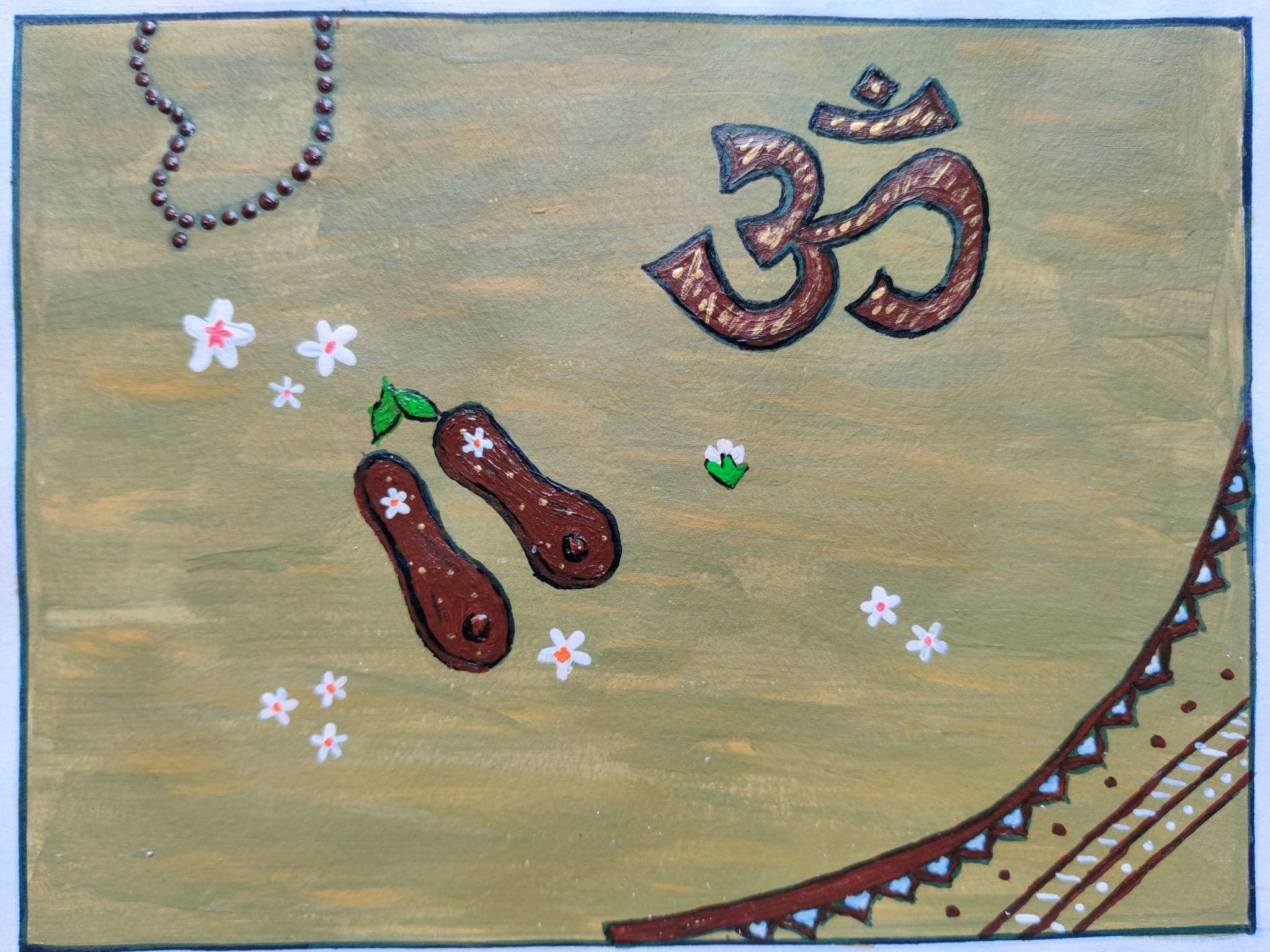 A humble attempt to translate the blogs to kannada

My humble pranams at your divine lotus feet Swamiji 🙇‍♀️💐

When I was a fresher, while applying for the jobs, most of the applications had this information that needed to be filled, “Languages you know”. Being a software engineer, I didn’t know whether to fill as c, c++,Java or kannada, English, Hindi .😀.  In some applications it was very clear though, “language :know to read, speak, write, understand (?)”..

I studied in kannada medium till 8th std, and then joined English medium. Somewhat managed to learn both the languages sufficient to understand the other subjects. But after coding for many years, logics, algorithms, expressions everything in one single programming language,  I forgot all other spoken languages!!, only language I could proudly say I was proficient and efficient is “c” language. After becoming housewife even “c” language became out of scope.

Since I am married to a Tamilian, Tamil also got added to my list of languages ‘to learn’ “read/write/speak” . So language (s) has a great influence in my life, without actually being influenced it😀

I wanted the thrill of doing seva to my Guruji. I would get so excited whenever i read stories about Guru and Shishya relationships, especially stories like, how a disciple in total surrender looks after his master and all. As  I know my limitations, I know I cannot be that kind of a disciple, but still I wanted to do something.

I also know that, when the whole universe is at Swamiji’s service, what seva can I offer. He doesn’t need anything, but anyway it is not about Him, by serving Him I will only be helping myself.

In one of Swamiji’s video, he was saying wittily, everyone wants to do seva of cooking food for him, but how many rotis can he eat!!. I felt this is so true.

And I also felt, I crib so much while doing seva at home to the people around me😀, but want to do seva to the outside world. Such a hypocrisy!!

Whatever said and done, I felt being housewife is a thankless job. When I look at my mother and many other women, they have been working all their lives, no retirement, no weekends, no holidays. While all others enjoyed holidays or festivals, the workload is even more for housewives on those days. I am not sure, how many truly enjoy, and are satisfied being a housewife!!. At least I am not I guess!!

As usual, I try to chant while doing chores, but get distracted often, and then get frustrated. I would love to think, I am serving ‘God’ in my ‘husband, kid and in-laws’,and not them actually, but fail miserably most of the time 😀😀

From language to housewife to translation to seva, where is the connection you must be thinking?

I thought I will create an anonymous blog site, translate Swamiji’s wisdom to kannada, and post it there. Even if one person reads it in kannada and gets to know about Swamiji and gets to read His wisdom i would feel blessed I thought. So I wrote to admin to understand about copyright thing, and they said, I can post it here in the os.me itself as it is not permitted to post it elsewhere due to copyright, and they would provide the link in the original blog if the translation quality is found adequate.

So, in coming months I would try to translate Swamiji’s blogs to kannada and  post it here. Please don’t mistake me, I am not doing it for the love of the language, but just to feel worthwhile. Going by number of hours that I can spend in a day, I guess frequency of posts will be very less, at max two posts per month. So please don’t get annoyed seeing a language other than English or Hindi here😊😊😊.

To give it some personal touch😊, I want to paint for the translated blogs’s featured images.

Apart from my son’s school drawings which I have done using crayons, I have never had hands-on experience in paintings 😅, now straight away I am jumping to acrylic painting!!. Mixing colours to get the right color itself, I may take few months 🤪,  I am already feeling I am a color blind. The one in the feature image of this blog is my first painting. I know! I know! long way to go!!

Thank you admins for suggesting to post translated posts here in os.me. And thank you all in advance, for understanding.  Jai Sri Hari 🙏🏻🌹💐


Login with Email
No Account? Create One
One Out of Three
Beauty of Red Rose