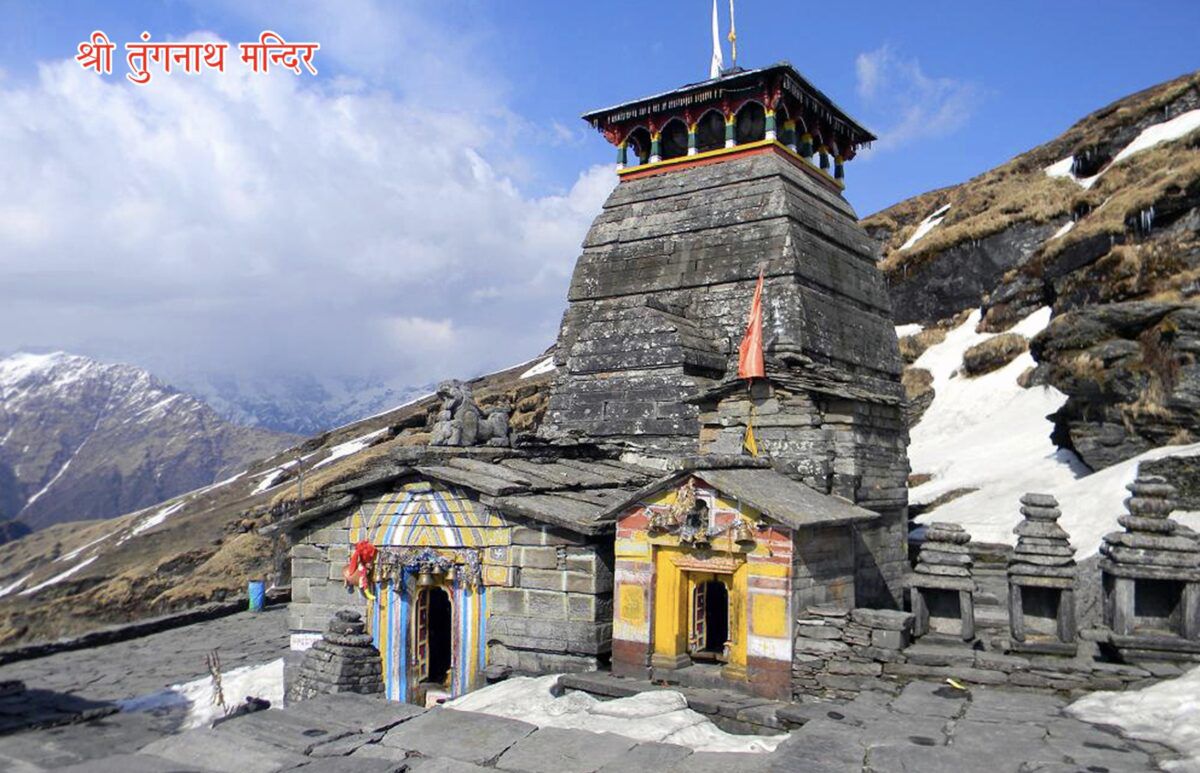 Trekking evolves us from deep within

Trekking evolves us from deep within!

Having thus cast off her previous body, Satī, daughter of Dakşa,

was reborn to Menā, the spouse of Himavān (the deity presiding over the Himālaya mountains) :

I feel no less than Shailaputri when in the Himalayas.

Devi Shailaputri is the daughter of the Himalayas, and so am I.

On the path of self-discovery, I realized that I am happiest when in the Himalayas. Maybe that’s why I keep going there year after year. And now that my Home is at Giripur, Sri Badrika Ashram, I feel I’m one of the most blessed souls, for having found my source, my Guru. The more I’m in the Himalayas, the closer I am to my path of self realization.

After the stressful year of covid scenario, I was yearning to go to my eternal home, the Himalayas, and just by chance, Thrillophilia happened and I was on my way to the highest Shiva temple, Shri Tunganath.

Adi, my son, was supposed to leave for this easy to moderate trek with all strangers. But the very day when he was to leave, I didn’t have the heart to send him alone. So I decided to give him company. Since it was a sudden plan, we hit the sports shop and bought two pairs of hiking shoes and trekking pants. It had been a hectic month for me as I was finally diagnosed with the problem which I had been suffering from since childhood.

Finally, after 40 years of struggle with my digestion and six surgeries, I was diagnosed with this unusual and rare disorder. The gastroenterologist said less than 1% in the world has this autoimmune disorder, so there is no medication for it. The only thing I must do is to manage it with diet and try to lead a normal life. For those who are unaware, this is a chronic case of celiac disorder. The TTG shows normal reading, but the gut gets damaged with long term exposure to wheat or sometimes bad eating habits during childhood. Whatever, I now know how to live my life with ease, thanks to my dear friend and doc Mayank. He says, just by avoiding junk and wheat-based stuff, I will be able to travel with no hassle. I don’t have a choice but to treat my body like a temple (Moon eighth house and Jupiter exalted in 9th house, it is prarabdha). Any junk food or high carbs gives me super discomfort. So happy to eat simple meals. That way I can keep diabetes, BP, and other dangerous diseases at bay.

This called for a big celebration, so I hit the Himalayas as though Lord Shiva was calling me for HIS darshan. My family and friends were tensed about my health but I knew I had to fight the fear and go beyond my weakness (darr ke aage jeet hai). Putting my faith in my guru, I took the tempo traveler to meet my eternal parents, Mena and Himavan.

Later, we realized that temples are made on the mountain top so that after reaching there with difficulties, we can feel a sense of achievement. As we climb up with just one focus—to reach the top, our mind gets clear and all unwanted stuff from our mind gets deleted. It is a great way of self discovery.

Trekking is a way to grow out of our fears, resistance, and vrittis (mind-stuff). I think we need a special soul to trek and it is a great way to liberation (happiness). No wonder Pandavas took to trekking for Swargalok through Swargarohini, Uttarakhand. Luckily, even we were accompanied by a dog at times on our way to both the treks. As we go higher, our physical, emotional, and mental levels go higher, too. It takes our state of mind to the next level.

I have come back much stronger with a better fighting spirit. I know for the fact that nothing is permanent, and ups and downs are part and parcel of our life journey.

I am grateful to my eternal parents, Mena and Hemavan, for always welcoming me with wide arms and accepting me as I am.

I am sure you will enjoy pictures and videos of my trekking experience. Maybe you will get inspired too. Click on the links below: Author of the bestseller, The Ancient Science of Vastu- I , II and III. A PhD in Vedic Vastu and Geopathology. Follow me on insta@ drjayshreeom for genuine vastutips facebook:-https://www.facebook.com/jayshreeborad

My Two Gayatri Sadhanas – Part 1
Karma is Grace in Action