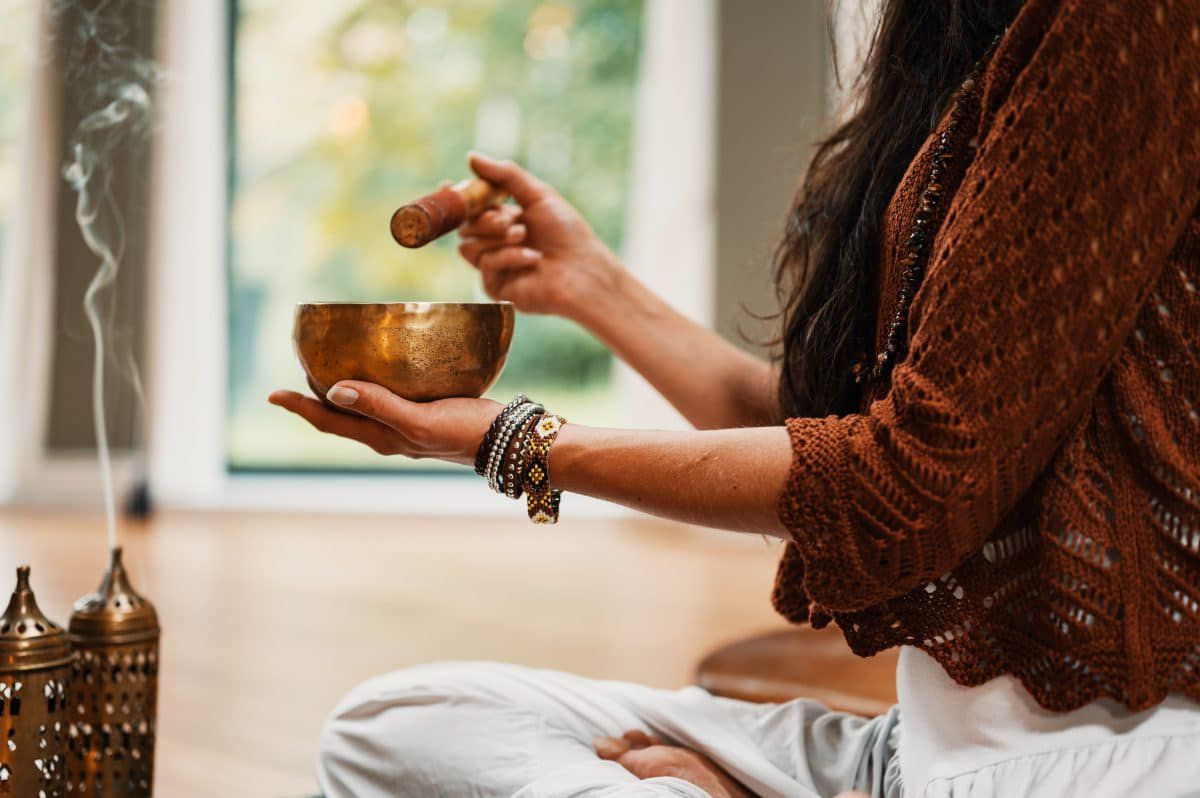 A triangular light manifests in meditation

When I closed my eyes for meditation for the first time, I saw only darkness- a vast ocean. I continued my practice for a few months; a tiny dot started appearing in between that darkness. The size, colour and stability of that dot changed for the next few months. Then, it became brighter, wider and steady, with a distinct recognisable colour.

It was just an elemental light representing a particular element out of five elements Prithvi – Earth, Agni –Fire, Vayu –Wind, Akasa –Sky, Apas/ Jal –Water. The appearance of light confirmed my progress in concentration but for further advancement, the dazzling dot had to be ignored.

I continued my practice for years and years and one day I saw a triangle in meditation! Swami Sivananda says, “One whose food is moderate, whose anger has been controlled, who has given up all love for society, who has subdued his passions, who has overcome all pairs (heat and cold, etc.) who has given up his egoism, who does not bless anyone nor take anything from others – such a man during meditation obtains it (the triangle) in the face.”

Actually, this happened in the lockdown. Due to COVID 19, I was confined to my home. I had no other option than to meditate. With the restaurant and hotel closed, I was left with no other option than to eat healthy and nutritive home-cooked food. I hardly get any business calls in a day so my anger was in check. It was useless to get angry at a virus because it was of no use to shout at someone who could not hear you. There was no reason to lose temper therefore, I could maintain my calmness and silence with ease.

I could not meet relatives and friends to shower my love on them as I was confined to my home and I did not have much liking for chatting on mobile so I was in a sort of solitude. There were not pairs like friends and enemies but only one thing to protect everyone from that deadly virus. ‘Vasudev Kutumbkam’ was my dominant thought at that time as the virus could affect anybody and everybody.

I was praying for society under Om Swamiji’s guidance. His words helped me shed ‘I’ and to think about ‘US’. Besides all this, I was attending many online Sivananda Yoga classes — Open Class, Kids Yoga, Advance Yoga, 108 Surya Namaskar Class, Backward Bending, Forward Bending, Chakra Opener, Mandala Meditation. I even attended Yoga for Seniors because it was free.

In such a difficult situation, nature forced me, rather blessed me, with a vision of a triangle in meditation!