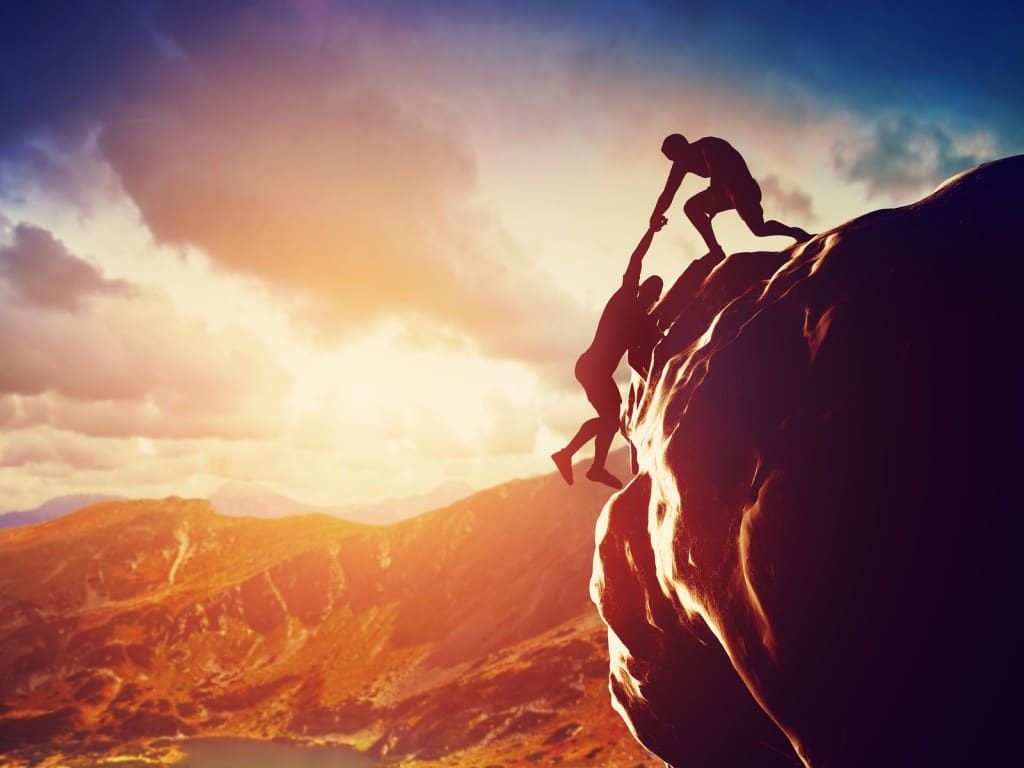 Leadership is not a position, it’s a mindset.

Throughout centuries people have revered great leaders who inspired and motivated millions through the ages. We all have our own idols that we like to emulate. We read biographies of great men and women and try to be inspired with their work, lifestyle, habits, thinking and the way they tackled problems. So are these successful people true leaders? Or is it the CEO, a top politician, scientist, or inventor? Well, leadership is not a rank it’s not a title or a position. Leadership is a mindset wherein one’s actions inspire others to dream more, learn more, do more, and become more.

We all have heard countless stories of army men who have faced bullets and sacrificed their lives for others. In an army platoon, the Captain or the leader of the group takes the first step into the danger zone, he’s the first to face the bullet and ready to die to safeguard his men. These are true leaders who headfirst into the unknown. Now put this same situation in a corporate organization, here people are ready to tear each other apart for a tiny appraisal, promotion, or to grab the credit of others.

The success or failure of an organization is based on leadership excellence and not on managerial acumen be it a corporate giant, a sports team, or a platoon of soldiers. A true leader has a clear sense of purpose and understands why he’s doing what he’s doing. Elon Musk started Tesla with the purpose to eradicate hydrocarbon fuels. He started SpaceX to save humanity and develop a colony on Mars. However crazy it might sound but he had a solid purpose. He developed rockets that can land and NASA bought this rocket technology from him. Steve Jobs wanted to develop the world’s best computers and phones and Apple was born. He said that he wanted to make a dent in the universe and he did it. If you have a why to live for, you can bear anyhow. This sense of purpose gives you a power that can overpower all challenges.

True leaders are also innovators who break the status quo. In 1928, D.H Lawrence’s novel, Lady Chatterley’s Lover came out and shocked the whole society. It was a story about an illicit relationship between a poor labourer and a rich heiress. The book was banned in the UK, the US, and Canada for its erotica content. However, it broke the shackles bound in which authors wrote and paved way for creative freedom.

Socrates, one of the greatest philosophers mocked the rulers for believing in the oracles and would question their religious beliefs and superstitions. Socrates was sentenced to death on charges of corrupting the minds of the youth and not believing in the Gods and the rulers. Plato, the closest disciple of Socrates took his work ahead and started a revolution in philosophy when he introduced the method of Socrates – questioning, and debating the flawed beliefs, rules, traditions, laws, and age-old rituals. Plato said, “Only when kings become philosophers and when philosophers become kings that would lead to an ideal society.” These philosophers, authors, and artists were true leaders who questioned the status quo, the belief system and gave a major thrust to the human civilization to truly get civilized.

Obviously, everyone can’t be Steve Jobs or a Plato but everyone can be a great leader. The greatest quality for a leader is empathy. They care for people. In fact, there’s a pattern in most successful organizations, leaders care for their workers and help others to become leaders. These are organizations where people feel protected, cared for rather than exploited. True leaders in a way act like parents, nurturing and helping others.

Tata group is a true example of great leadership. They have built townships, hospitals, schools for workers and their families and the workers show utmost loyalty to them.

Most managers in an organization are meant to move around looking to find faults. At Taj Palace Hotel the managers are trained to help, inspire and encourage the workers. So at Taj, the manager will come and see if there’s anything he can do to help the employee and help him improve his services. During the 26/11 terror attack on Taj, the Taj staff stayed back to help and save the guests. In this many of the staff were seriously injured and lost lives but they made sure not to back out. After this, Ratan Tata, the leader of the organization made sure that each injured employee was given the best of treatment, the families of the dead continue to receive the salaries, and Taj was rebuilt. That’s true leadership.

A true leader always keeps people first. This is the simplest gesture and the most powerful. Just help each other and don’t be shy of asking for help when you need it – you will be surprised to see so many people ready to help you.

Also, a true leader always listens to others and is the last to speak. In corporate meetings everyone is trying to score points and talk over each other to shout out their ideas. Well, Nelson Mandela as a child would go with his father, who was a tribal chief to meetings of tribes. Mandela observed that his father would make everyone sit in a circle that breaks all hierarchy. His father would listen to everyone and was the last to speak. Nelson Mandela followed this throughout his life. In the same vein, Buddha said, “Be the first to serve and last to eat.”

A true leader is ready to take responsibility of right as well as wrong. In 1979, ISRO was launching a satellite and Abdul Kalam was the mission director. The launch failed and crores of money were lost. The media was hounding them to seek answers. At that time, the then ISRO Chief, Satish Dhawal told Abdul Kalam to relax and Satish went to face the media and took on their questions, and the responsibility of the failure. In spite of the failure, ISRO Chief again put Abdul Kalam as the mission director for the next mission and it was a huge success. This time Satish sent Abdul Kalam to face the media to take all the praise for the success. This is true leadership that gave confidence and new wings to Kalam and his team that Adbul Kalam became one of the greatest scientists and the President of the country. A true leader created a great leader.

To be a great leader, you don’t have to be a CEO, you have to be the CIO, Chief Inspiration Officer, who inspires people to dream, achieve and become leaders. Also, a true leader has integrity- he owes up to his mistakes, is honest, and is always ready to help others. You don’t have to be rich to help, help can be of any kind or just being kind is good enough in today’s world full of brutality and abuse.

A true leader is about committing to the well-being of those in one’s care and having the willingness to make sacrifices to see their interests advanced. You have to look within to find this quality of leadership and small acts can make this world more beautiful.

CompassionGuruPhilosophy of Life
Support This Author

A Tiny Ray of Hope!
Timeless Wisdom On Growing Spiritually