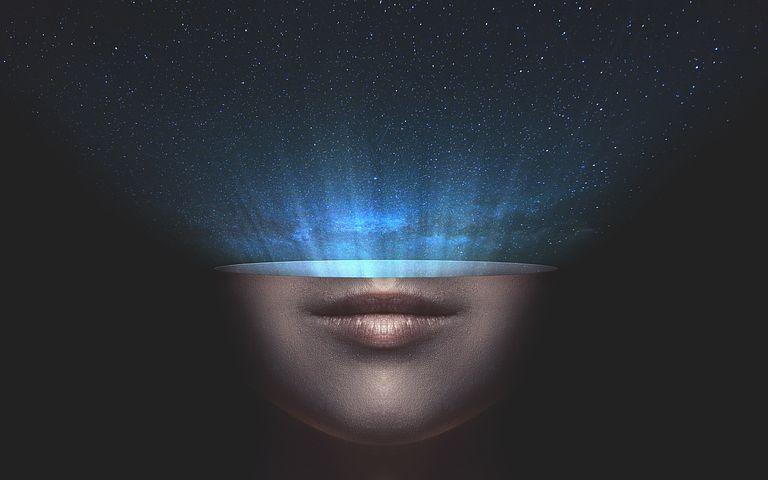 Without understanding the mind, you cannot be free from mind.

This post is the continuation of an earlier post in which I discussed mental health. The post was titled Mental Health: Understanding It & Taking Charge of It. There, I dealt with the mind in the section called ‘Understanding The Mind’. There I could only give a synopsis of what mind is, and said that, if anyone wishes a detailed study into the topic, I would dive into it. I am happy that some of you wished so. A great deal of enquiry is required to understand the mind. I will discuss the mind in a few parts, because there is much to cover. So, please bear with me. I hope, after this discussion, you will no longer need to read any other book or blog post to understand mind. Let’s dive with me.

Perhaps the greatest mystery in this universe is not how creation began or how life started on this meek planet in one tiny corner of this Milky-way Galaxy, which is just one among trillions of others in the observable universe, or what is dark energy…perhaps the greatest mystery to us, as ordinary human beings, is our minds! Mind has perplexed more souls than science has ever done. Everybody is endowed with this mysterious faculty called ‘mind’, but nobody seems to get a clue as to what it is actually. A whole scientific discipline has evolved to understand the mind—Psychology. There have been many great insights about the mind, but all of them are the discoveries of researchers and mystics! As normal human beings, we are as much in the dark as we ever were. How can a simple man, like you and me, understand mind? Is it even possible to fully understand the mind, or is it an impossible dream?

Before reaching any conclusion, why not reserve our judgements for some time, and really try to go into our minds, try to unravel its mysteries for ourselves. It may be that because we never tried in the right way we never came to understand the mind. So, seekers, ready to embark on this exploration with me? Buckle your seat belts…

What’s the first thing that comes to your mind when you say ‘mind’? Let me guess… ‘thoughts’? See, I am a magician, aren’t I? Thought is the key to understanding the mind. If we understand ‘thought’ in its totality, we will understand the mind. How? Because thought is the summation of mind. It’s the beginning and the end of mind. As you read you’ll understand how.

How do scientists understand something? They go at its root, at its most basic form, at the origin, right? Just like we’ve concluded all life on this planet is carbon-based. So we’ve identified the root element that is the basic component of every living organism. And now we understand carbon in its totality (I’m leaving space for doubt here, because we’ve not yet been able to see an atom actually). So we can now even make artificial life in the laboratories.

Just like that, ‘thought’ is the summative function of mind. Without thought, is there anything as mind? Even to know the mind, we must have a thought of knowing first, isn’t it? Thought is mind, in a nutshell.

Well, what is a thought?… If you know the answer, then this post is not meant for you. You then already understand mind. This is the first and the last question in the quest of a mind explorer. We can ask ourselves a somewhat different question: what are the things that happen in the mind? Or in other words, what are the contents of our mind? Surely one can answer this. There are—

Also, there are many ‘mental processes’ that go on in our minds—both lower order and higher order. Anything that you can think of will fall in these categories. Is there anything else that happens in our minds apart from these? Well, there is always room for new discoveries. I’m limited by my understanding… So, please explore.

So, this is the total content of our minds. This is the first step in our understanding—to be familiar with this whole content. Because to understand the mind means to understand the components it’s made of, right? Now, do a thought experiment: what would happen to our minds if we eliminate all these, will there be such a thing as mind? By ‘all these’, I mean all these literally. No memory, no desires, no fears, nothing! What will be the state of such a ‘mindless’ mind? This can be your food for thought. Chew on it for some time. Great revelations may come.

Mind: What’s At The Root?

Now, ask yourself: what is the basis of all this? What is the root? The things that I mentioned above are only manifestations of something. What is that?

When we go into the deep sleep state, when there are not even dreams, what happens to the mind? Do you even feel your mind? You do not realise that you have a body, right? What’s more amazing is that you don’t even cognise that you exist!

When we are awake, this nebulous sense that ‘I exist’ is always at the background of our subconscious mind. Even in dreams, we somewhat feel that we exist. But there comes a stage during sleep, even the awareness of our existence is suspended. We know nothing, experience nothing. In our Upanishads, this state has been called sushupti (noun), the partially dissolved state of the mind. Sushupt (adjective) means to be contracted in such a way that it’s almost non-existent.

As we slowly wake up in the morning, almost instantaneously, everything comes back into our awareness. Pause at this line. Re-read the sentence: everything comes back into our awareness. There are two things here—awareness and the object of awareness. Awareness itself was suspended during sleep. So, first, awareness expands back to its normal state, and then we become aware of the mind and the body. Are you getting revelations from here? Let me help you.

So, the siddhanta here is: the mind is a spectrum upon the substratum of our awareness. To put it simply, without awareness of a certain degree, the mind—as we know and experience it—becomes non-existent, at least in our experience. If awareness contracts beyond a certain limit, mind dissolves, and if it expands beyond a certain limit, that is, if you become super-aware, then also mind dissolves. Samadhi is that super-aware state of the mind. The reverse state is sushupti.

So, after this great analysis what comes out is—the mind assumes a super-contracted state or a seed state during deep sleep, and when awareness expands, the mind also bumerangs itself.

This contracted state or seed state is the root of mind.

It is called beej-abastha of the mind. A giant banyan tree rests in a tiny seed. A great blue whale rests in a microscopic zygote. Similarly, the mind, with all its paraphernalia, comes from a seed state and goes back to that state repeatedly every night. So, what happens to all our thoughts, desires, fears, memories? They become vrittis.

There’s no English equivalent of vrittis. It simply means thought-currents. Just like particles can sometimes behave as wave-functions, similarly our mental events assume the state of vrittis. So, it is thought that is at the very root of mind, funny realisation, isn’t it? We’ve come back to where we started!

So, all of mind is actually thought-energy. Thought is the subtlest form of mind. Desires, fears, imagination, emotions—everything is just different manifestations of thoughts. As the quality of a thought-energy changes, accordingly it assumes the form. For example, what is a wish? A wish is basically a thought having the quality of desire, isn’t it? If that desirous quality is missing, then it remains a simple thought, not a wish anymore. I hope you get this point. It is really essential.

So, everything is different vibrations of thoughts. Like in particle physics, every subatomic particle is the result of different levels of vibrations of some force field. Today, modern physics has declared that all of creation is just a vibration. Only the rate and intensity differs—and that is what creates all this difference. But, fundamentally, everything is vibratory energy. So is with our minds. Thoughts are vibrating in different ways and creating all these.

Is it quite simplified now? I hope so.

P.S: Stay tuned for the second part tomorrow. And don’t forget to share your thoughts on this. We are exploring it together 🙏.

Cute Little Krishna
How Obstacles Opened My Eyes to the Truth