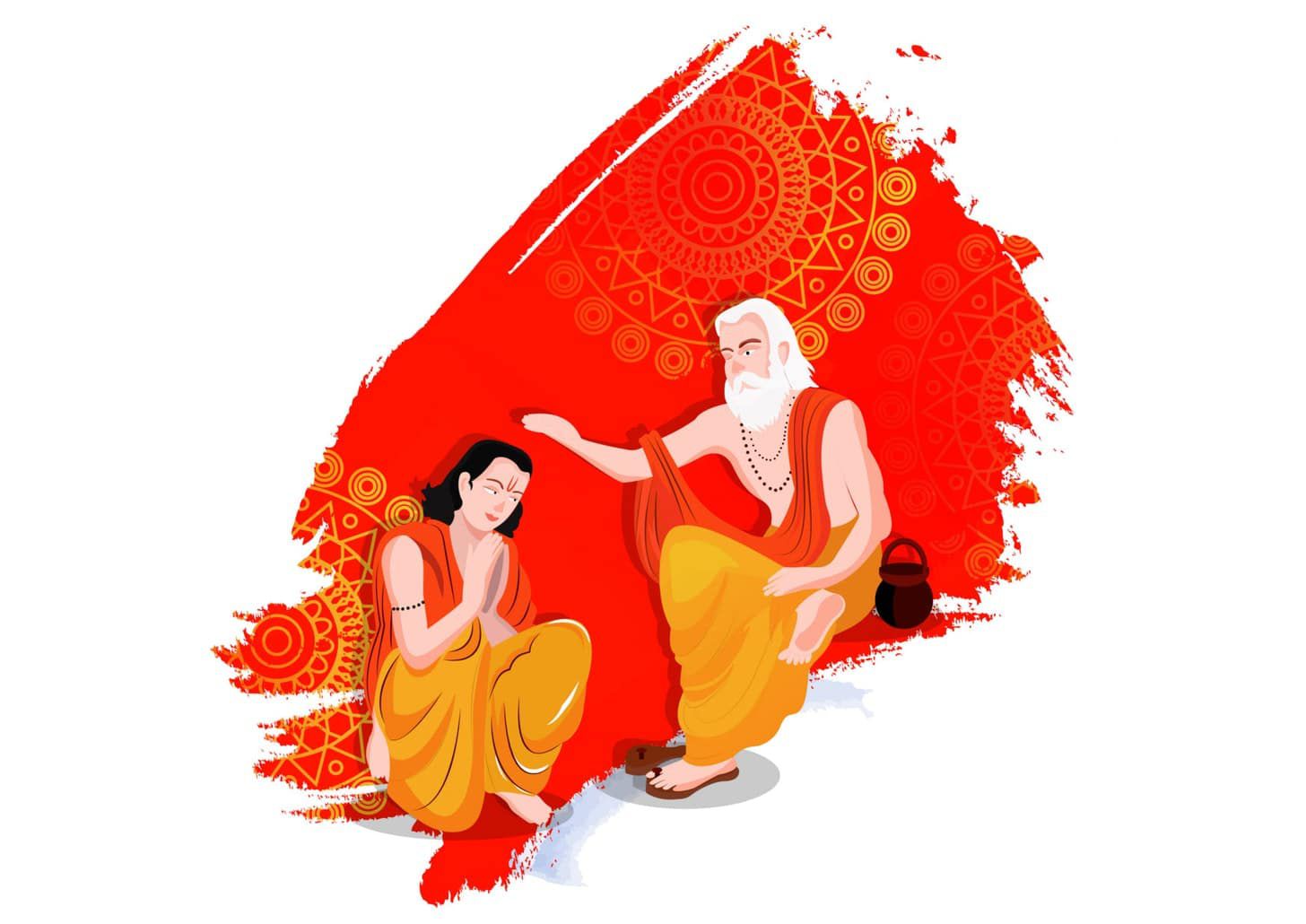 You can read the introduction for this post here: Introduction (Part 1)

Om! In the beginning, nothing else existed but the singular Aatma (Me). That witnessed the creation of the world.

In this verse, there is a term īkṣa (ईक्ष). It means to think or have thoughts. So, the typical translation of a part of this verse is: The Divine had a thought, “I will create the worlds.” The translator seems to have approached this from a poetic perspective.

On the other hand, my translation reads: That witnessed the creation of the world. I’ve used an alternate meaning of the term īkṣa: to observe or see.

Based on my understanding, this verse covers two stages of creation.

At first, there was a singular Divine, which the Vedic literature believes is Formless. It is known as Aatma or Me. It’s called “Me” because the Divine that exists in everything resides in me as well. That Formless Divine is the sole source of this universe.

Next, as the creation happened, That became the witness. It is the second stage of creation. In this context, That is a portion of the Divine known as the masculine principle.

According to Vedic scriptures, the singular Divine separated into two. One part of that is known as Consciousness or that which keeps us conscious. It remains in us as the witness or observer.

When we learn to stop our thoughts, we become mindful observers. That is, we become a Rishi, a Seer! In other words, we see everything intently, but there is no judgment. It is considered the divine state of Samadhi, or oneness with the Divine.

That created the universe. The heavenly mirage went on to form that heaven and earth, and everything beyond the sky. That mirage is the base of every form in space, be it the mortal world of earth or the underwater (nether) worlds.

Typical translation of this verse: The Divine created these worlds: Ambhah (water), Marichi (light), Mara (mortality), and Apah (water). Ambhah is above the heavens; heaven is the support. Marichi is in the sky, Mara denotes the earth, and Apah refers to the world underneath.

I’ve deviated from the typical translation. So, here’s a word-by-word meaning that I used:

The previous verse discussed a singular Divine. It also referred to a part of that Divine, which became a witness. Here, the scripture discusses the other division that actually created this universe.

That created this universe. What is That? It is the heavenly mirage or the creative energy of the Divine known as Maya. That creative energy is the foundation of this manifested universe. It is true regardless of what it is – celestial objects (heaven), the earth, or even in the nether worlds!

Even science has confirmed that everything in this universe is energy. All physical objects are an illusion or consolidated form of that universal energy. The scriptures refer to that ideology as Maya.

As per the Rig Veda, the singular Divine is formless and beyond any gender. The part that merely witnesses is the masculine. The universal creative energy (Maya) is the feminine. It is a repeated concept in Vedic literature.

You can read the next part in this series here: Part 3