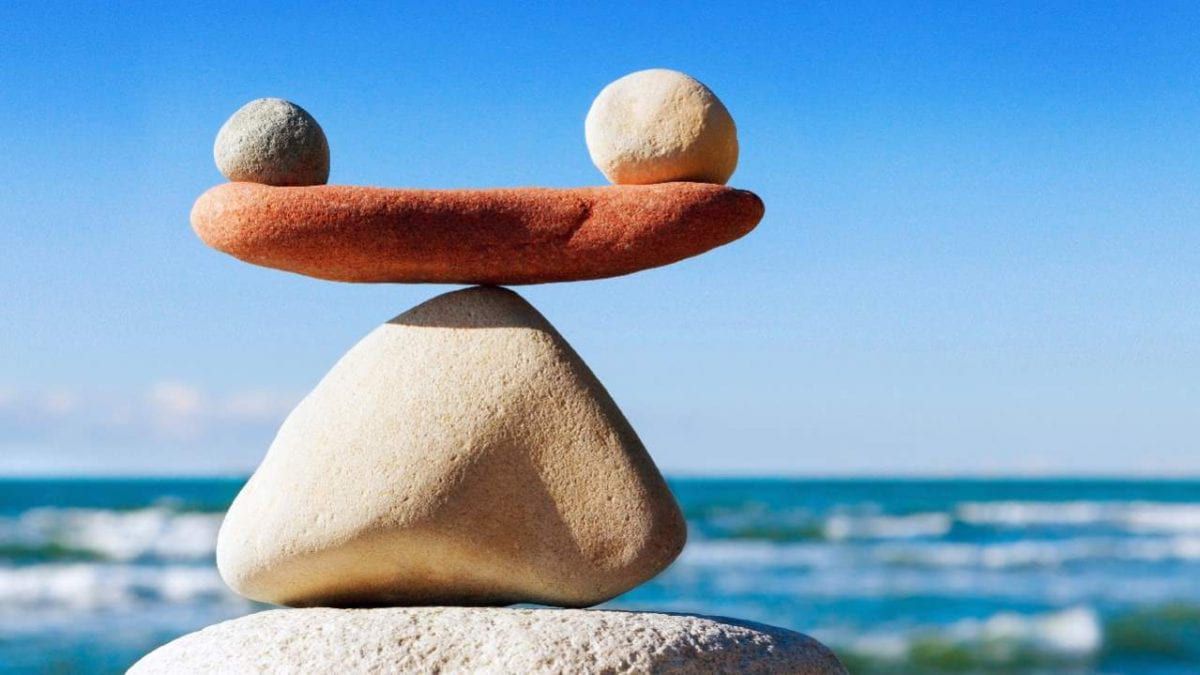 Getting over debilitating Depression

The million dollar question is how do you know or more importantly acknowledge  that you are depressed ? There are several well known symptoms and awareness created by mental health campaigns  In my experience ,however, there are 2 biggest hurdles why people in the clutches of depression fail to recognize it and ask for help.

1.       Self awareness and will power are the first victims of depression . We either fail to recognize we are sinking deeper and deeper into the treacherous holes of our own minds or even if we do ,there is little strength left to act on it  and  often we just shut ourselves off .

Recently,a bright young management trainee from a top-notch business school , who was working with me on a project opened up to me and said she had been feeling suicidal after combating relationship issues . After having a long chat with her ,I insisted that she should see a psychiatrist and if necessary take a short break from work instead of piling on further  performance anxiety .The next day she came to me in tears  revealing that she had tried telling her parents – both erudite and  in very senior positions in Government.  They were aghast and refused to acknowledge her concern much less seek medical treatment . “Psychiatrists are for nutcases and druggies ” . And who gives up their job if they are feeling a bit down on a couple of days , was their view .

My mother’s reaction  wasn’t very different either . She asked me to be “strong” and get on with life and  told me depression was nothing but my imagination. It took me a long time, therefore ,to consider sharing my own story and truth.

Depression can come from anywhere like an unannounced and unwelcome visitor with no particular reason for visiting either . Swami ji’s book When All is not Well gives several such case studies .

When and Why : If I think back – depression started settling on me  like dust on a surface , just after the demise of my Tata ji- my father’s elder brother- who had looked after me and my brother as his own children- after we lost our father ,very early in life .

He was the center of my life , my first Jyotish Guru(read here ) and a pillar of sunshine and support always .His departure in 2011 created a void nothing and no one could fill.

I had left my job just a few months back . I had a cushy job in  world’s biggest and most admired MNC in the consumer goods space . My job was not just well paying and prestigious – it was stimulating , exciting and imbibed constant challenge and learning . I had to leave ,since my son who was less than 2 years old at the time, had severe  asthma which couldn’t be controlled with inhalers and steroids and had to be constantly hospitalized .

For an achievement oriented person like me, the involuntary sabbatical early in my career came as huge  blow – as the external validation of success disappeared completely.  The pride and joy coming from achieving audacious goals as a team became a memory from the past .It was like a part of me had died.

I was always applauded – as a kid for chanting  Bhagvadgita from the age of 4 , for being a bright student a good debater and a creative writer . The external validation,  achievement and appreciation continued in the professional space and the sudden disappearance of it made me feel inadequate and worthless . Combined with the emptiness post Tataji’s demise  depression and despair sucked the life and joy out of me like Dementors in a Harry Potter novel.

Nobody noticed any change  as my husband was stuck in the hamster wheel of his own career .The days were dreary  .I just didn’t want to get out of bed , engage with anyone or anything and lost interest in everything .I stopped speaking to my friends and going out completely . My only thoughts were around how there is no point to this existence and how I seem to have lost everyone and everything I care for .

Any argument at home filled me with suicidal thoughts . I had researched all possible ways of ending my life , the risks and chances of failure associated with each method . If I tried I definitely didn’t want to fail .I stepped back from the brink, when after the perfect end of life  plan failing , I realized something is terribly wrong with my thinking and since my husband  wasn’t in the listening mode – I walked into Lilavati Hospital ,Mumbai and asked to see any available psychiatrist .The good doctor listened to me , administered several inventories and questionnaires and then declared with a grim face that I was suffering from severe clinical depression.

Medication :He put me on SSRIs (Selective Serotonin Reuptake Inhibitors) and sedatives and made an appointment to see me 3 weeks later with my husband .My husband on hearing this was instantly concerned .He  stood by me but we decided not to disclose the condition outside of telling my mother . 3 weeks later, a further 6 months of medication was given- and counselling from a psychologist recommended . I didn’t  appreciate the sessions with the psychologist at all  – but what I did appreciate, was that  the psychologist, after knowing my interest in reading – recommended a couple of books which ultimately became the first step of the ladder which helped me climbed out of the hole.

CBT : ‘Feeling Good’ by David Burns and the ‘Feeling Good Workbook’ -took me to the foundation of Cognitive Behaviour Therapy. CBT starts with  becoming aware of the debilitating thoughts and questioning the reasons behind them. Questioning negative thoughts logically prevents the spiraling of negative beliefs about self and others.  It also questions the current beliefs and makes you aware of the conscious and unconscious choices you make   CBT was the first step to mindfulness for me . I starting devouring books on CBT and texts on different other psychological approaches as well .  I studied  works of Sigmund Freud , Carl Jung  Alfred Adler and Viktor Frankl to  gain  a different perspective on our behaviours ,motivations and maladies .

Practicing CBT helped a lot – more than any medicine . Infact ,when I tried to stop the sedatives prescribed to me – some suicidal thoughts resurfaced and withdrawal wasn’t easy given their habit forming properties, but this time there was the guard of CBT keeping the unwanted intruders at bay . I would strongly recommend  Feeling Good workbook and The Choice by Edith Eger to anyone who wants to uplift their thinking and not just to those battling anxiety or depression.

Learning : I returned to my life long love of learning and reading . I picked up the study of Astrology during this time and continued with Psychology – getting a degree in both . This ,along with managing my two beautiful kids kept me occupied and kept at bay destructive thoughts . I was able to channel my mind to positive pursuits . I started the blog  which you  now find in ‘about the author’ summary. I picked up music again and after years tried to recreate the tunes of my favourite songs on the key board . Music is truly a tonic for the soul and can uplift your spirits in seconds.

Prayer : I wasn’t particularly religious . In fact ,after I had to recite the very Gita shlokas, my father taught me at his last rites – I didn’t find any meaning or comfort in scriptures -but as a kid, I had read a lot of them . I somehow went back to re-reading Upnishads and Puranas –  as a source of stories  for my young kids . From the original Gita press Gorakhpur classics in Hindi and Sanskrit that I read in my childhood, I was now reading the anglicized version. But some how and I didn’t even realize when –  the study  took my mind to worshiping Sri Krishna as my deity and  an unshakable belief  developed in His Grace  . I spent hours sitting in the ISKCON temples in Juhu and that became my home of solace and strength

Exercise : I hate exercising . But I picked up exercising at the gym solely to get back into some shape other than being spherical and  round,And help it did ,in staying active and clearing my head whenever negativity clouded my thinking .

The transformation didn’t happen in a day but it did happen.My husband  and my closest friends stood by me like a rock. Destiny gave me an opportunity to step back into teaching my favourite subject- Economics to graduate students  in 2013 and then to step into a corporate career with one of the most respected MNCs globally  in 2014 . I could build my career back again brick by brick after a 5 year break .  However ,I no longer depend on external validation in the fiercely competitive environment of my workplace , as the source of my self worth and am able to keep my emotions in check in pressure cooker situations too.

The inner demons keep resurfacing and multiplying  like avtaras of the demon Raktbija . But  now that I have  built up some mental resilience – they can’t take over my soul any more. I wrote my story in the hope of shining some light on the often ignored topic of mental health and also sharing my own truth as a survivor. I would humbly request everyone to be present non judgementally and unconditionally for anyone they know who is suffering and not dismiss concerns as frivolous  . Be the source of strength  for their near and dear ones- shining the light of hope like a Diya . Thank you all for your kind words. Your response overwhelmed me more than words can describe .

PS : I fully subscribe to Swamiji’s view of trying to get out of depression not through medication but through other approaches which he has articulated so well in his blog . I did  however complete my entire course of medication

O Come, All Ye Faithful…..
When Life Teaches a Lesson, Its for a Lifetime!!