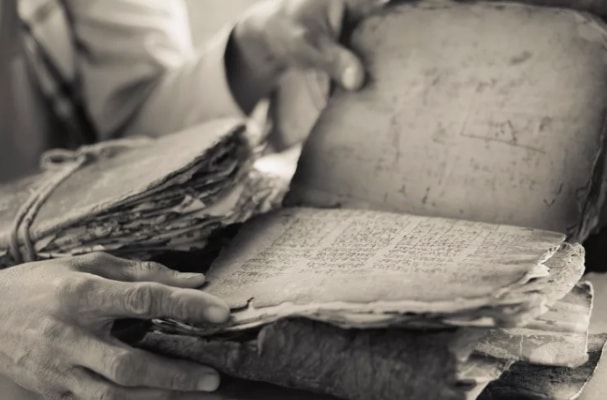 What you need to know about the India's most sacred texts:- Veda's

The Vedas are considered the earliest literary record of Indo-Aryan civilizationand the most sacred books of India. They are the original scriptures of Hindu teachings, containing spiritual knowledge encompassing all aspects of life. The philosophical maxims of Vedic literature have stood the test of time, and the Vedas form the highest religious authority for all aspects of Hinduism and are a respected source of wisdom for mankind in general.                       The word Veda means wisdom, knowledge or vision, and it serves to manifest the language of the gods in human speech. The laws of the Vedas have regulated the social, legal, domestic and religious customs of Hindus up to the present day. All the obligatory duties of Hindus at birth, marriage, death etc. are guided by Vedic rituals.

Origin of the Vedas
It is difficult to say when the earliest portions of the Vedas came into existence, but it seems clear they are among the very earliest written wisdom documents produced humans. As the ancient Hindus seldom kept any historical record of their religious, literary and political realization, it is difficult to determine the period of the Vedas with precision. Historians provide us many guesses but none are guaranteed to be precise. It is thought, though, that the earliest Vegas may date back to roughly 1700 BCE—the late Bronze Age.

Who Wrote the Vedas?
Tradition has it that humans did not compose the revered compositions of the Vedas, but that God taught the Vedic hymns to the sages, who then handed them down through generations by word of mouth. Another tradition suggests that the hymns were “revealed,” to the sages, who were known as the seers or “mantradrasta” of the hymns. The formal documentation of Vedas was done mainly by Vyasa Krishna Dwaipayana around the time of Lord Krishna (c. 1500 BC).


Login with Email
No Account? Create One
When Bricks and Brick Play Music
Fundamentals of Digital Marketing