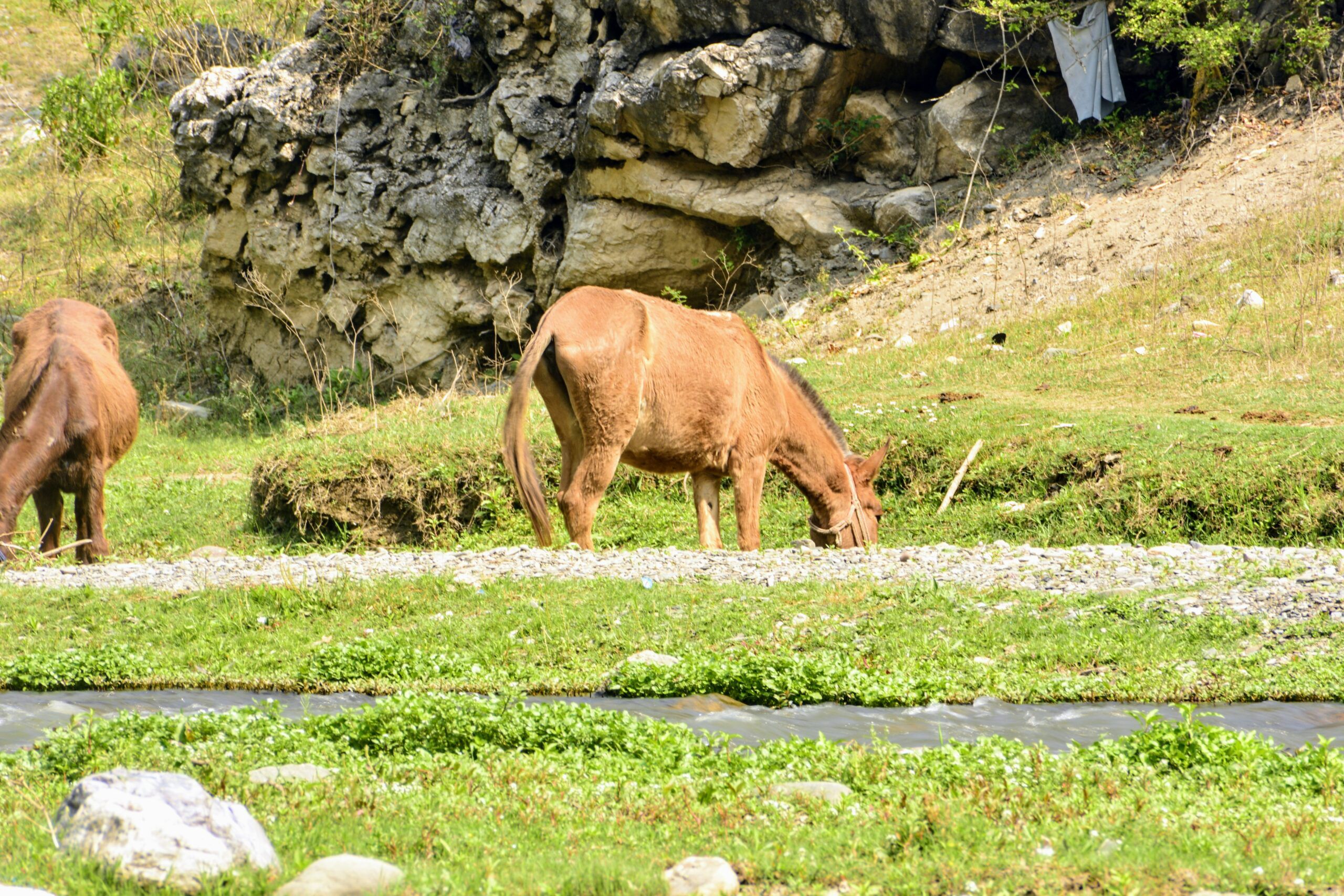 Sastang Pranam Swamiji. Let me continue from where I left in Part-9.

Then it was Shri Hari Aarti time. Sanghamitra came out and I went in. The Aarti started with full devotion. Swamiji was in full glory, but all of a sudden, Swamiji became stand still. With his Aussie accent he calmly told, “I am sorry, it’s totally wrong”. Actually, Swamiji skipped one stanza and jumped on to the next.

The facial expression of Sadhvi Shradhha Om ji was worth watching. With mouth wide open and exclamation mark on her both eyes, she just gazed at Swamiji as if trying to ask, “how can God commit mistake?” Anyway, Swamiji restarted the Aarti process and completed the same smoothly with full glory.

Then he came out of the garbhgriha and explained, “Usually while performing Aarti, I look at the beautiful face of Lord Shri Hari. But today, I was looking at his hands holding Sankh, Chakra, Gada and Padma i.e. the weapons. And as he was observing them with deep concentration, he jumped to the stanza of “Sankh, chakra..” in the Aarti. With a smile he continued ,”iss wajah se humne do baar Aarti gaan karliya, jaise Shri Hari ki ichha and he folded his hands.”

What a gesture of fine divinity! As a normal human being, we would have thought, even if we have been doing this thing (any repeated work) a million times, how could I make such and such mistake and what not, remaining in a loop all created by ourselves! But look what Swamiji did! He just smiled and with full honesty admitted what happened and also took it as God’s will. What a great teaching! If we can also adopt similar practice at least fifty percent of the time we commit a mistake or face problem, our ego will nosedive, a lot of friction with self and others can also be avoided and life will be much more peaceful. Swamiji always stresses upon this simplicity and tells “Simple is beautiful”. Yes, Swamiji, it is and please help us in learning and nurturing this simplicity.

Swamiji revealed that whatever Ramcharitmanas he read out, one tenth of that was sufficient to send him into deep Samadhi state. This is the level of his Sadhana. Then Swamiji started leaving the hall with utmost grace reminding the appointees that the last personal meeting of the session was scheduled on the next morning. Sanghamitra was outside the hall on the exit path of Swamiji. As Swamiji passed by, she bowed. Swamiji looked at her and blessed her with the trademark divine smile.

Sanghamitra and Sahil left for the room while I was totally astonished to see the clear sky. I told them that I would join them later. With such a clear sky, I could see a lot of stars. And I think that I had last seen so many stars in the night sky only during the power cut times in our childhood 😉. Now-a-days, thanks to pollution, penetration of electricity and virtually no power cuts in big cities, star gazing had long been forgotten. I recalled my childhood days when power cuts were regular and at night, we were able to see the stars, point out ‘Saptarshi Mandal’, used to track shooting stars and make wishes. Good old innocent childhood days!

I laid down on my back on the grass lawn and just started gazing at the stars. There were so many! Some were twinkling fast and some were slow. Some were moving also! But later I concluded that they were aero planes 😉! The peace which I found while laying down in the grass lawn, was just unparalleled. I became a child on the lap of Prithvi Mata. What a nice feeling! No mattress with whatever XYZ Technology can provide the comfort and feeling. I was totally absorbed in the divine feeling and becoming a child once again! Under Sadhvi ji’s guidance bhajan was going on in front of Shri Hari. With that sweet rhythmic vibration, I went into a trans state.

By the way : when did you last lied down on grass?

It was just like Swamiji’s eyes, deep enough to house millions of stars and galaxies. Once you gaze, you will forget your satta (existence) and will drown completely in it. His eyes are captivating and his smile is contagious.

When the dog came and smelled my head to confirm that I was alive 😉, I came to terms. Then I proceeded to our room to have the stored dinner and called it a day.